The collectables craze continues! Woolworths has confirmed a new partnership with Disney to ‘add a dash of magic’ to grocery shopping – and take on rival Coles over the latest supermarket battleground.

After days of speculation, Woolworths has confirmed its new collectables giveaway in the form of ‘Disney Words’, featuring characters from some of Disney’s most loved films, including Aladdin, Frozen, Toy Story and Moana on one side and a letter or symbol on the other, which can be used for multiple word play games.

The Disney Words campaign from Woolworths will run from Wednesday, 27 February and will feature 36 tiles for customers to collect. As usual, the collectables will be given out for every $30 spent in store or online. So, that’s a total cost of $1,080 on groceries – if you’re lucky enough not to get any double-ups!

Woolworths customers will also stand a chance to instantly win 1 of 10 VIP trips for four people to Disneyland Resort in California if they find an exclusive ‘Disneyland’ castle tile inside their pack.

The supermarket chain had hinted at a new Disney-themed promotion for several days after a Disney Mickey Mouse cut-out was spotted outside a Woolies store in New South Wales.

The new Woolworths campaign comes at a time when Coles is once again capturing the imagination of young shoppers – and parents – with its Stikeez collectables, following its hugely successful Little Shop giveaway in 2018. 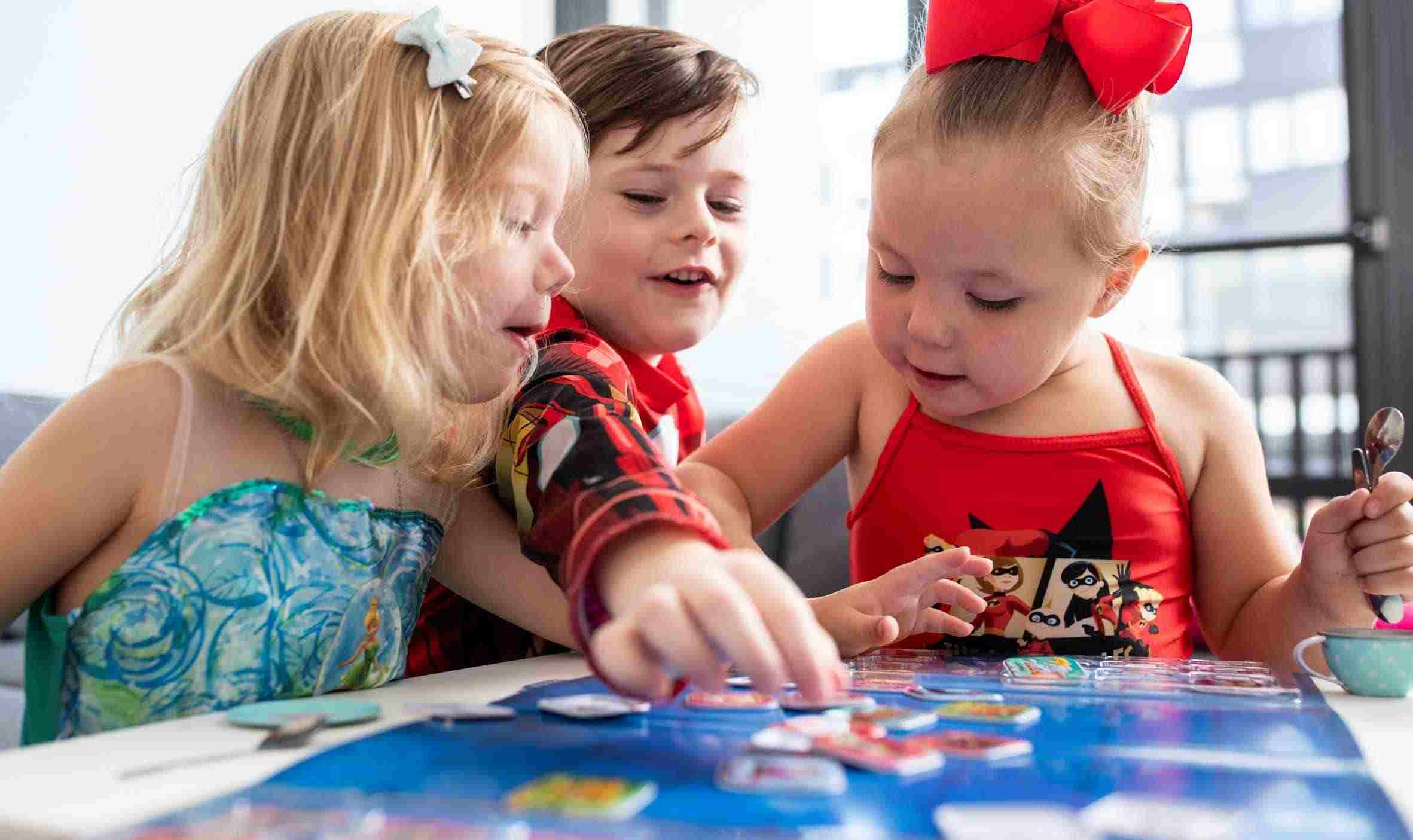 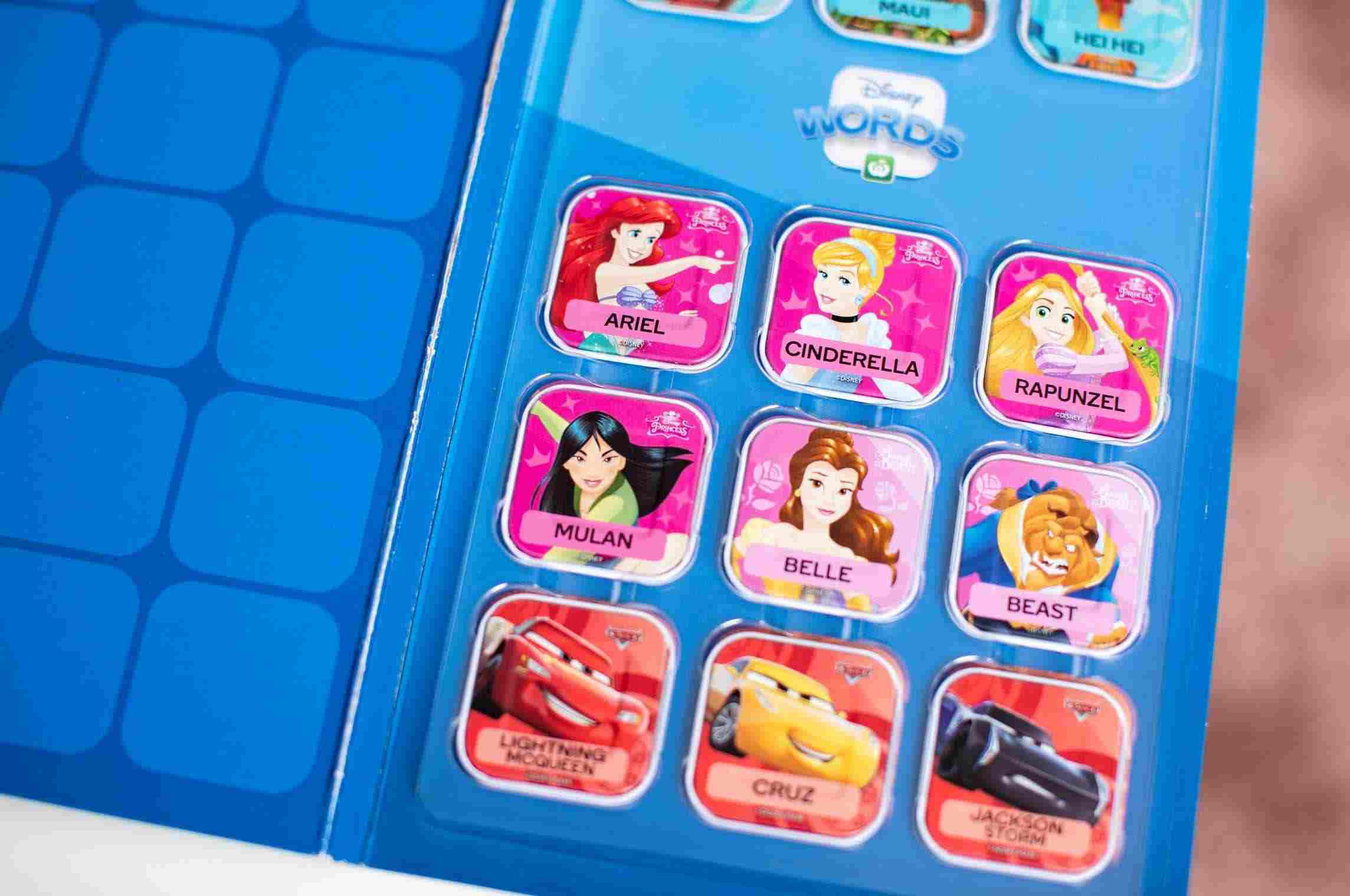 There are 36 Disney Word tiles across 11 movie titles to collect at Woolworths, including Frozen, Toy Story, Disney Princess, Moana, Cars, Aladdin, Mickey Mouse & Friends, Beauty and The Beast, The Incredibles, The Lion King and Dumbo.

Customers can also purchase a collector’s album for the tiles for $4, a carry bag to hold the loose tiles for $3 or a magnetic message board for $4. Bonus tiles will also be able to be obtained in store or online with the purchase of select participating products.

Disney Words follows similar collectable campaigns run by the supermarket over recent years, including the Woolworths Marvel Heroes Super Discs in 2017 and the Woolworths Dominos Stars in 2015.

Woolworths Supermarkets Managing Director, Claire Peters, said: “We set out to create a program with a difference, that will not only capture the imagination of kids and families, but can also make learning and literacy fun.

“With this in mind, we are really excited to be able to work with Disney again to launch our very own ‘Disney Words by Woolworths’.

“It combines the magic of collecting Disney’s iconic character tiles like Mickey Mouse, Cinderella and Buzz Lightyear while also using the letters on the back of them to create a whole bunch of fun word games.

“Whether you’ve grown up with Disney, or your kids are enchanted by it, we know that Australian families both young and old will be able to enjoy this program.”