You might think the two terms describe the same thing, but modems and routers are actually different. Today, however, they’re often used so interchangeably that they almost do mean the same thing – that little box you access the Wi-Fi through, and in fact, most modems today are modem routers, a mix of the two. But what are the differences between modems and routers, and which is best for your home internet needs?

What’s the difference between routers and modems?

Though the two terms are often used interchangeably, there is a key difference. Routers connect your devices around the home to each other, while your modem connects to the internet. When you connect to Wi-Fi you’re actually connecting to the router part of your box, which then forwards traffic through the modem component and to the internet.

Luckily, we’re not living in 2001 anymore and providers these days often include a hybrid modem-router in the package. This means that you simply need to ‘plug and play’ without fiddling with two devices. You’ll only need to get into the back end of the one device through a setup portal. You can also buy these modem-router hybrids separately to couple with BYO plans.

If you need a guide on how to setup a modem, we have a great one here.

Most devices on the market today may say they are a ‘modem’ or a ‘router’. However, the fact is the device you are purchasing probably includes both. 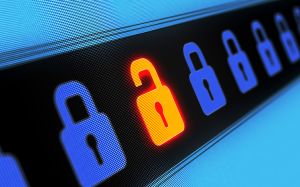 As briefly mentioned earlier, routers can be more secure, but why is this so? This is because it emits a Wi-Fi network in which your device connects to. This is instead of connecting straight to the internet through a modem. This alone can mean there’s an extra layer of security, but does not ward off attacks entirely.

Routers with firewalls can basically police your traffic, patrolling the type of traffic allowed and preventing malicious software from infecting your devices. Firewalls allow you to control incoming and outgoing traffic, and can provide peace of mind when surfing the web.

A modem often provides no such security, and as such can be dangerous if connecting directly to the internet through one.

This may come down to how you connect, rather than what device you connect to the internet through. Connecting via modem to the internet is likely through an Ethernet cable, and this generally leads to much faster speeds as opposed to if you connected through Wi-Fi.

Of course, buying the right router for your needs, and making sure it’s ready for the NBN can aid in securing faster Wi-Fi speeds. 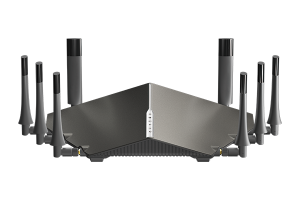 Prices are largely similar if comparing a like-for-like model in the router and modem spaces, however if combining the two into a ‘modem router’, prices can be dearer. Take the below examples from D-Link:

However, many retail networking devices these days are both a router and modem combo. Prices start at approximately just $40 to upwards of $1000 for the most premium models.

If you’re looking for a new provider and a new modem-router, then you can relax as many providers include a device on their broadband plans, often at no extra charge if you jump through some hoops. Below you’ll find a selection of plans with modem routers bundled in.

iiNet includes modem-routers with many of its plans over both ADSL and NBN connections, with discounts offered for customers who sign up to a plan for 6 months. Currently, iiNet’s included modme is $99.95 upfront on a no-contract plan, and $59.95 on a six-month contract. A $10 delivery fee applies.

With iiNet, unlimited plans start at about $70, and speed jumps on the NBN can be added from an extra $10 per month.

Dodo provides unlimited data from just $29.90 per month on ADSL, and on many plans includes a Wi-Fi modem. The included modem is a Dodo-branded ‘HG659’ modem and is $0 on a 24 month contract. 12 month contracts attract a $50 fee, while month-to-month plans see an increased fee to $109.

To get the best deals you usually need to sign up for two years, but to see Dodo include a high-performance router for $0 is promising.

Optus has unlimited data starting from just $60 per month across both the NBN and ADSL connections. Month to month plans attract a $200 set-up fee, which includes the modem, while 24 month plans have $0 set-up.

Optus also offers entertainment bonuses like Optus Sport and Fetch TV packages. To get the best deals you usually have to either sign up for 24 months or pay at least $80, but modems are included on most plans.

TPG has unlimited plans starting at around $60 a month and a choice of three speed tiers on the NBN – 12, 50 and 100. For $0 set-up customers have to be willing to sign up to an 18 month contract, but both contract types include a modem.

TPG stands out for having NBN 50 speeds at only $10 extra over its base plans, and a ‘typical evening speed’ on that speed tier of around 42Mbps.

Australia’s biggest telco includes its ‘Telstra Gateway’ modem with many 24 month plans, and has unlimited data from $99 a month. NBN plans start at NBN 25 by default, with speed boosts available from $15 a month extra.

The modem boasts AC classification and gigabit speeds, making it NBN-ready and capable of some fast speeds.

A number of other, smaller, providers also include modems as part of the plan – sometimes at no extra cost or on lengthy contracts! The standout providers below are:

There are many other providers that include modems as part of their plans, all you have to do is hunt around for the best deals. Keep in mind to get one included at no extra cost you may have to sign up for a year or more!

What should I get – modem or router?

If you’re in an electronics store scratching your head and the assistant comes over and you say either modem or router, they’ll likely refer you to the same thing. Because these days the terms are used pretty much interchangeably, and often both the modem and router come in one neat package. Today you can’t really go wrong, but if you have a modem only, you will need a router as well.

Alternatively, going with a provider with an included modem can take a lot of hassle out of the equation. Though if you’re a discerning buyer, going your own way may be more satisfactory. Remember – routers ‘route’ the Wi-Fi network around your home, and modems connect you straight to the internet. Happy shopping!