These two alternatives to FTTP are naturally slower, as copper lining is used to get the NBN to your door. Copper lining causes the capacity for internet traffic to be slower than with Fibre-Optic cables, although it is much more cost-efficient.

However, it is still slower – and you might be an Aussie who’s dissatisfied with their internet speed. After checking your connection for any damage, upgrading your internet plan and making sure there’s not much bandwidth being taken up by your connection, you might be left without many options. Thankfully, NBN Co has one final thing you can try – the Technology Choice Program.

What is the Technology Choice Program?

The Technology Choice Program is a Coalition government program aiming to roll out more powerful Fibre To The Premises internet to properties across Australia. The program gives Aussies the choice of converting their NBN type over from either Fibre to the Curb or Fibre to the Node, to Fibre to the Premises. It’s costly, but if you’re serious about your NBN connection being fast, it is certainly something to consider.

NBN Co says that every premises has the potential for an FTTP connection. This isn’t simply a switch they can flick to make work though. What happens instead is that a technician will have to come out and pull the copper wiring to your house out of the ground, and replace it with Fibre-Optic cable. Because of this it would take some time for it to work, and NBN Co isn’t giving any broad guarantees right now about when they can come to your property and install the Fibre-Optic cable.

Short answer: a lot of money. Long answer: it depends on a lot of factors – property type, distance from the node, and if you’re currently connected by FTTN or FTTC, just to name a few. Whirlpool has been keeping a list of quotes users have received, and some are reportedly as high as $80,000 – and that’s after the $300 quote fee.

This goes to show that the Technology Choice Program is really only for people short of being die-hards for fast internet. A way that you could make the Technology Choice Program more cost-effective is by banding together with your street to order the program as a whole for all of your neighbours, but even this will be pricey – but definitely a lot cheaper! In practice it makes a lot of sense, as getting NBN out to all of your neighbours is a lot easier than splitting up Fibre Optic cables from premises to premises.

How can I make my internet faster?

But beyond the Technology Choice Program, how can you make your internet faster? We’ve got a great article on NBN speed tests here, but really all you can do when dealing with ISP’s to make your net faster is get the best plan. Premium NBN 100 is the fastest readily-available NBN speed, ideal for heavy internet users who do lots of 4K streaming and online gaming – but keep in mind it’s not available to all technology types.

What kind of NBN do I have?

You can use the NBN Co rollout map to check your property and see what kind of NBN connection you have. We’ve also done a great deep-dive on this here.

We’ve compiled a great table of some of the best Standard Plus NBN 50 and NBN 100 plans below. 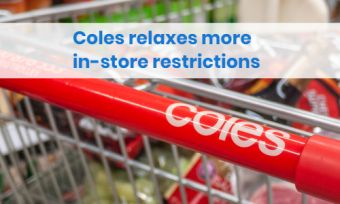 Woolworths Mobile EOFY sale: save hundreds on the Galaxy Note 10+