The National Broadband Network (NBN) is not far off completion, and if you’re not connected yet it’s probably only a matter of time until you are. Depending on where you live, the type of NBN can change drastically. The most common type of NBN is Fibre to the Node (FTTN). But what does FTTN mean?Find out below.

What is Fibre to the Node NBN?

FTTN stands for Fibre to the Node. It is part of the wider roll-out of the National Broadband Network and is the most common connection type, designed to be cheaper and easier to rollout. Fibre optic cable is run from a ‘point of interconnect’ (POI) to a central box in your neighbourhood or street called a ‘node’. Your house then connects to this node using existing copper wiring, which is being repurposed from existing phone and ADSL copper wiring.

Because FTTN uses the old copper lines for part of the overall connection, it’s designed to be cheaper to rollout than other types of NBN. However, it comes with some downsides in regards to potential speeds and reliability due to your old copper connection making up a sizeable portion of the cabling.

How Much do Fibre to the Node Plans Cost?

Generally speaking, unlimited data on the Basic Speed Tier on FTTN costs as little as $44.90 a month, with many providers offering something around the $60 mark. Data-capped plans are often cheaper, but if you’re a power user, they might not be right for you.

Typically there’s no difference in price between the connection types, and you’ll find prices stay the same on all connection types unless states otherwise. Keep in mind that on FTTN connnections some providers might not offer some deals. Telstra for example does not offer NBN 100 for FTTN customers.

Below you’ll find some cheap NBN plans to choose from.

What do I Need for FTTN NBN?

There is no special installation required by NBN Co, and there’s not much more you have to do for FTTN that you haven’t already done for your ADSL connection, provided that you’ve got an NBN ready modem. This is because your home already uses the existing copper wire connection, meaning you can connect as normal.

Once NBN has arrived in your area, you’ll have up to 18 months to make the transition before your old connection is turned off. In that time, it can be worthwhile shopping around for a new provider, finding out about the speed tiers on offer and ultimately finding the right plan for you.

You can get plans with bundled phones and plans with entertainment inclusions, but ultimately you should think about your internet speed first and foremost.

How Fast is Fibre to the Node?

FTTN can reach theoretically up to 100Mbps, however you’ll find typical evening speeds stick between 75Mbps and 90Mbps on the highest speed plan. However, fibre to the node customers are heavily reliant on how far they live from their node. Like with ADSL exchanges, FTTN customers farther away from the node have a diminished capacity to achieve top speeds.

Providers are not allowed to put customers on a 100Mbps plan if they live outside the 700m radius or if they test the connection and are physically unable to achieve a 100Mbps top speed.

However, there are a few other factors that can determine your real-world speed. This has given rise to what providers advertise as “typical evening speeds”. Evenings – between the hours of 7pm and 11pm – are when more people are online and when more members of the household are likely to be connected to the internet.

Different providers categorize their speed tiers differently; some focus more attention on the top speed tier, or the next speed tier down. The most popular speed in the country is NBN 50, which can reach 50Mbps in download speed and 20Mbps in upload speed. This is a great place to start with your NBN plan, as it gives you room to see how much you rely on your internet, and how demanding your household is.

Fibre to the node connections are the most common, but there are a number of other connections throughout Australia:

The National Broadband Network is Australia’s largest infrastructure project in history, and as you can probably tell from the above seven technologies, it’s a complex and messy one. If you want to keep it simple, it can pay to check your address with a provider to see what’s available at your place and go from there.

Should I worry about my Fibre to the Node connection? 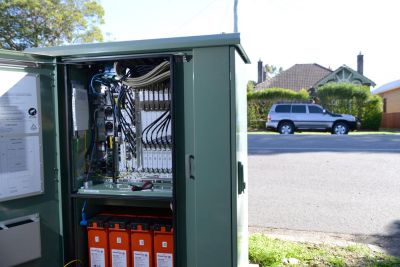 The good thing is you’ll be part of the most common type of NBN, and ultimately, it’s neither good nor bad. You don’t have much choice, and while other connections might be able to provide more reliable speeds, it’s not worth losing sleep over. There are a number of things you can do to gear yourself up for NBN:

Overall, you don’t have a choice about whether you’re connected to FTTN or not; that’s in the hands of NBN Co. However, if you are concerned, you can look at the NBN alternatives as having an active NBN plan isn’t compulsory! Be sure to shop around, and consider your needs before jumping into a plan. 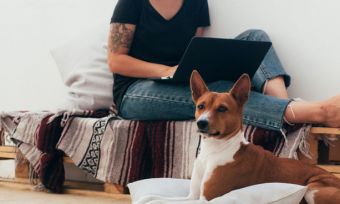