When you’re buying a new phone, especially through a telco, it’s important to know if your phone is unlocked. While you might technically be paying off your phone over a couple of years, by the end of that contract, the phone is now yours and you might want the freedom to be able to switch phone plans.

What is a ‘locked’ phone?

A locked phone is a mobile phone which is ‘locked’ to one mobile network carrier. Typically a telco that sells a phone might have it locked to that network. In Australia this would most likely mean it is locked to either the Telstra, Optus or Vodafone network.

If a phone is locked to a certain network, that means that SIM cards, and therefore plans, from other telcos will not work on that phone. In order to use a locked phone, you’ll need a SIM card (and phone plan) from that provider in order to access call, SMS and data functions. Locking phones used to be quite standard in Australia, however it is now a less common practice.

How do I know if my phone is unlocked?

Locked phones aren’t nearly as common as they once were, however some phones may still be locked to a carrier. Postpaid phones (phones that you pay off monthly with a monthly bill, often in combination with a phone plan) are generally not locked to Telstra, Optus or Vodafone. Newer devices, like in the case of newer iPhones, are not typically locked to a network.

However, prepaid phones (phones on offer from telcos, paid outright in advance, and often bundled with a prepaid SIM) are usually locked to a network. That means if you buy a prepaid phone from Telstra, Optus or Vodafone, there is a high chance that the phone is locked to that provider’s network. Older phones (including postpaid) might also be locked to a network, so that’s something to be wary of if you have a device that is a fair few years old.

If you’re still unsure if your phone is unlocked or not, the simplest way to find out is to contact your telco. You can also try using a SIM card on another network to see if it works — if your phone is locked, you might see a pop up dialogue box asking for an unlock code. If you have an iPhone, you can go to Settings > General > About, and under the EID number, it should say ‘Network Provider Lock’ and next to that, if it is unlocked, it should say ‘No SIM restrictions’. 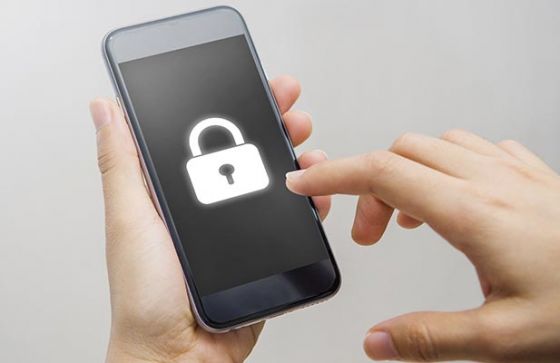 Do I need an unlocked phone?

Having an unlocked phone is great, because it means that you are free to switch SIM cards and providers, while keeping the same phone. Some of the cheapest or best value for money phone plans tend to be from smaller telcos, known as mobile virtual network operators (MVNOs). So if you’re looking to save a bit on a phone plan, or just want to try a new provider, having an unlocked phone makes it easy to buy a new SIM, set it up and go.

However, if you’ve bought a postpaid phone on a plan, keep in mind that while your phone may be unlocked, you’ll likely be on a contract and paying for your device monthly over a certain period (12, 24 or 36 months). Your phone may also be bundled with a mobile plan from the same telco. If you choose to cancel your plan, you may need to pay off the remainder of your device.

If you have a locked phone, but are happy with the plan from your current provider, then it doesn’t really matter if your phone is locked or not, unless you’re travelling overseas and plan to buy a SIM card to use internationally. However, it’s a good safety net for the future if you might decide to switch providers.

How do I unlock my phone?

Unlocking your phone might be different between each telco, however, you’ll need to your IMEI (International Mobile Equipment Identity) device serial number on hand. You can either find this by going to your phone’s settings and finding the ‘about’ section that tells you details such as phone model and storage size (this might differ between devices), or you can dial *#06# on your device: the first 15 numbers that appear are your IMEI numbers.

Once you have that number, you can get in touch with your telco to request your device to be unlocked. Some telcos might charge you an unlocking fee, especially for prepaid phones, so it’s worth checking this in advance to ensure you’re able or willing to pay this fee.

If you want more detailed information about locked phones from Telstra, Optus or Vodafone, you can read our brand-specific guides:

If you have an unlocked phone and you’re looking for a new SIM-only plan, the following tables show a range of postpaid and prepaid phone plans to compare. Switch between the tabs to see the prepaid and postpaid plans.