It goes without saying that the sheer size of Australia makes finding mobile reception outside of the coastal fringes can be hit and miss. If you’re away from a city or large regional town you may find it’s difficult to get reception on your mobile phone at the best of times, let alone reliable reception. Luckily, Telstra has stepped up to the plate and physically tests out a range of mobile phones to see whether they are suitable for use out in the bush. Compare the range of ‘Telstra Tick’ phones below and find out what you need to do to get the most out of your phone.

What is ‘Telstra Tick’?

The Telstra’s ‘Tick’ program denotes a series of tests Australia’s largest telco undertakes on various phones and classifies them as A, B or C Class coverage. ‘C Class’ phones are the ‘Blue Tick’ models and have been certified by Telstra as being best for the bush.

Up until 2017, phones rated with the Blue Tick were 3G only, largely owing to Telstra’s larger-spanning 3G network. In April 2017 that all changed when the first 4G Blue Tick phone came out – the Samsung Galaxy S8 series. With the Blue Tick certification, the Galaxy S8 series comes recommended by Telstra for use out in the bush. of course, Samsung’s phone releases post the S8 series, are also ‘Blue Tick’, including the now 5G-capable Samsung Galaxy S21 series (minus the Ultra).

How does Telstra test its Blue Tick phones?

Telstra tests phones for Blue Tick certification based on receiver sensitivity. One component includes physical testing where a technician literally holds the phone in five different ways in order to gauge the transmission strength of the phone’s antennas.

Signal strength is measured as ‘dBm’, which stands for decibel-milliwatts, and even one extra dBm can result in about 2km extra coverage when you’re on the fringes of reception areas. All tests are taken out by the same technician in a controlled lab as hand size can affect signal, given that phones do not come with big bulky antennas anymore.

If you’re on the fringes of coverage, a Telstra Tick phone may be able to provide better signal strength than other phones. Of course, the telco also recommends a Telstra phone plan, which is oftentimes the only carrier to get reception in regional and remote areas. 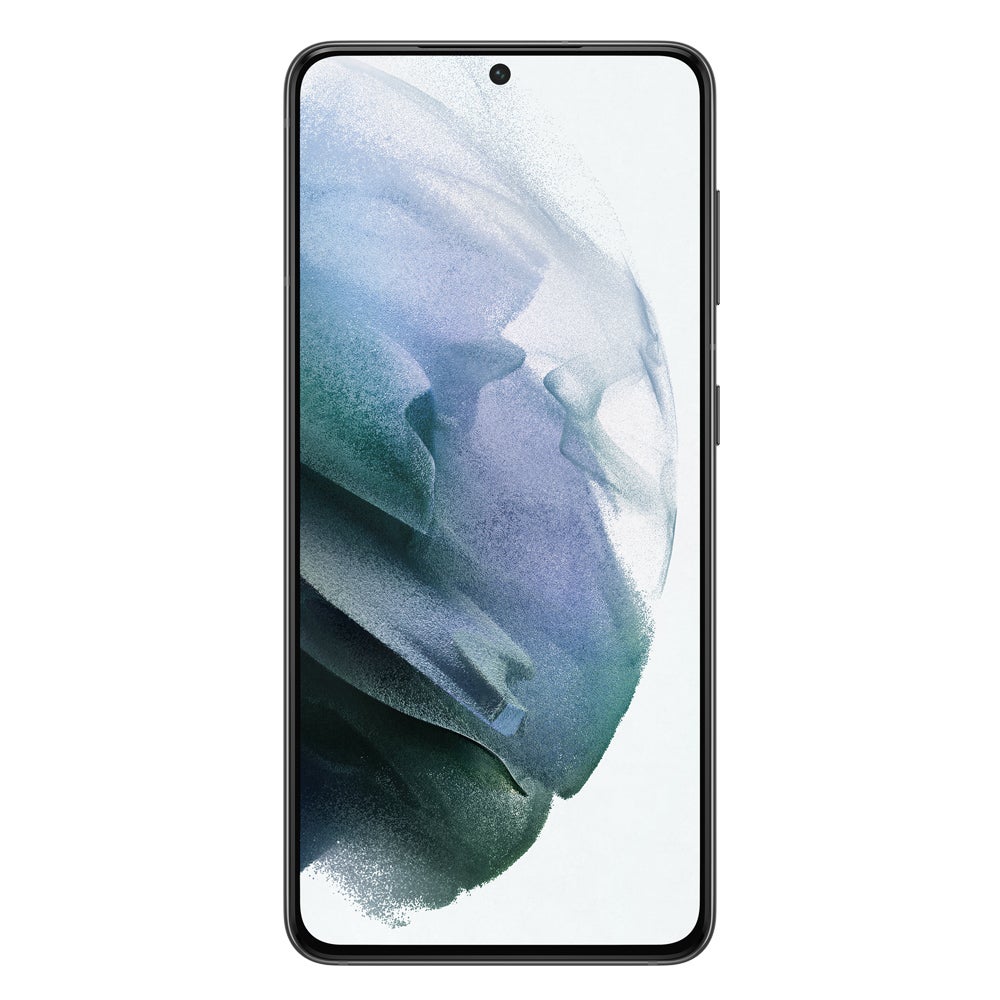 Perhaps the biggest bonus to the Telstra Tick certification is that some of the most popular smartphones are on the list – you don’t have to purchase some obscure or inferior smartphone in the name of getting reception. Some of these devices are only available on a plan, while others are available to purchase outright from Telstra. The current list of available devices includes:

As you can see, some popular smartphones are on the list, so you don’t have to go out of your way to get better reception. Below you’ll find Telstra’s postpaid plans; they have 4GX capability, but you’ll need to have a 4GX-compatible phone and be in a 4GX area to get the best speeds. These plans are also capable of 5G connections (excluding the Small plan), but you’ll need to be in range of Telstra’s 5G signal.

If you’re interested in a phone plan with a ‘Blue Tick’ phone, such as the Samsung Galaxy S21, you’ll be able to select any of the four Upfront Telstra plans to bundle with your device. The following table shows all published Telstra postpaid plans on Canstar Blue’s database, listed in order of cost, from the lowest to highest. Use our comparison tool to see plans from a range of other providers. This is a selection of products with links to a referral partner.

What do I do if my phone is not on the list?

Don’t panic! Just because your phone is not on the Telstra list, doesn’t mean that it’s inadequate for rural coverage. The Telstra Tick can provide peace of mind and help with the decision on which device to choose next, especially if you live in an area with temperamental reception. You don’t need the latest and greatest phones – the phones on the list are simply certified as ideal for regional Australia. Your phone will likely still work!

It’s also important to remember that testing can take a while, so if your phone is hot off the press, don’t expect to see Blue Tick certification straight away.

Telstra Tick: Is it worth it?

Telstra’s Tick program comes at no direct cost to the consumer and provides peace of mind, much like a Heart Foundation Tick on a box of cereal. Perhaps the biggest proponent of the certification is the fact that many popular smartphones are available with the tick, which is good to know if you’ve been eyeing off the latest Samsung devices.

That said, is it worth switching your phone to a Telstra Tick-certified one? If you’re living in or travelling to remote areas, it could mean the difference between a bar of signal and nothing. Considering Australia is a vast land with most of it being inhospitable, it could work as a lifeline in some situations. If you feel you really do need a device for regional travel, buying a cheap Telstra Tick flip phone with a Telstra prepaid plan could be a great solution when in remote areas and keeping your current smartphone for regular duties.

The Telstra Tick program is unique to Australia, and Australia’s largest telco carrying out the tests can provide peace of mind. While it’s hardly worth buying a new phone unless you’re travelling to a remote area, a Telstra Tick phone could provide the difference between no signal at all and making a call when you need it.