McDonald’s has revealed the last two limited-edition dipping sauces as part of its ‘Sauces in July’ promotion. Drum roll please… the spicy new flavours include curry and Mighty Hot sauce!

Both sauces are now available from Macca’s restaurants nationwide until Tuesday, 2 August, while stocks last.

Curry sauce is a crowd favourite in the UK and is reported to taste ‘delicately spiced and fruity.’ Apparently, it’s intended to resemble the iconic yellow curry sauce often poured over fish and chips. Need we say more? 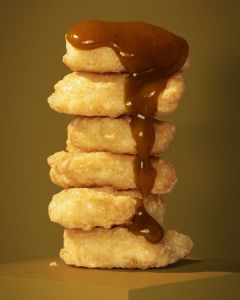 The Mighty Hot dipping sauce − coming in hot straight from the US − is promising to bring the heat to your nuggets! It originally debuted alongside spicy nuggets which were a limited-time menu item but was brought back swiftly due to popular demand. The Mighty Hot sauce is said to take chilli to the next level. 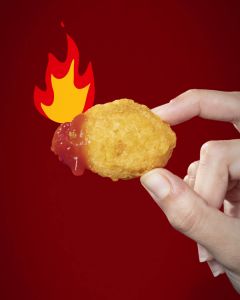 Customers have been speculating about the final two limited-edition sauces to drop, ever since McDonald’s released the Cajun and Szechuan sauces earlier this month. Macca’s released four famous dipping sauces from around the world as part of its ‘Sauces in July’ promo. The first release of dipping sauce flavours to pair with McNuggets (aka the best items on the menu), was a boon among Aussies, almost completely selling out within weeks of their release.

If you want to try these delicious sauces you’d better get in quick, they’re only available until Tuesday, 2 August, or while stocks last. Anyone up for a trip to Macca’s?