After announcing the upcoming inclusion of mature-content on Disney+ back in December at its Investors Day, Disney has now revealed when Aussies can sit down for more than just kids shows.

And it’s not far away.

Launching on February 23, 2021, Star is set to add over 600 shows and movies to the platform, including titles like Deadpool, Coyote Ugly, Starship Troopers, 28 Days Later and Three Billboards Outside Ebbing, Missouri, along with TV series Castle, Family Guy, How I Met Your Mother and Prison Break.

The bulk of the titles come from the libraries of 20th Century Fox, which Disney acquired in 2019. 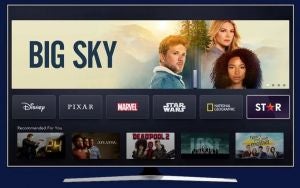 However, parents will be glad to know that you can set parental controls to ensure that your kiddies don’t swap Bruce the Great White Shark from Finding Nemo for Bruce Willis in Die Hard.

Star content will automatically be added to the Disney+ platform on February 23, with all current subscribers gaining access immediately, and for free (for the time being).

Considering that Disney+ was already one of the cheapest streaming platforms available to Australians – and that you’ll be getting more than 600 new movies and shows to watch (on top of the 50 titles already slated for release in the coming year or two) – a price increase that only kicks in later in the year may be just the thing to fill that Mandalorian-shaped hole in your heart.