Basketball has become a hugely popular sport in Australia in recent years, thanks partly to our obsession with anything American, but also our appreciation of the world’s best athletes. From the English Premier League (EPL) to the National Basketball Association (NBA), we love to see the best sporting action on our screens and streams. And for basketball fans, there’s the added bonus of the FIBA Basketball World Cup. So, how can you watch every slam dunk here in Australia? Fortunately, you have a couple of options.

How can I watch the Basketball World Cup in Australia?

The new home of sports streaming, Kayo offers a number of basketball broadcasts, including the NBA, WNBA, NBL, and U17 and U19 FIBA World Cups. Kayo will broadcast Basketball World Cup games both live and on-demand, meaning you’ll be able to catch all the action as well as ensure you don’t miss out on any sleep.

For the 2019 FIBA World Cup, Foxtel has secured broadcasting rights for throughout the competition, including all Australia games from the knock-out rounds all the way through to the Grand Final. Games are available live and on-demand, allowing you to either stay up-to-date with the results, or catch the action in your own time.

For those who can’t make it to the TV in time, or looking for additional behind-the-scenes action, the official app of the 2019 FIBA World Cup may be worth looking into, offering game highlights, live score updates and press conferences.

Free to download, the 2019 FIBA World Cup app is available on the App Store and via Google Play, with allowing you to select up to three teams and 10 players to track throughout the competition, ensuring you don’t miss a second of the action from your favourite players.

Those only keen on the highlights (or only have a few minutes to catch up on all the news) can tune into FIBA’s official YouTube channel for daily match reviews and previews.

What is the FIBA Basketball World Cup?

The FIBA World Cup is a basketball tournament played by countries that are part of the International Basketball Federation (FIBA). Founded in 1950, the competition has grown to feature nations from all around the globe, with teams now qualifying over a two-year cycle. Teams can qualify through:

When does the Basketball World Cup start? 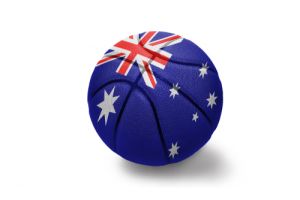 Played between August 31 and September 15, the FIBA World Cup consists of two qualifying rounds, before teams move onto Quarter Finals, Semi-Finals, and the Grand Final. This year’s competition is being held in China.

The Aussie Boomers will play in Group H, which will see them face off against Canada, Senegal and Lithuania, with broadcast times listed below: