How to watch the Bundesliga

To tune in for all your German football needs, you can watch the Bundesliga on Kayo, Foxtel, as well as through beIN SPORTS.

Kayo offers plenty for football fans, including a number of matches per round of the Bundesliga. Kayo also offers a number of highlights from both the current and previous seasons, giving you plenty to keep you entertained.

Through Foxtel’s Sport Package, you can watch the Bundesliga through the beIN SPORTS channel (channel 513), where you can view all nine matches of each matchday either live or on demand.

While you can tune into beIN SPORTS via Foxtel, you can also get beIN SPORTS as a separate service, ideal for when you’re after just your football fix. beIN SPORTS showcases a number of matches per round of competition, both live and on-demand. 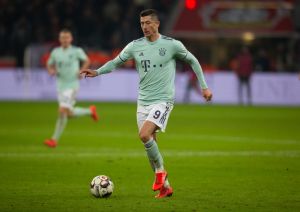 How many matchdays are in the Bundesliga?

The Bundesliga has 34 matchday fixtures, meaning there’s still a few months’ worth of football to go at the time of writing.

Which teams are likely to top the Bundesliga?

Bayern Munich and Borussia Dortmund are the leading two teams once again, as is commensurate for the Bundesliga. Leverkusen and surprise entrant Union Berlin round out the top four, however overtaking Bayern Munich in the title race will be unlikely.