It’s been a long time coming, but Google’s home-grown Pixel brand has finally entered the premium wearables game, with the launch of the first-ever Pixel Watch.

While the debut wasn’t exactly a surprise, it’s a welcome announcement for Pixel phone owners looking to pair their device with a Google-built smartwatch. The Watch is set to hit stores later this year, likely alongside the Pixel 7 smartphone series in October. 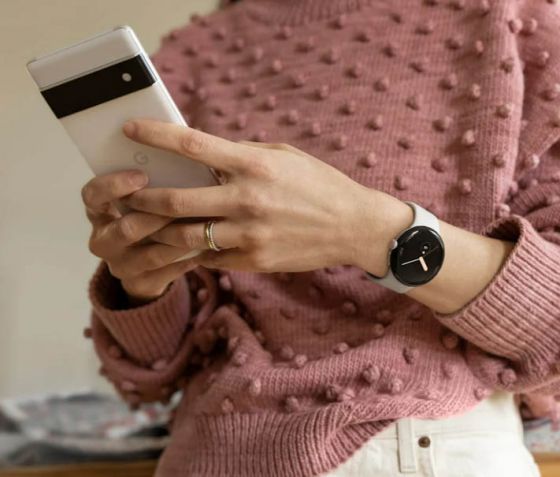 Google’s Pixel Watch: what we know so far

Although Google has owned fitness tracking brand Fitbit since 2019, the new Pixel Watch is the first Google-branded product to compete directly against the Apple Watch and Samsung Galaxy Watch in the premium wearable space.

The Pixel Watch features a rounded design that’s more in line with Samsung’s Galaxy range than the squared-off Apple Watch series. Alongside the elegant aesthetic is health and fitness integration via Fitbit, so you’ll still be able to track your activity, especially if you have a Fitbit account and accompanying app.

Google has crafted the Pixel Watch with a tactile crown at the side, and a recycled stainless steel build. You’ll be able to swap between bands, but details on band designs and colours are still under wraps.

The device will run Google Wear OS, with a refreshed, ‘fluid’ interface and all the best Google apps including Maps, Assistant, and Wallet. It seems like the Watch will tick all the usual smart wearable boxes: you can control music and media on connected Pixel devices directly from your wrist, as well as receive and manage notifications from your phone. 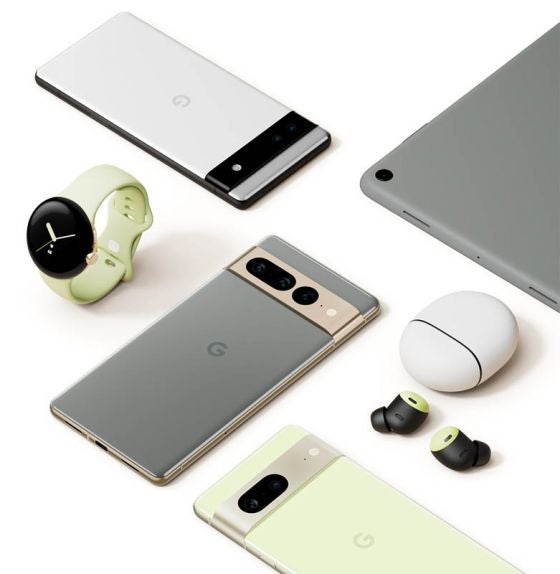 The Pixel Watch will be available in both Bluetooth and cellular versions, but there’s a downside: you’ll need to pair your phone with a device running Android 8.0 or later, and the Watch also requires a Google Account. While this is unlikely to be a problem for existing Android or Google fans, it does mean that the Pixel Watch isn’t compatible with iPhones.

With the actual Pixel Watch launch slated for late 2022, details on specs and other features haven’t been released. But it’s clear that Google is making a play to steal Apple’s thunder by promoting an integrated ecosystem for its Pixel product range, which also includes the just-announced Pixel Buds Pro.

Much of the Pixel Watch announcement focused on how the device will connect and work with Pixel phones and earbuds, similar to the seamless relationship between Apple’s iPhone, Mac, iPad, Apple Watch and AirPod ranges. For Pixel phone lovers, the Watch could be an attractive alternative to Samsung’s Galaxy Watch, and a more stylish fitness option than the practical design of the Fitbit.

When can I buy the Google Pixel Watch?

The Google Pixel Watch was announced at Google’s I/O keynote, alongside the up-and-coming Google Pixel 6A smartphone. The company also showed off the new Pixel Buds Pro, and confirmed a new Google Pixel Android tablet will be released sometime in 2023.

We’ve got a few months to go before Google’s Pixel Watch is available in Australia, and prices are still a mystery. We’ll keep you updated on when and where the Pixel Watch will go on sale, and on just how much you’ll pay for the brand-new wearable; until then, you can check out Australia’s best-loved smartwatches of 2022 via the link below.

The following table shows a selection of published 24-month plans for the 128GB Google Pixel 6 Pro on Canstar Blue’s database, listed in order of cost, from the lowest to highest and then by data allowance, largest to smallest. Use our mobile phone comparison tool to see plans from a range of providers. This is a selection of products with links to referral partners.

The following table shows a selection of published 24-month plans for the 128GB Google Pixel 6 on Canstar Blue’s database, listed in order of cost, from the lowest to highest and then by data allowance, largest to smallest. Use our mobile phone comparison tool to see plans from a range of providers. This is a selection of products with links to referral partners.