Microsoft’s Xbox One is arguably one of the best consoles on the market, as its rivalry with PlayStation 4 has been a long and disputed one for the top standing. Xbox One gamers are equipped with an easy platform and interface as you play the latest bestselling hits while having access to selected and classic Xbox 360 games in backwards compatibility.

That’s not all the Xbox One does, as you can surf on the internet or watch YouTube, Netflix, Stan and many more entertainment apps to cure your boredom. Streaming is a big part of Xbox One’s group of players, as you can use Twitch, Mixer and other apps to either broadcast your gaming highlights to the world or watch the best of the best play your favourite games.

What is the Xbox One compatible with?

The Xbox One has two separate hardware consoles. The Xbox One S, which enables gamers with 4k quality, and the Xbox One X, both providing compatibility with their older Xbox brother. The Xbox One X offers gamers a powerful and dynamic experience with the new Scorpio engine, as these two new consoles don’t differ much from the original Xbox One in terms of layout and design but do when looking at power and game quality.

The Xbox One’s backwards compatibility mode is a significant distinction to other consoles in terms of game accessibility, with gamers being given the nostalgic opportunity to play some of their favourite games from their childhood and younger years.

Xbox 360 games can you play on the Xbox One

Popular games exclusive to the Xbox One include the popular Forza Motorsport series, with the Horizon chapter widely being considered the best free roam driving game of the past decade. Other games include Halo 5: Guardians, Quantum Break, Cuphead, Sunset Overdrive and more.

Prices for the Xbox One consoles are as follows:

Sony’s PlayStation 4 (PS4) is a gaming console that provides its players with everything at their fingertips, from exclusive games to stunning HDR visuals, multiplayer fun and media entertainment from your favourite apps. There’s a reason its considered one of the top consoles on the market.

What can you do with the PlayStation 4?

The PS4 is well connected with the entire PlayStation community, making it easy to socialise with other players, as you can watch or stream your favourite games via Twitch, Dailymotion and YouTube on the PlayStation. Other facets include the entertainment apps readily available such as Netflix, Stan, Foxtel Now and more with it just taking a flick of a button to change from your current game to your current TV-show binge!

The PS4 is compatible with its newer counterpart, the PlayStation 4 Pro, with the console offering the addition of 4K visuals for enhanced and dynamic visuals for the viewers. Both the PS4 and the PS4 Pro are also compatible with the new PlayStation VR, which is an innovative take on the virtual reality gaming world, offering 360 degree vision at 120 fps with 3D audio and a built-in mic at your disposal.

Popular games on the PlayStation 4

Popular games used widely on the PS4 include Fortnite, Black Ops 4, FIFA 19 and NBA 2K19. Popular games exclusive to the PlayStation 4 include the blockbuster Marvel’s Spiderman. Other popular exclusives with the PS4 comprise of the God of War series, Uncharted, Ratchet & Clank, Gran Turismo Sport and The Last of Us. These games provide a unique experience on the PS4.

All of the VR games encompassed in the virtual reality compatibility within the PS4 are exclusive to the console, with VR versions of Star Trek: Bridge Crew, Skyrim, Firewall: Zero Hour, Farpoint and many more available for purchase at leading retail stores.

The prices for the PS4 + VR models are as follows: 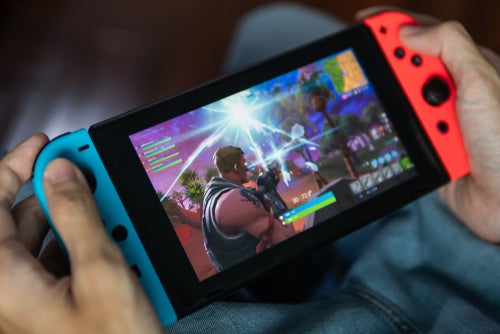 The Nintendo Switch is a handheld multi-customisable gaming device, a contemporary take on gaming devices and entertainment. With detachable and coloured ‘Joy-Cons’ on each side of the Switch, you can customise your device, connect with friends nearby, play split screen on some iconic Nintendo games, and catch up on your favourite TV show. These are just some of the many facets incorporated into the Nintendo Switch.

What can the Nintendo Switch do?

With a 6.2 inch, multi-touch capacitive touch screen displaying a resolution of 1280 x 720, this device’s size and accessibility is what makes it such a unique and sought-after gaming console. The base Switch allows two-player gaming, with each player using a Joy-Con (one controller per person) as you can use/purchase more Joy-Cons for 3+ player games such as Super Smash Bros Ultimate and more.

With HD rumble and advanced vibration features built into each Joy-Con, with a 4 hour + battery life, this device is everything you need when you’re on the go and unable to play at home. But when you are home, don’t fear the small screen as you can link it with your nearest and biggest television to enable higher resolution and a bigger platform for entertainment + gaming for yourself, friends and family.

While the Nintendo Switch and the Nintendo Switch Lite share many similarities, the main distinction between the two is the Lite only able to be played in hand-held mode. The Nintendo Switch is placed at a higher price point due to its more diverse functionality, including being able to connect to a TV or other HDMI-accessible display for a more immersive and large-scale experience. The Nintendo Lite is more tailored towards on-the-go gamers and provides a budget-friendly alternative to the original Switch.

What is the Nintendo Switch compatible with?

Compatibility with the switch is very limited, as Nintendo wanted to make the Switch an all-new and dynamic experience, hence not allowing backwards compatibility, a similar pathway to the PlayStation 4. Connection with nearby Switches is allowed, as you can vs your friends on the comfortableness of your own device.

Here are some prices for the Nintendo Switch consoles and accessories:

Popular games on the Nintendo Switch include a lot of Nintendo classics both remastered, original and some fresh crowd-favourite games. These include The Legend of Zelda: Breath of the Wild, Super Mario Party, Minecraft, Crash Bandicoot, Mario Kart 8 Deluxe and many more.

Here are some of the best gaming guides on our website: 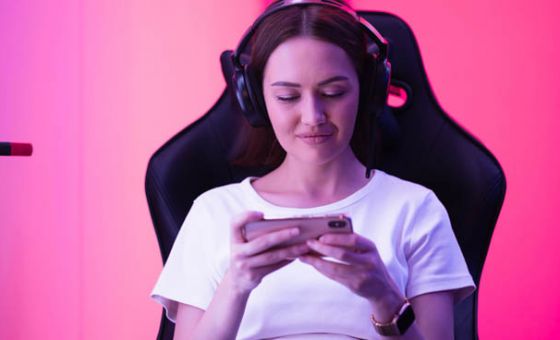 Xbox is making gaming flexible with the launch of Xbox Cloud Gaming, a new feature that lets you stream games anywhere, anytime – no console required.

Going live in Australia from October 1 – albeit in … 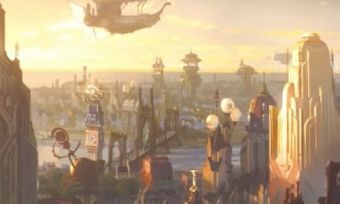 As a part of Netflix’s TUDUM event over the weekend, the streaming service unveiled a heap of trailers for new and up-and-coming shows. One of the standouts was Arcane, an animated show based on League …

Logitech has announced a new colour-heavy wireless headset, the G435. It’s intended to be a headset for gamers, but it’s perfectly useable on the go, and is definitely worth considering if you’re no fan of … 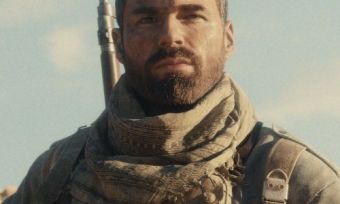 How to play the Call of Duty: Vanguard Alpha this weekend

Call of Duty: Vanguard is launching a public alpha test this weekend, so players can try out the new game before its November release date. While it gives players early access to the game, the … 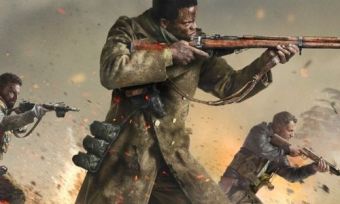 Call of Duty: Vanguard revealed, bringing COD back to WWII

2021’s Call of Duty title has finally been revealed as Call of Duty: Vanguard, a game set during the Second World War. This is the third game from Sledgehammer Games, a videogame development company owned …