Telstra is the single biggest provider of internet services here in Australia, but does that mean you’re getting the best value for money? The telco giant offers home broadband options including NBN fibre connections, plans using a combination of ADSL and Cable connections, and mobile broadband options including 5G broadband. Of course, this all depends on the location of your home and what is available in your area, along with your personal requirements.

There are several plan tiers available, all of which can be purchased as broadband-only or bundled with a home phone and a selection of entertainment packages. There are several entertainment bundles to choose from, including bundles with Foxtel TV packages, plans bundled with Telstra TV and even the option to add on a Xbox All Access package. But how does Telstra’s internet plans compare to its rivals when it comes to price and features? Read our review of Telstra internet plans and find out.

Telstra has a relatively simplified selection of internet plans, with plans available across a range of connections including NBN, ADSL and Cable. There are also two wireless categories — home wireless and mobile broadband. Of course what types of plans and connections you can sign up for largely depend on what is available in your area.

The cost of Telstra’s internet plans does differ between plans, depending on a range of factors including your connection, the speed tier if you’re on NBN and how much data is included on the plan. For example, mobile broadband plans can be as cheap as $15 per month with 5GB of data, but going up to the NBN 100 speed tier on an internet-only NBN plan will set you back $120 per month.

What internet speeds can you get from Telstra?

If you live in an area which is now NBN ready, Telstra currently offers three of the four speed tiers – 25Mbps, 50Mbps or the premium 100Mbps plan. The NBN 100 speed tier is more likely to suit households with four or more people and if you do a lot of high-quality video streaming, gaming or data-heavy work.

Telstra had to compensate many NBN customers in November 2017 for its NBN speeds not living up to expectations. Now Australia’s largest telco has made moves to be more realistic about its NBN speeds, reflected in its ‘Evening Speeds’ classifications.

Telstra’s internet plans often come with several perks, so let’s dive in with more detail to see how far your money goes.

Telstra has quite a few simplified NBN plans up its sleeve, with a variety of data options, contract lengths and call packs available. Prices start at $75 a month for which you receive a reasonable 500GB of data and Standard speed; unlimited data is available from $90 per month, at Standard Plus speeds.

The below table features all published Telstra NBN plans from Canstar Blue’s database, listed in order of cost from lowest to highest and then by data allowance. Use our comparison tool to see plans from a wider range of providers. These are products with links to a referral partner.

While 5G isn’t the most widely available network, Telstra is working on expanding its new 5G network. If you’re lucky enough to live in an area connected to the Telstra 5G network, you can now pick up a 5G home broadband plan.

You’ll need to order the Telstra 5G Wi-Fi Pro on a plan over 24 months, and then bundle with a mobile broadband plan. Plan costs will be an additional monthly cost.

Access to the 5G network on these plans varies. Customers on the Medium and Large plans have access to 5G included on their plan, whereas Extra Small and Small plan customers don’t have access included, and will need to pay an additional $15/mth.

The below table features all published Telstra mobile broadband plans from Canstar Blue’s database, listed in order of cost from lowest to highest and then by data allowance. These do not include device payments for the Telstra 5G Wi-Fi Pro. These are products with links to a referral partner.

Perhaps one of the most impressive things about Telstra is that across all of its types of plans, you are not compromising on price or inclusions. That is to say, you can expect the same or similar value from ADSL2+ plans as you can with its NBN and cable broadband. Many of these plans are now month-to-month plans, if you opt for an entertainment package, you’ll be required to sign up on a contract.

While a monthly plan gives you the flexibility and freedom to cancel whenever you want to, you need to be wary of upfront costs, such as installation, modem fees and delivery fees. So naturally you can expect to pay a higher upfront fee by opting for the non-contract route.

Home wireless and mobile broadband plans are increasing in popularity with the average cost of 4G data decreasing over time and the need for flexibility increasing. While 5G is the big star when it comes to wireless internet plans, a 4G wireless broadband option can be a good option for some.

Telstra has simplified its mobile broadband range, separating your data plan from your modem of choice. If you don’t already have a modem, you’ll simply choose from one of the Teltsra modems on offer, choose whether you want your repayments to run over 24 or 36-months, and then add on a data plan. There are four data plans to choose from, with prices starting at $15 for 5GB of data, going up to $75 with 100GB of data.

While those data inclusions don’t seem like much, especially for home use, these plans have no excess data charges, and much like Telstra’s postpaid phone plans, you can keep using data but at the capped speed of 1.5Mbps.

Telstra’s prepaid mobile broadband lets you buy one of several devices and recharge it with your choice of several prepaid data plans. There are several SIM options, or you can add on the $2 SIM Kit when

If you don’t have a compatible device, there are several prepaid mobile broadband devices available to purchase, but you will have to buy your device outright.

What features does Telstra offer?

Telstra prides itself on being the ‘network without equal’ and states that the NBN is rolling out fibre coverage to 93% of Australians. The remaining 7% will be covered by fixed wireless and SkyMuster satellite technologies. Telstra has a coverage map and address checker on its website to let customers know what type of NBN is coming to their area, and when.

Current NBN rollout covers many capital cities, as well as major regional hubs along the eastern seaboard, as pictured.

Telstra could be described as a ‘full service’ telco, meaning it offers a whole lot more than just broadband. Here’s what you can expect with Telstra:

As you can see, Telstra does offer more than just internet plans, and while plan prices might be on the higher end compared to other internet providers, you might find that the additional extras available from Telstra could be enough included value for the price.

If your desire for data is large, Telstra has a fairly competitive unlimited plan at $90 a month. This comes with Standard Plus NBN 50, with typcial evening speeds of 44Mbps.

If you want your NBN speed faster than the NBN 50 speed tier, you can choose the Premium Speed plan with unlimited data. This plan will set you back $110 per month, and offers typical evening speeds of 88Mbps.

As Australia’s largest telco, you would rightfully expect Telstra to have a comprehensive customer service system.

Telstra has a variety of customer support functions, as well as a range of bricks and mortar stores throughout Australia; often it can be easier just to pop into one and chat to a real person. It’s all up to you.

How does Telstra internet compare to other providers?

Telstra is more than just broadband; it could even be described as a ‘lifestyle’ product. Other telcos that offer unlimited data, entertainment and home phone call packs include:

While most – barring Foxtel – do not include Foxtel entertainment, there is often some form of entertainment bundled in, usually in the name of Fetch TV. Fetch TV is a similar streaming premise to Foxtel Now, with a bit of a twist. It all depends on what you’re after here.

Is Telstra internet worth the money?

Telstra is generally one of the most expensive internet service providers. However, the tradeoff is that with Telstra you’ll get things like:

While prices are a bit steeper than others, Telstra is still a very strong choice when you’re shopping for a new internet plan and the extras that provide a bit more value to its plans may be worth the money. But before you jump in, it’s worth comparing what internet plans around out there from other providers to help you find an option that will suit your needs and budget.

What do customers think about Telstra NBN plans?

In 2019, Australians gave Telstra 3 out of 5 stars for Overall Customer Satisfaction in NBN plans.

Telstra is Australia’s largest telecom company, offering a range of services to millions of Australians. Here’s what you need to know about this internet provider:

Telstra started back in 1975 when the Australian Telecommunications Commission commenced trading under Telecom. In 1993, Telecom merged with the Overseas Telecommunications Corporation, changing its name to Telstra. A few years later in 1997, Telstra’s first shares were listed on the ASX.

Telstra has a range of products outside of just internet, including:

2008 | Telstra submitted a proposal to build a National Broadband Network, which was ultimately turned down.

2011 | NBN Co Limited signs an agreement with Telstra that periodically stops Telstra from marketing their mobile network as an NBN alternative. 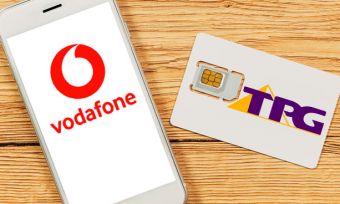 7 must-have appliances when moving out

How to watch The Walking Dead in Australia