Woolworths has revealed an ultra-rare ‘Fix-em’, with only 200 available across Australia. The valuable ‘Fix-em’ is currently available in stores in limited quantities and could reportedly sell for hundreds or even thousands of dollars online.

The ‘rare’ collectable in question is The Infinity Gauntlet – the powerful glove worn by Thanos from Disney’s Marvel franchise.

Woolworths is encouraging ‘Fix-em’ collectors to check their existing collection since the limited-edition collectable has been in circulation for some time and shoppers may already have it without realising it. 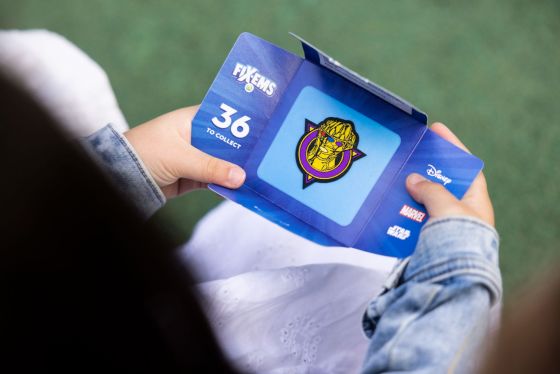 “Since launching ‘Fix-ems’ earlier this month, we’ve been inspired and impressed by the creativity of our customers who are giving their everyday belongings a bit of extra flair.”

“As we begin to see many customers complete their collection, there are still dozens of ultra-rare ‘Fix-ems’ in circulation waiting to be collected.

The ‘Fix-ems’ campaign will wrap up on Tuesday, 9 August, or while stocks last.

‘Rare’ supermarket collectables like the Gold Simba Lion King Ooshie and even Coles Little Shop items have previously sold on eBay and other third-party seller platforms for big bucks.