Advertisement
ADSL and NBN internet connections both share a common goal, but with varying pros and cons.

The internet space has become increasingly confusing over the recent years, as various different options have entered the fray and given consumers various options to choose from. While there’s a fair few internet options, two of the most commonly compared are ADSL and NBN.

But what’s the best out of these two? Does the trusty, time-tested ADSL still have benefits, or does the new-age NBN give ADSL a run for its money? Canstar Blue has broken down the two internet selections, and will go through the benefits and detriments of each in this article.

Transmitted through copper wire, Asymmetric Digital Subscriber Line, or ADSL, is a form of broadband connection that funnels data from a box to your device. This technology  generally comes in three different categories: ADSL1, ADSL2, and ADSL 2+. ADSL2+ is the fastest and most common nowadays, although the ADSL range in general has been phased out due to the presence of NBN.

NBN is the newer of the two, and uses optical fibre instead of ADSL’S copper wire. It was rolled out across Australia as an eventual ADSL replacement. NBN plans still require a modem, but offer high speeds and reliability.

Is ADSL cheaper than NBN?

Given the gradual phasing out of ADSL plans, they are becoming harder to find and are being offered by fewer companies. While ADSL plans used to be cheaper, coming in at around $30 to $40 per month, the heavy market competition of NBN has actually caused ADSL plans to be more expensive in some cases.  The average NBN plan will come in at around $80 per month, while ADSL plans tend to hover anywhere from $60 to $90 a month.

For this reason (and due to the fact that the government is putting an end to ADSL lines), NBN is the far superior option in a bang-for-your-buck scenario.

Is NBN faster than ADSL?

The main reason for the government’s aggressive push of the NBN is the faster speeds available on NBN connections. The average Australian ADSL plan has speeds of 8Mbps, while NBN plans are available with a top download speed of 1000Mbps. The quickest possible ADSL plan, which would be the ADSL2+ plan, is around 24Mbps.

NBN also gives customers the option of choosing their plan speeds, with six main residential speeds tiers available (depending on your location). Entry-level plans feature a maximum download speed of 12Mbps, while 25Mbps, 50Mbps, 100Mbps, 250Mbp and even 1000Mbps speeds are also available, meaning you can tailor your plan to your usage needs and budget.

Is ADSL or NBN better for you?

The answer is easy for this one: NBN is the way to go. The government has made it clear that the future is NBN for Australia, and its low price and high speeds are hard to look past. The ADSL range once served a purpose, but the technology is now outdated and overpriced.

If you’re looking to get connected to the internet, the NBN is likely to be the fastest and most convenient option available at your address. 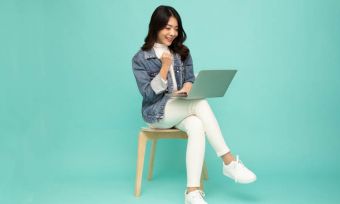 What are the best 5G modems available in Australia?