The NBN gets a lot of flak for underwhelming speeds and poor service. So, what are some other options? ‘Downgrading’ to your old ADSL connection is pretty much out, because it no longer exists, and if you’re fed up it’s tempting to look at other avenues entirely. This has opened the door to many telco providers building their own internet networks – ones entirely separate from the NBN.

Usually, these providers service niche areas or particular suburbs in capital cities, but if you look hard enough you might find one that services your area. Compare plans from some key providers below, and rest assured knowing that networks are likely to grow over time with new providers cropping up. Hit the links below to see what’s available in your state.

Currently, it’s slim pickings in Tasmania, the Northern Territory and the ACT, but keep your eyes peeled as more providers set up shop.

Alternatives to the NBN: What’s out there?

There are quite a few telcos building their own networks, mainly across the major capital cities, but several regional areas may also be covered. The common delivery method is through a fixed wireless connection using a provider’s own infrastructure, which is relatively straightforward to set-up and totally separate from the National Broadband Network.

Find out what alternatives are in your state below, but first consider if a home wireless plan is up to scratch. Home wireless plans can be set up virtually anywhere with 4G reception.

Mobile broadband uses 4G or 5G cellular networks to connect your devices to the internet, similar to home wireless broadband (as outlined below). However, it’s an option that works best for on-the-go broadband use, rather than as a total home internet solution.

Still, if you’re a low-level user, move around a lot or, or just want backup in case of home broadband outages, it could be worth looking into. Keep in mind, however, that data inclusions are generally much lower than what you’ll find on home wireless plans, meaning you’ll be be paying more for less gigabytes per month.

‘Home wireless’ is a burgeoning trend in the internet space, which basically delivers 4G or 5G mobile broadband in big data packages designed for at-home use, rather than on-the-go. This is set up using a ‘plug and play’ modem like most other internet connections, but the modem specifically picks up mobile cellular reception, like with your mobile phone.

Telstra offers both 4G and 5G coverage on its mobile broadband plans in eligible areas, although you’ll need to pair your plan with a 5G-capable HTC Hub in order to access the new ultra-fast network. Plans are listed below – note that prices don’t include what you’ll pay for your 5G hub per month.

If you’re not a Telstra customer (and not currently in a 5G-serviced area), you can still sign up for 4G cellular home broadband. Several providers offer this, including Optus, Exetel and Spintel; example plans are listed below.

It’s more common to see state-specific telcos offering their own infrastructure and broadband plans, but a number of them do offer services in many areas of Australia. However, you’ll mostly find that coverage is not widespread, and while they have a presence in multiple states, only certain regions will actually be covered.

With most NBN alternatives delivering broadband through a fixed wireless connection, rollout is made simpler and easier. This means that a provider could easily establish itself in a suburb overnight without heavy infrastructure to build. There are no copper lines to install and no dealing with the NBN. This map gives an overview of networks available in each state. Read on for further details.

Queenslanders kick-off the NBN alternatives race with a provider that’s not even based in Brisbane. It’s based in Bundaberg and services that area:

When asked about why its faster plans are data-capped, Open Cloud General Manager Luke Baker said it’s to ”Keep our network saturation to our target levels and also to discourage people torrenting as this creates issues for us both with our network but also in a legal capacity.” There you have it; data-capped internet plans aren’t the devil!

Open Cloud Broadband is currently one of the only NBN alternatives in Queensland, and it’s refreshing to see it’s not based in a capital city. 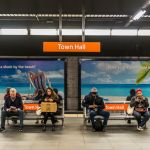 Despite being Australia’s most populous state and home to Australia’s largest city of Sydney with more than five million residents, NSW is relatively sparse when it comes to alternative internet networks.

W3 Networks promises 24-48 hour set-up and $0 installation on 12 month contracts with an included Wi-Fi modem. It also claims users can expect a minimum 50% of the advertised speeds about half the time. This means that peak times can affect internet speed, which is normal. W3 services areas such as Liverpool, Parramatta and other areas in the great west.

OpalNet is a relative newcomer, with a subscriber base in the double figures, rather than triple or quadruple. The NBN-alternatives market is growing in Sydney, and with over five million residents, it’s about time.

Currently it seems that Victorians – and particularly Melbournites – get the lion’s share of alternative providers with some of the best speeds on offer. There are a few networks out there worth looking at, and you’ll have to see if your house is covered. Some telcos currently only serve a particular end of town, or even a particular suburb. The best you can do is look at the coverage maps of the telcos in question to see if you’re covered and type in your address.

This is by no means an exhaustive list. You may find a tiny telco in your neighbourhood providing the perfect plan for you. If it’s an NBN alternative you’re after, Melbourne is spoilt for choice.

South Australia is another state with a promising future for internet, but those living rurally may miss out. Most of the action seems to be in Adelaide:

Adelaide certainly has its pick of providers, but regional areas may miss out. There are a few providers to choose from, but note prices might be higher than what you’ll find with the NBN – especially if you want lots of data. 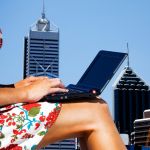 Providers often forget about WA, but there is certainly a presence of NBN alternatives in the great state. However, most plans are Perth-centric and regional areas may miss out.

Just because you live out west doesn’t mean you miss out. Those living in Perth get most of the fruit, but those living rurally don’t necessarily miss out with Red Broadband flying the flag for those living outside the capital.

Should I stick it out with NBN or go elsewhere?

If you’ve experienced a lame NBN connection, it can be all too easy to simply pack it in and give up on the national network entirely. Despite all the flak NBN cops, however, there are some things you can do to improve your speeds, such as:

Beyond that, simply changing providers might yield the results you’re after. Some providers purchase enough bandwidth for everyone, while some scrape by with only the bare minimum. This is explained further here. As such, paying a little extra for a provider that prides itself on low contention may be a good option. And simply changing providers may also yield the results you’re after, especially if you’ve automatically stuck to the big providers for years.

Note that there are more providers than just the ‘big 5’. Often, choosing a smaller challenger brand that you may not have heard of could provide the remedy. However, they still only service select areas or have a limited amount of plans, but what you usually receive in return is lots of data for comparatively little money.

Is it worth switching to an alternative internet network?

A lot of complaints about the NBN are warranted – it’s slow, it’s taking forever to rollout, it’s expensive to get anything decent and so on. As such, switching to a provider using its very own network is mightily tempting. They aren’t bound by CVC costs, dealing with the NBN or other infrastructure. They are often future-proofing and using 4G connections or a fixed wireless connection. However, there are some considerations you’ll have to make:

If there’s a network in your area, it can’t hurt to enquire with the company running it. Though don’t give up on the old NBN just yet! If you undertake some of the measures we’ve outlined above, there could be some surprising results. If you’ve really had enough, however, it can’t hurt to look at an alternative network to the NBN.