Advertisement
Data allowance is one of the most important features of a mobile plan according to 2016 Canstar Blue research. Apps are becoming increasingly data-hungry, and even when you’re not using your phone, your mobile might be quietly chewing away at your data allowance.

This is by no means a recent issue. In 2014, we discussed mobile phone bills with Channel Nine news, namely how some have been caught out by going over their data usage limit and copping a massive monthly bill.  It’s likely you’re already aware of some ways to reduce your data usage, but there’s no reason why you can’t reign in your data usage even more! Here are our top five tips for reducing your mobile data usage:

Use Wi-Fi whenever possible

Almost every smartphone that is capable of using cellular data is also capable of using Wi-Fi. Wi-Fi is your biggest asset in combating data usage, so make sure that you take advantage of it whenever you can – at home, at friends’ houses, at work, and even in public places such as shopping centres and cafés. You can connect to these networks by opening the settings menu then tapping the Wi-Fi entry in order to open a list of available networks. You only have to enter the password once in order to connect. Make sure the connection is secure, however – it’s a good idea to avoid logging into any private services such as online banking whilst on public Wi-Fi, as the connection is not always secure.

Also keep in mind that when your phone is set to constantly search for Wi-Fi, it uses more battery. Get into the habit of going into your phone’s settings and turning it on and off whenever appropriate. Similarly, having your phone search for Bluetooth also saps the battery quickly.

Running multiple apps means you’re compounding your data usage unnecessarily. Get into the habit of closing apps when you’re finished with them. Again, this will save you on battery life as well as mobile data. According to Techguide, 30% of mobile data is used by apps running in the background. Even though you aren’t using them, these apps can continue to update and download data – this is known as data fetching.

For example, data fetching can be used by your email app which will automatically download your emails even if you don’t have the app open. Data fetching can be useful in a situation like this, but it also means your app is constantly downloading – even when you’re not using it. Facebook and Instagram are particularly good examples of this. They’re both a great way to stay in touch with friends and families, but also make it easy to go overboard in terms of downloads.

If you want to take precautions against background app data consumption, ensure you close the apps rather than simply exiting them.

Enjoy listening to music on Spotify, YouTube or Pandora?  Then you should take steps to ensure that you aren’t downloading music on your data allowance. Music downloads can take a huge chunk out of your 3G and 4G data plans. To illustrate, a standard definition YouTube video will cost you 13 MBs for 5 minutes. Downloading music while on the go will quickly add up, so only do it if you’re desperate, or you know you’re remaining data.

If you choose to stream music using mobile data, go into the app’s settings and check the box to download lower quality tracks whilst connected to 3G or 4G. If you’re a Premium account user, make some of your playlists available offline, and download your tracks over Wi-Fi. That way, you’re not downloading anything!

Many smartphone games use data without you realising. When your game issues a daily challenge or uploads your score to a global leaderboard – this uses data.

Take popular games like candy crush and clash of clans. In addition to uploading scores and information, they also use your data to show you those annoying pop-up ads. Yes, they use up your data too, even though you don’t want to see them! So if you can avoid it, try not to play mobile games without having a connection to a Wi-Fi network. Alternatively, switch off mobile data while you play – you will still have access to the game, without having to download a thing.

Use a data monitor to keep an eye on usage

As the name suggests, these apps monitor your data usage and provide you with updates if you exceed certain daily amounts or are getting close to your cap. They should be used in conjunction with the above 4 steps in order to maximize your data savings.

Android phones have a built-in data monitor as of the Android 4.0 update, and can be accessed through:

This data monitor shows how much data has been used per app as well as overall. iOS models also have a data monitor of sorts, but it gives a far less detailed breakdown and can be found by accessing:

You’ll need to download specific apps to get sufficient information, such as Data Usage.

There are countless other ways to save on data, far too many to list here, but the 5 listed here are generally the most common methods that most people have found to work for them. If these steps aren’t making much of a difference for you, then you might want to consider looking for a phone plan that gives you a higher data allowance. 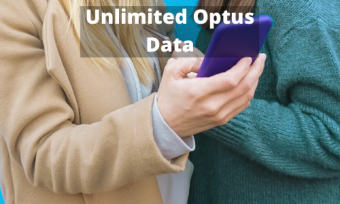