Advertisement
The 2000s called – they want their phones back. While it may seem that smartphones are only getting larger, just like low-rise jeans, small is officially cool again. Of course, phones like the Pixel 6 Pro and the iPhone 13 Pro Max are great for watching videos on the go, capturing memories and just taking in their sheer beauty and size.

But what happens when you want to squeeze your phone into your pocket or hold it comfortably in one hand? Or better yet, give it a good ol’ flip? These days, it’s almost impossible to get your hands on a humble small smartphone. Luckily, we’ve done the hard yards for you and rounded up the few that are out there, from the Nokia C01 Plus to the Samsung Galaxy Z Flip 3.

Full disclosure – for this article, we would define a small smartphone as devices with screens around 6 inches or smaller, give or take.

If you’re looking to save some money but still enjoy the basics of a smartphone, this one’s for you. However, it’s important to be realistic when purchasing smartphones in this spending bracket – don’t expect top of the range cinematography with cheaper designs. 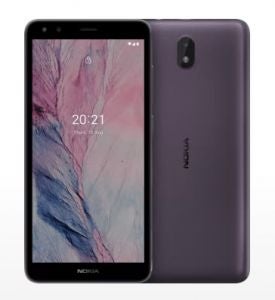 Nokia is known for its sturdy phones, and it seems this entry-level smartphone is no different. The 5.45-inch IPS LCD capacitive touchscreen provides a sharp resolution of 720 x 1440 pixels, a front and rear 5MP HDR cameras with a flash, and a plastic chassis with a removable battery. The C01 Plus features an octa-core processor and 4G connectivity for fast performance and operates on the Android 11 (Go edition), which offers a reliable experience for entry-level device users. It doesn’t, however, support HD streaming – so maybe save the feature length films for televisions.

The phone boasts 11 hours of battery life and features a 2GB RAM and 16GB of internal storage – which is expandable up to 128 GB via microSD – meaning you’ll have enough storage and power to run all the necessary applications and software of a smartphone on the small device. It also sports a 3.5mm headphone jack and micro-USB port on the top with the microphone on the bottom, and speaker on the back. The C01 Plus boasts a surprising amount of sturdiness for its size, with a durable design that Nokia claims is light, but compact. Overall, the Nokia C01 Plus is a reliable and good-looking smartphone with all the components; and will fit comfortably in that jeans pocket.

Voted as best smartphone brand by Australian consumers in Canstar Blue’s 2022 customer satisfaction survey, it’s hard to go past Apple. But, if there’s one thing we know about the brand, it’s that its products are not known to be budget-friendly – that is, until now. 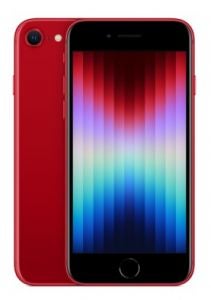 Also known as Apple’s new ‘budget’ smartphone, the iPhone SE 2022 is the brand’s cheaper alternative to last year’s iPhone 13 range – and it packs a punch. Measuring at just 4.7 inches with a Retina HD display, the compact smartphone is built with aluminium and a glass front and back and features the old-school physical Apple Home screen lock bottom. The smartphone boasts 5GB capability – the first in Apple’s SE affordability range to do so – as well as Apple’s latest A15 Bionic chipset which features a six-core CPU, a 4-core CPU and a 16-cre Neural Engine. Basically, you’ll be getting the fast and powerful performance from the iPhone 13 range that Apple is renowned for, at a much lower cost and on a smaller smartphone.

Not only that, but the A15 Bionic chip improves the camera’s quality. While it won’t match the quality of the triple-lensed iPhone 13 Pro Max, the A15 Bionic supports features like Deep Fusion and Smart HDR 4 meaning that users can expect enhancement over light and colour in photos and controlled exposure and focus. The iPhone SE also features 15 hours of battery life as it runs off Apple’s iOS 15 operating system, which offers users all the new software features you’ll find in the iPhone 13. Similarly to Nokia’s C01, this smartphone boasts incredible durability for such a small phone – with the added bonus of iPhone performance.

The following table shows a range of 24-month plans for the 64GB iPhone SE 2022 as published on Canstar Blue’s database, listed in order of standard monthly cost, from the lowest to highest and then by data allowance, largest to smallest. Use our phone plan comparison tool to compare plans from a range of providers. This is a selection of products with links to a referral partner.

If you’re prepared to dish out the big bucks, performance will follow. It’s time to hit the big leagues – but you can keep the size of smartphones to a minimum with this pocket rocket. 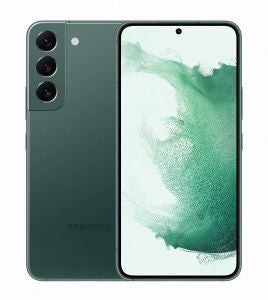 Fans of Samsung’s beloved Galaxy S range will know all about the brand’s S22 breakaway series. But many users may not know that the Galaxy S22 (the smallest of the three new phones) boasts all the same upgrades, features and displays, but at a fraction of the size. The new Galaxy S22 features a 6.1-inch display, notably smaller than S22+’s 6.6-inch and S22 Ultra’s 6.8-inch screens – in fact, it’s smaller than the S21 from last year. Physically, the phone is not dissimilar to the Samsung Galaxy S21, except for Gorilla Glass in the front and back. And as with the SS21, the phone features the triple Rear Camera– aka a 12-megapixel ultra-wide camera, a 10-megapixel telephoto camera with 3x optical zoom and a 50-megapixel wide-angle camera. It also boasts the 10MP Selfie Camera and a ‘nightography’ mode with pixel sensors, which Samsung claims will take your nighttime photos to clear as day.

One of the phone’s most notable changes, however, is the upgraded chipset which features the revolutionary (and Samsung’s first ever) 4-nanometer processor. Samsung promises performance enhancements including the octa-core CPU and fast connectivity, which aims to help with multi-taking and speed up usage. The S22 also features the Android 12 operating system, 3,700mAh battery with up to 25 hours of wired charging and according to Samsung it is both water and dust resistant. It’s being called the “pro-grade kit that fits in one hand” – and it seems Samsung isn’t wrong.

The following table shows a range of 24-month plans for the 128GB Samsung Galaxy S22 as published on Canstar Blue’s database, listed in order of standard monthly cost, from the lowest to highest and then by data allowance, largest to smallest. Use our phone plan comparison tool to compare plans from a range of providers. This is a selection of products with links to a referral partner.

When it comes to the best small iPhone, there can only be one winner. And while the small and sturdy iPhone SE 2022 puts up a good fight, the iPhone 13 Mini takes top prize thanks to its vibrant viewing experience. 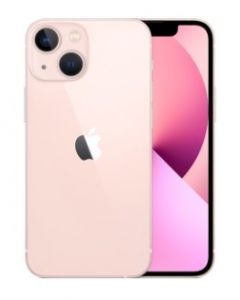 Both the 13 Mini and the SE 2022 have been labelled cheaper alternatives for the small Apple device. But whereas the iPhone SE has its own features, the iPhone 13 Mini is quite literally a “mini” version of the signature Apple iPhone 13. Basically, the 5.4-inch display phone includes all the same key features, cameras, processors and screen performance as the standard iPhone 13 but in a smaller scale. Built with an aluminium frame and Ceramic Shield glass, the Face-ID screen has Apple’s Super Retina XDR display, and many users have noted that the screen vibrancy and brightness make for a more enjoyable viewing experience than the iPhone SE.

The 13 Mini features the A15 Bionic Chip and all that includes, such as a six-core CPU, a 4-core CPU and a 16-corecre Neural Engine and improved camera quality. Similarly to the iPhone SE, that means features like Deep Fusion and Smart HDR 4 but on top of that the Mini offers anand extra 2x optical zoom out, True Tone flash, Night Mode and 4k video plus Dolby Vision and Cinematic mode – mirroring the standard iPhone 13. The high-end performance for this phone will reel you in, but beware of the price.

The following table shows a range of 24-month plans for the 128GB iPhone 13 Mini as published on Canstar Blue’s database, listed in order of standard monthly cost, from the lowest to highest and then by data allowance, largest to smallest. Use our phone plan comparison tool to compare plans from a range of providers. This is a selection of products with links to a referral partner.

Haven’t you heard? Not only are small phones back, but so are the flip phones. And while they look good, there’s no point in splashing out on a flip that can’t also keep up with the big boys. So, which one takes the cake? 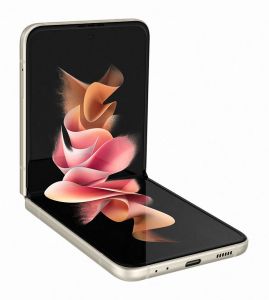 For Canstar Blue, Samsung’s Galaxy Z Flip 3, or ‘folding’ smartphone, offers users both a premium and compact experience. Slightly more affordable than its sister smartphone the Samsung Galaxy Z Fold, the ‘Flip’ is a 6.7-inch unfolded 5G smartphone screen that folds vertically for a 1.9-inch Super AMOLED cover display small enough to fit in a coin purse. The phone also operates with a side finger sensor and facial recognition – so you know you’re protected in more ways than one.

While its main feature is the flip, The Galaxy Z Flip 3 doesn’t shy away from photography featuring a 10-megapixel selfie camera on the front and a dual rear setup with one 12-megapixel wide-angle and one 12-megapixel ultra-wide lens. Not only that, but the phone packs a 64-bit Octa-Core processor, boasts long-lasting power with the 3300mAh battery and is loaded with Android 11.

The following table shows a range of 24-month plans for the 128GB Samsung Galaxy Z Flip 3 as published on Canstar Blue’s database, listed in order of standard monthly cost, from the lowest to highest and then by data allowance, largest to smallest. Use our phone plan comparison tool to compare plans from a range of providers. This is a selection of products with links to a referral partner.

Is it worth buying a smaller smartphone?

When weighing up whether you want to make the switch to the small(er) screen, it really comes down to the quality and performance of the phone you purchase. Sure, having a smaller and more compact phone is easier – and all the rage. But what’s the use of a small phone if the performance is poor? Luckily there are some great smaller smartphones out there on the current market to rival the big ones, but make sure you do your research. Remember – you want small phones that pack the biggest punch!