TCL is mostly known within the TV manufacturing space, but did you know the company produces phones too? TCL phones are, in fact, quite good, and the company isn’t hesitant about making decent performance affordable – like with the TCL 20 5G.

The TCL 20 5G cuts out things that some might deem unnecessary – such as a water-resistance rating, wireless charging and a high refresh rate – and leaves behind one impressive handset, packed with a decent array of cameras, a beautiful screen and a very attractive price. We’ll take you through the good and the bad of the TCL 20 5G in this review, to let you know why you should consider TCL alongside brands such as Samsung and OPPO, writes Zachariah Kelly. 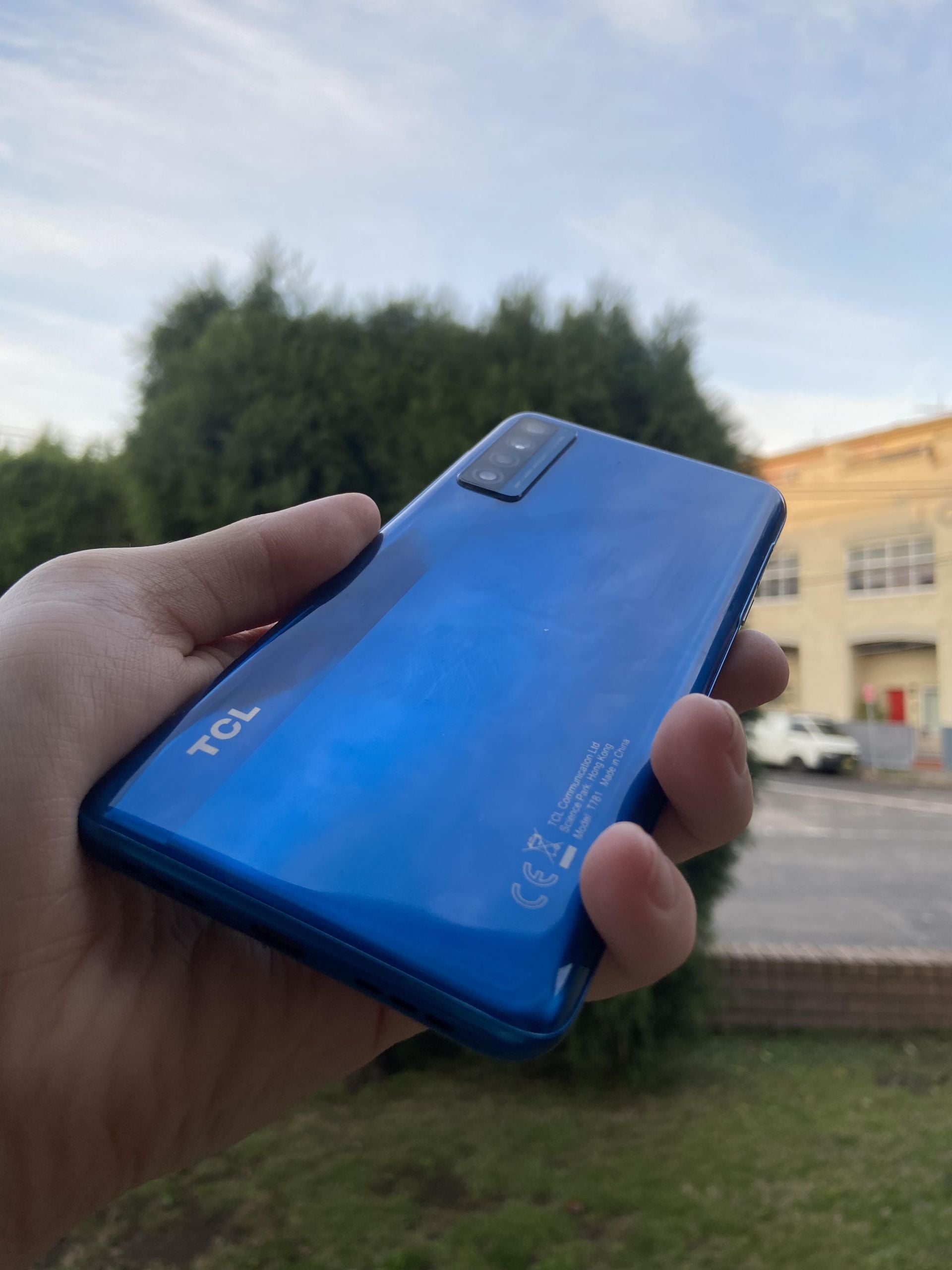 Here’s a quick look at the features and specs of the TCL 20 5G:

The TCL 20 5G is a very pretty phone, pulling off a premium aesthetic without committing to the cost. The Blue and Grey finishes of the phone look professional. Like a lot of phone finishes, it’d be a shame to hide this colour away in a case, but when you have the phone caseless, it’ll look great.

The phone itself isn’t uncomfortable to hold, and conforms to normal Android phone design. The screen is quite large, and I found it comfortable to use, despite my penchant for smaller phones. The screen is very nice on this device, perfect for reading through Twitter or Facebook, or for playing games. TCL’s own NXTVISION technology is inbuilt into the display, which gives reason for why images look so good on it.

The 6.67-inch LCD display sports an 84.2% screen-to-body ratio, and a 60Hz refresh rate. It’s a particularly solid phone, not feeling too weighty, and fitting comfortably in the hand. 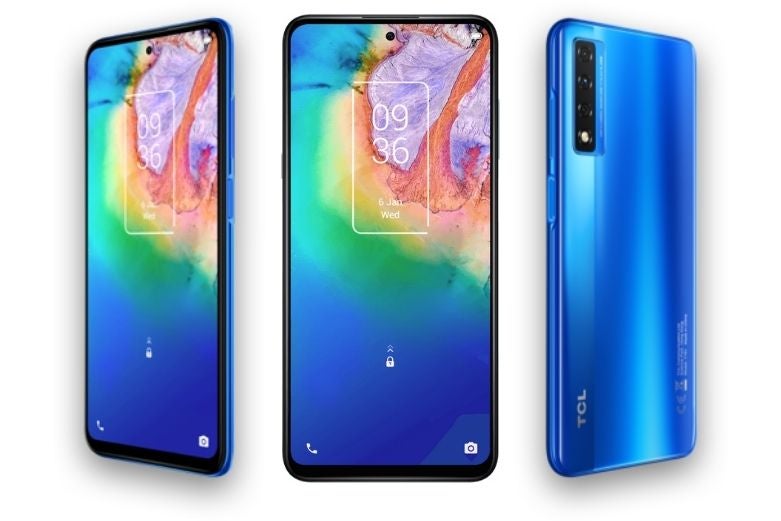 The TCL 20 5G definitely satisfied me on the performance front, especially for a $499 phone. Most of the phones I’ve reviewed previously tend to stick around the $1,000 mark (such as the ASUS Zenfone 8 and the Samsung Galaxy S20 FE), but aside from the phone’s refresh rate (I’m used to 90hz to 120hz), transitioning from a high-performance phone to this device was fairly seamless.

On a day-to-day basis, the phone functions as well as you’d want it to. It boots quickly, it swipes nicely, apps load fast, and ultimately there’s not a lot of bad things to say about its performance. For a $499 phone, the TCL 20 5G sets a nice example for decent specs, as I was hardly let down by anything performance-wise on this phone when only a single app was running.

That being said, as soon as you start to multitask and have multiple apps open in the background, the phone gets a bit jittery. Swiping will start to be a little unresponsive, and loading apps and processes inside of apps may take a bit longer than usual. This is to be expected at this price point, although as long as you’re not using your phone too intensively, it won’t be too annoying. Compared to the last phone that I reviewed (the $799 Samsung Galaxy A72), the 20 5G lags a lot less – so maybe there is something to be said in TCL as a bit of an underdog.

As mentioned earlier, the screen on the device looks great, and will certainly please somebody looking for a phone to watch Netflix on. However, the frame rate of the screen is not terrific, and would likely disappoint a gamer after fluid gameplay (although it’s noticeable when swiping if you’re used to a premium phone, like an iPhone 12 or an S21). The speakers on the phone work fine enough, and if you’re the type to use wired headphones, you’d be satisfied to hear there’s a headphone jack.

The 4,500mAh battery is also very efficient. Over two days of basic, occasional swiping use, I only had to recharge this phone once (when it got down to 5%), and when idling, this phone drops 1% of battery life in an hour and a half. Using the phone camera for about 10 minutes caused the battery to drop 4%. Charging from a dead battery to 100% also took about two hours without fast charging, which this phone is capable of (18W fast charging to be specific). 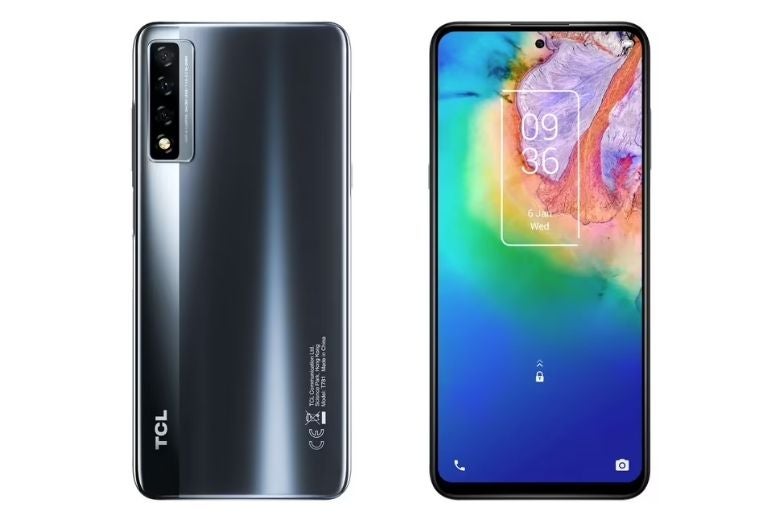 The cameras in this phone include a 48MP main campera, an 8MP ultra-wide camera and a 2MP macro camera. There’s also a 16MP selfie camera, and heaps of different modes, including panorama, portrait, slow motion, super macro and super night. There’s also the option to select ‘Automatic’, in case you don’t know which camera calibration is best for your subject or environment.

These cameras are perfectly fine, and don’t come with any mind-blowing features you won’t find on another smartphone. It’s a $499 smartphone after all, and though it’s cheap, the photos the TCL 20 5G produces are in no way bad.

There wasn’t a bad snap I could take on this phone, although I will say it did take some time to get good shots, in that stabilisation and focus were often a hassle. This handset definitely benefits from having a little patience.

The features on this phone impressed me too. The Super Night mode, the Portrait mode and the Super Macro mode all combine to create a phone decent enough for photo lovers, especially those who like to tinker in settings and don’t want to rely on automatic modes (though that is an option here). At the price point of the TCL 20 5G, you can certainly do worse if you’re after some decent snaps.

Detail in Super Macro photos didn’t seem squelched by the phone’s price point. I loved the amount of detail that snaps from the macro camera could display, and it was super easy to use, bar the focus and stabilisation issues that plague the rest of the camera settings on this phone. If you’re after beautification of a close-up object, this phone aces it.

Of all of the camera features on this phone, I seemed to have the least hassle with Portrait mode. Despite it needing to focus and adjust blur, it didn’t take too much time to produce what seems like a decent portrait shot. The blur effect behind the central figure isn’t too blaring, and ultimately it looks quite natural and professional.

The cameras on the TCL 20 5G manage just fine, no matter if you’re snapping every now and again or if you’re a photo lover. Of course, don’t expect the camera to be stacked with the abilities and features you’d expect from a premium phone, because it’s a solid $499 device. For that price, it produces a decent standard for photo quality, and to get a better experience, you’d likely have to spend more.

I think the TCL 20 5G makes a strong case for itself as a budget handset, but if you’re after more premium features such as extensive camera quality, an IP water-resistant rating or a fast refresh rate, let alone high performance specs, your next best bet is likely with a higher-priced phone. There weren’t any areas where I felt the TCL 20 5G failed, and I can definitely say it’s one of the better non-premium phones I’ve used.

Performance on the handset was fine – although it did have some slowness when multiple apps were running in the background, or when the app in use required a lot of processing power. This is nothing to be concerned about at the price, and wasn’t unmanageable. The screen was very nice to look at too, which was to be expected, given it’s a TCL phone, and this company rarely slips up in the screen department.

The case for buying the TCL 20 5G is also strengthened by its 5G capability, its relatively good camera quality and the two available colours, both of which are quite charming. The TCL 20 5G’s speedy fingerprint recognition helps out too, as does the general size of the phone: it’s sturdy and large without being too cumbersome.

Consider the TCL 20 5G if: You’re after a cheap and reliable Samsung alternative under $500.

Don’t consider the TCL 20 5G if: You’re after a more premium, faster phone, or you’re looking for an excellent camera setup.

Unfortunately you won’t find the TCL 20 5G available from any phone plan providers, however you will find it for sale at Officeworks, Domayne and Mobile Citi. If you want to get a new SIM only phone plan with a new TCL 20 5G phone and transfer your number, that’s entirely possible. You’ll find a selection of prepaid and postpaid plans in the table below.

Product used for review/testing was a free sample provided by TCL.