If you’ve been wanting a stylish phone with a bit of a trick to it, the Motorola Razr could be the phone for you. However, if you’ve been turned off by its upfront price, Telstra is now offering the phone on plans.

Taking the world by storm last year, the Razr is a flip phone designed to fit neatly in your pocket and draw back to that mid 2000’s nostalgia of Motorola flip phones. It comes packed with a folding full screen, looking like a normal smartphone when it’s fully extended, and just folds in on itself to about the size of an Airpods case.

With a retail price of $2,699, the Razr is now available on Telstra plans, alongside full sale price at retailers. Plans are starting at just over $140 per month on 24-month contract – which could sound reasonable if this smart flip phone is what you want.

Telstra’s Razr offer includes a 128GB capacity and single colour choice of black. It has a really nice looking finish on it, and you can pay the phone off with instalments of 12 and 24-month payments. The phone is not 5G capable, using 4G technology, although it has a pretty good 16 MP camera inside. The details for the Telstra plan are as follows.

Once you’re ready to buy, you can add your fashionable flip phone to any of these four Telstra plans below. These plans are month-to-month, so feel free to switch between plans at any point. You’ll need to pay out the rest of the remaining balance on the Razr, but you won’t incur any additional termination fees.

Below are all published Telstra postpaid plans on Canstar Blue’s database, listed in order of monthly cost, from the lowest to highest, and then by data allowance, largest to smallest. Use our comparison tool to see plans from a range of other providers. This is a selection of products with links to a referral partner.

The biggest feature of the Razr that sets it apart from most other phones on the market is the screen – it folds. Remember those phones in the 2000’s that were really fashionable and folded in on themselves? The Razr is a callback to phones like that. 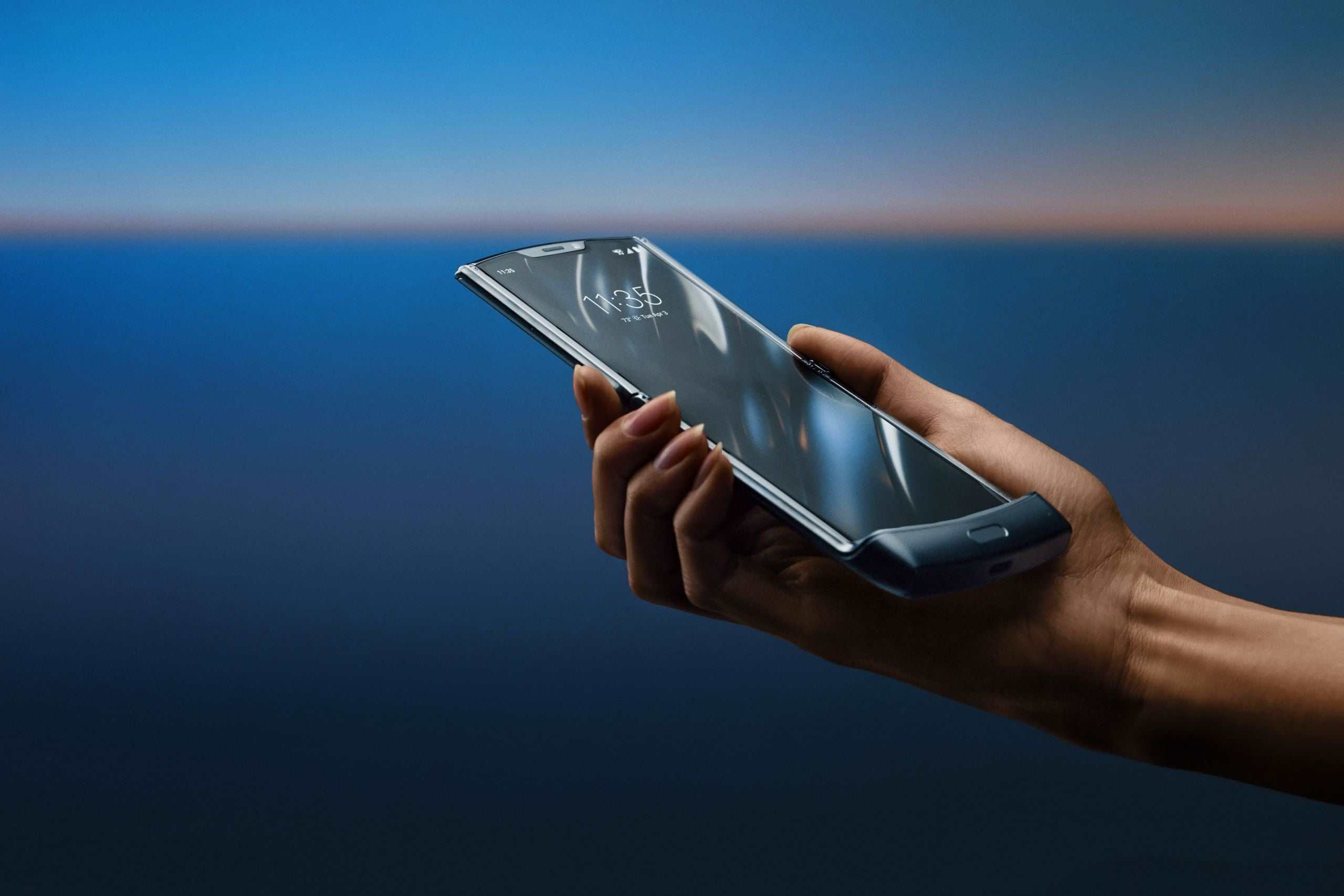 That screen is really sophisticated. Actually, there’s two of them. Beyond the screen that actively folds in on itself, there’s a separate screen in the folded mode where you can see the time and messages sent to you – you can even take photos with it, sort of like looking at a pocket mirror. 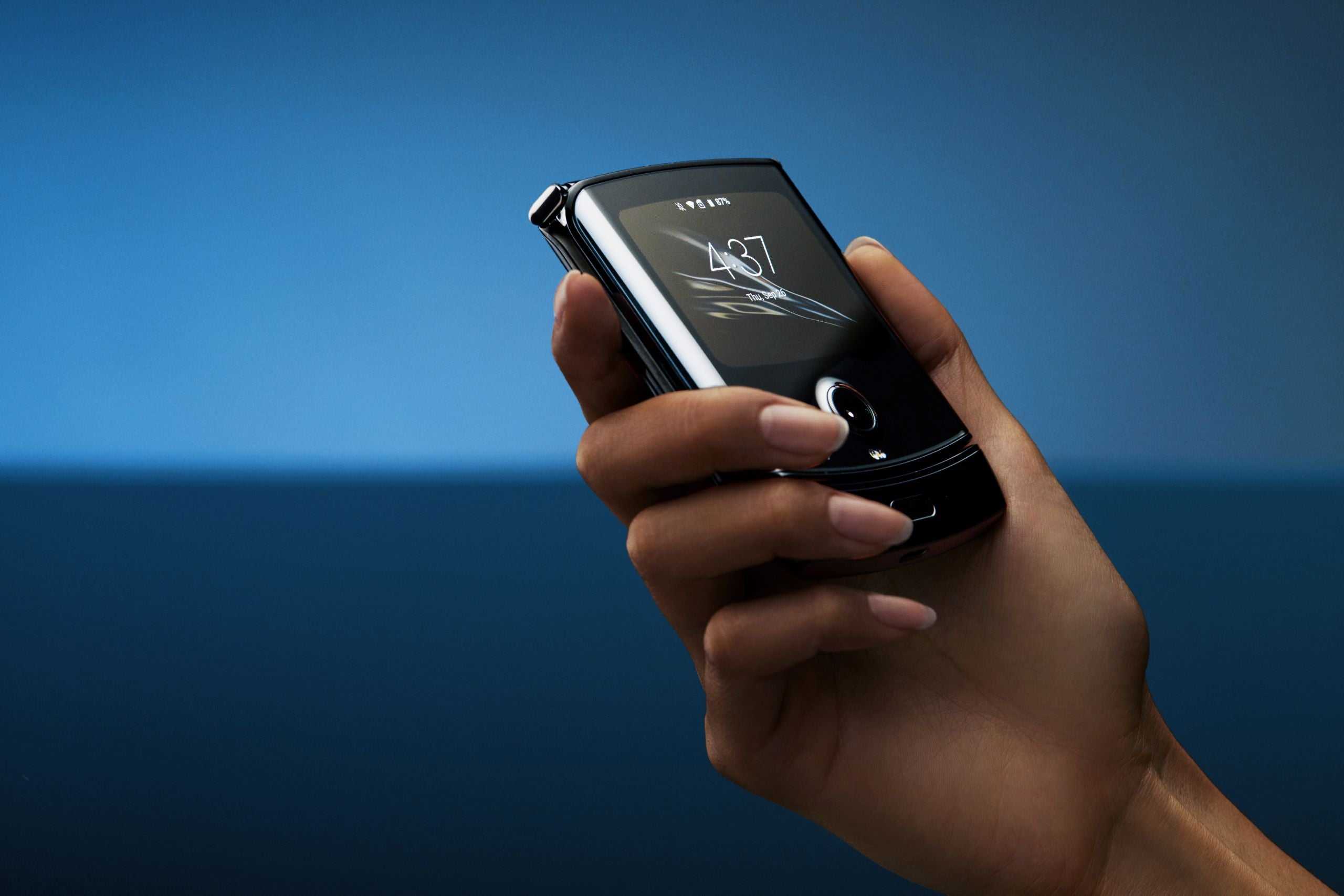 The camera technology is also a pull for this phone. With that pocket mirror-like camera on the external screen, it’s great for selfies.

The main camera is 16 MP, which is that one on the back, with video capture in MPEG4 quality. The Internal camera 5 MP.

The battery is fairly modest, with a 2510 mAh limit. Charging wise, it utilises a Motorola technology called TurboPower Charging, and charges at 15W. The phone uses a USB-C. 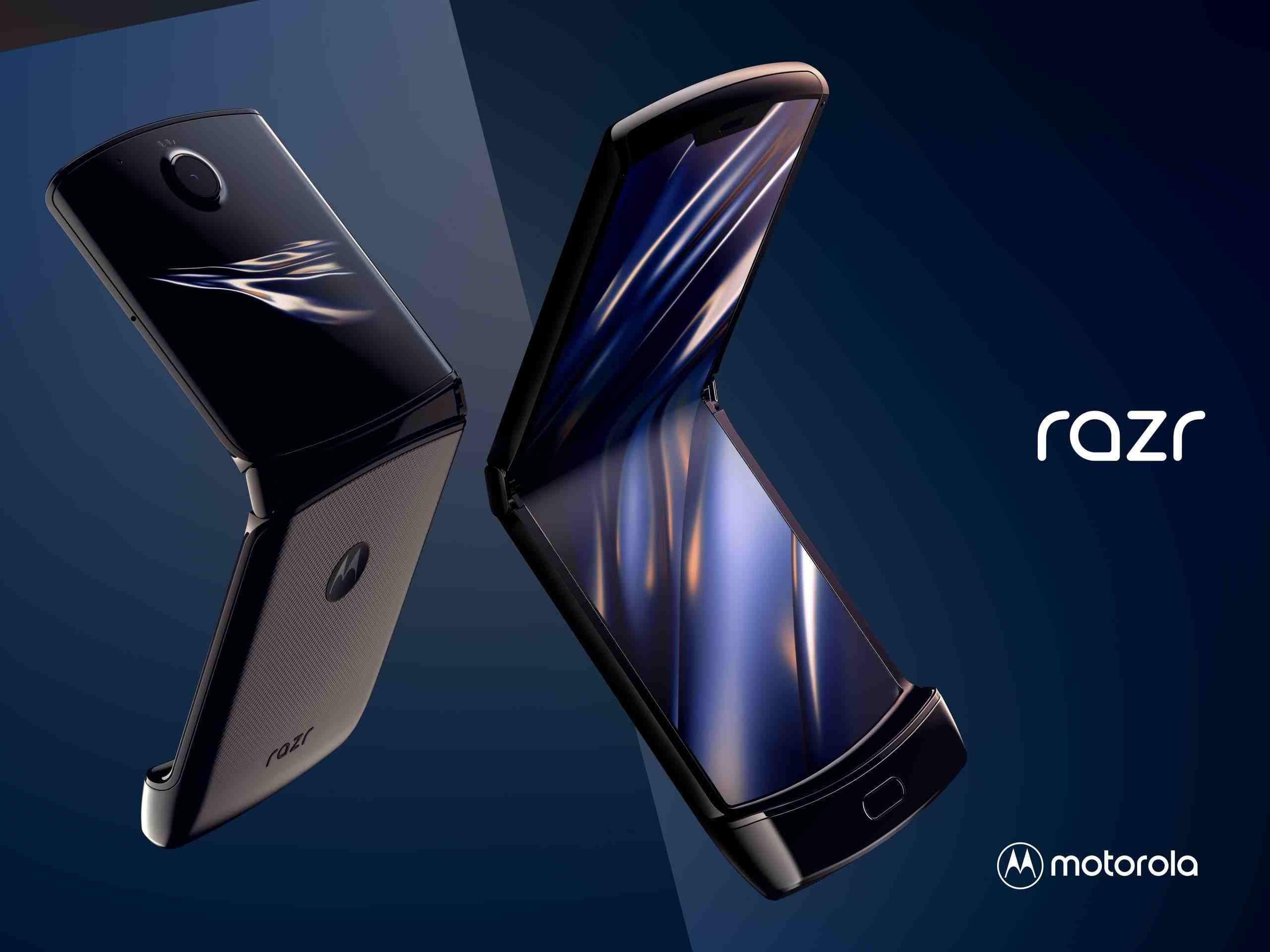 It also sports eSIM technology, meaning the SIM is built into the device. No need to pull it out, it’s in there forever.

Included in the box are the phone, along with Razr earbuds, an accessories case, the TurboPower charger, a USB-C cable, guides and a headset adapter cable.