Telstra operates Australia’s largest mobile network, covering no less than 2.4 million square kilometres of our vast, brown land. A household name for decades, Telstra is probably the first brand that comes to mind when you think of mobile plans, and with good reason: according to the company, there are over 17 million mobile services activated on its plans throughout Australia.

While Telstra is known for its extensive coverage, particularly in regional areas, it’s not the most affordable provider out there. However, the telco does throw in some great extras with selected plans, so if you’re after a mobile service with all the bells and whistles, awesome data speeds, and a reliable network — occasional outages notwithstanding — you may find the extra cost worth it. If you want to find out more about Telstra’s phone plans read on a for a breakdown of mobile, postpaid and prepaid plans, including extras, network coverage, and more. 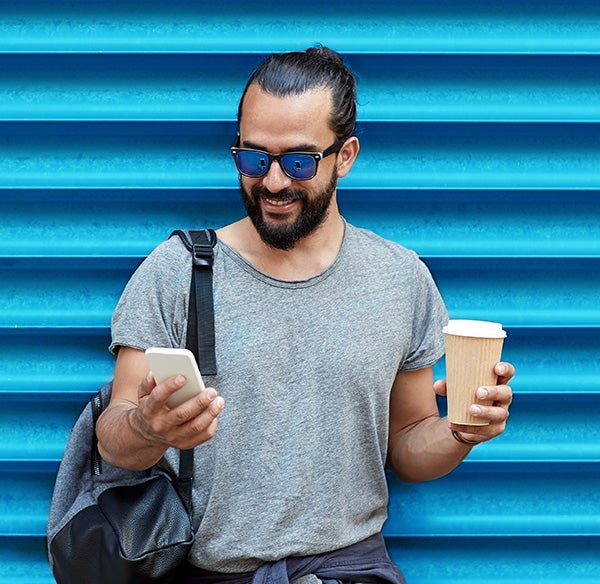 The amount of detail and options on these plans will differ from plan to plan. For example, Telstra’s prepaid plans are available across different expiry periods with seven, 28, 35 and even 42-day expiry periods (not to mention the long expiry periods of six-12 months).

In comparison, Telstra offers just four postpaid plans, all of which are month-to-month and contract-free; customers can bring their own device and go SIM-only, or combine their plan with a new smartphone from Telstra.

Telstra has also been at the forefront of developing an Australian 5G network, and was the first telco to launch a phone plan bundled with a 5G phone in 2019. Since then, many phone manufacturers have released 5G models and the 5G network competition is heating up. While Optus and Vodafone are now rolling out 5G networks, Telstra was the first to go live and does carry a large selection of 5G devices including the 5G WiFi Home hub for your home broadband needs, and many 5G-compatible devices from Samsung, OPPO and more.

What are the best Telstra phone plans?

If you’re considering a Telstra phone plan, the following table is a snapshot of the SIM-only postpaid phone plans currently on offer, all of which are available on a month-to-month basis. All of these plans are also available to pair with a Telstra smartphone – more information on how this works can be found further down the page.

Let’s take a look at the four postpaid month-to-month phone plans available from Telstra as published on Canstar Blue’s database, listed in order of cost from lowest to highest. Use our comparison tool to see plans from a wide range of providers. This is a selection of products with links to referral partners.

What does Telstra offer?

Not only does Telstra offer a wide range of plans and new handsets, but Telstra also gives its customers a long list of extras, from international call inclusions to entertainment extras — Telstra does offer a lot of perks for your money.

If you’re interested in what extras Telstra has to offer, here’s a table with some of the inclusions and options on Telstra plans:

Telstra loves to talk up its mobile coverage, which is the largest in Australia. The company itself states that its mobile networks cover more than 99% of the Australian population. Currently, the telco still operates 3G and 4G networks, including its extra-fast 4GX service on its 700MHz spectrum. Combined with a compatible mobile device, 4GX can supply speeds up to six times as fast as Telstra’s original 4G, and is currently available in more than 1600 towns and cities (and counting).

As for next-gen technology, 2018 saw the launch of the telco’s 5G mobile network, which went live in 2019. You can already pick up 5G devices on plans from Telstra, but with only a small number of active 5G sites in the country, you might need to wait a bit longer to access the telco’s new 1Gbps network.

Currently, 5G access is available free to customers on Medium, Large, and Extra Large postpaid plans, and to selected prepaid customers, and to

Below is a screenshot of Telstra’s current 4G and 3G coverage (in green and orange). More detailed coverage information can be found at Telstra.com.

All of Telstra’s plans come with the standard national talk and text, plus data use within Australia. But sign up for selected plans, and you’ll also get access to a bunch of awesome bonuses and extras, thanks to Telstra’s many entertainment partnerships. Many of these entertainment extras are standard to the majority of Telstra’s plans, so whether you’re looking for a new phone, a SIM-only postpaid or prepaid plan, many of Telstra’s deals include these extras.

If you’re looking for a SIM-only phone plan (a Telstra mobile plan without a phone) for a smartphone you already own, Telstra has you covered — and with no lock-in contracts, you’re free to switch between plans or cancel without penalty. The telco has simplified SIM-only with four plan options, each including unlimited standard national talk and text, unlimited speed-capped gigabytes, and generous fast data amounts.

Plan start at $55 per month, and all options are free from excess data use charges. This means that once you’ve exceeded your full-speed data allowance, you’ll receive unlimited speed-capped data for the rest of your billing cycle. This data is capped at 1.5Mbps – fast enough for most web browsing and general social media, but not recommended for HD video streaming or bandwidth-intensive activity.

If you do use up your fast data, and find 1.5Mbps speeds a struggle, you can upgrade your Telstra mobile plan to a higher plan at any time (and back down again the following month). Plan switches are free and available once per month, both for SIM-only users and customers paying off a Telstra smartphone.

All of the above SIM-only plans are also available to pair with your choice of smartphone, on a 12 or 24-month payment term. Telstra separates phone purchase plans from its actual mobile service, so you’ll no longer be locked into a single mobile plan for the duration of your phone payment period.

Previously, buying a smartphone required picking a Telstra plan, signing up for a 24-month contract, and being stuck with the same data and plan inclusions for the next two years. Now, mobile plans are month-to-month only, and you’ll instead sign a contract solely for your device repayments. Monthly phone repayments will remain the same, but you’ll be free to switch between Telstra’s four postpaid plans on a monthly basis.

If you decide to cancel your Telstra service, you’ll simply need to pay the remaining balance on your smartphone, settle your final Telstra bill, then take your device and go. There are no further early termination fees or catches, and your phone is yours forever once you’ve made the final payment.

As for the phones you can pick up on a plan from Telstra, you’ll find a wide selection of phones from several big manufacturers. It’s easy to pick up a Telstra mobile plan with iPhones, a range of Samsung Galaxy devices, OPPO phones, Google Pixel, Huawei, Nokia and even Telstra’s own brand of phone.

The following table shows all published Telstra 24-month 64GB Apple iPhone 12 plans on Canstar Blue’s database, listed in order of cost, from the lowest to highest. Use our comparison tool to see plans from a wide range of providers. This is a selection of products with links to referral partners.

If you’re after a fuss-free, no-frills plan with maximum flexibility, then a prepaid plan could be right for you. Telstra has an impressive range of prepaid plans, over two categories:

These are Telstra’s standout prepaid plans, featuring unlimited texts and calls and generous amounts of data. Plans even come with unlimited international calls to 20 popular countries, plus an included amount of Extra Credit for roaming and additional overseas calling. If you’re after a cheap-ish, no-fuss plan on Australia’s largest network, these could be worth considering. Some of these plans may only be offered as recharges, so you might need to purchase a $2 SIM Starter Kit then top up with your preferred plan.

These recharge packs are just traditional prepaid: a choice of five recharge amounts, each of which gives you that exact dollar value to use on calls, texts and data. The more expensive the recharge, the longer your credit lasts, up to a maximum of 365 days for the $100 recharge – and with calls costing just 30c/min, texts 30c and data 10c a megabyte, it could be a good option for light phone users if you’re able to ration your credit.

Getting support from Telstra

Need some help with your Telstra plan or service? The telco offers plenty of contact and support options, including:

How does Telstra compare?

If you’re interested in Telstra, but want to take a lot at your other options, the following smaller carriers also offer plans on parts of Telstra’s 4G and 3G networks:

Is Telstra a good deal?

If you’re looking for the absolute cheapest phone plans on offer, Telstra isn’t for you. The company markets itself on being the premium Australian telco and usually prices reflect that; however, if feature-packed plans, regional coverage, and super-fast data is important to you, Telstra should tick your boxes.

Considering some of the extras that Telstra includes on its plans – such as data-free streaming of Apple Music and live sport – it’s a great option for anyone who prioritises entertainment, both on-the-go and at home. The telco is also the only Australian provider to offer zero data overage fees on all postpaid plans, thanks to its unlimited 1.5Mbps data inclusions.

Finally, gadget lovers will appreciate the range of handsets on offer with Telstra mobile plans, and the option to pay off devices over a 12 or 24-month period. Plans may be on the pricey side, but Telstra continues to offer plenty of incentives for customers who like their phone plans jam-packed with features.

What do customers think about Telstra phone plans?

In 2019, Australians gave Telstra 3 out of 5 stars for Overall Customer Satisfaction in handset phone plans.