There are more than 30 phone plan providers out there, all begging for your money. However, they all piggyback off the three main networks in Australia – Vodafone, Optus and Telstra. There’s still merit in going with these big guys, too. Vodafone and Optus have historically played second fiddle to Telstra. But they seem to be catching up in terms of subscriber base and network coverage, thanks to their typically competitive phone plans that are often cheaper than those on offer from Telstra.

So, if you don’t want Telstra but still want one of the big guys, do you turn to Optus or Vodafone?

Vodafone vs Optus – where can you find the best deal?

Between the two telcos there is a wide range of plans available, with each telco offering handset phone plans, SIM-only postpaid deals, as well as the good old prepaid options. Let’s see just what the two have available.

Phones on a Plan Compared

To get the latest phone plans (such as a plan with the new iPhone 13 series),  you usually need to opt for one of the big providers. Both Vodafone and Optus provide fairly competitive handset phone plans, and there are a lot of similarities.

Optus and Vodafone both offer new phones available on a payment period, which can then be bundled with a new device. The payment periods for both telcos are 12, 24 or 36 months. The longer the payment period, the cheaper the monthly handset cost, however you will end up paying the same price for your smartphone overall, no matter which payment period you choose.

You’ll then bundle your handset with a postpaid plan. Both telcos offer a suite of five postpaid plans available to bundle with your device. These plans, while at similar price points, do have their differences:

Optus has four postpaid plans to choose from, with a variety of data inclusions at different price points. As it stands, Vodafone tends to offer more data and international call extras, whereas Optus can offer more in the way of entertainment, such as Optus Sport.

The following table shows a selection of Optus and Vodafone 128GB iPhone 13 Pro 24-month phone plans from Canstar Blue’s database, listed in order of cost, from the lowest to highest and then by data allowance, largest to smallest. Use our comparison tool to see plans from a range of providers. This is a selection of products including links to our referral partners.

Both Optus and Vodafone offer ‘unlimited’ data plans, but at capped speeds. All Optus postpaid mobile plans include ‘endless data’ limited to speeds of 1.5Mbps, in addition to a monthly high-speed data allowance. Vodafone offers what it calls ‘infinite data’ on top of your fast data inclusions, but the speed you’ll get depends on your plan: $40 and $45 plans offer speeds of 2Mbps, $55 and $65 plans include a 10Mbps cap, and the Ultra+ $85 plan includes unlimited speeds.

If you’re looking for entertainment, Optus plans include free Optus Sport + Fitness, which gives you access to Premier League and UEFA Champions matches and over 120 fitness videos including yoga, dance, and Pilates. While Vodafone offers no permanent entertainment inclusions, you can score promo offers such as free Amazon Prime if you sign up at the right time.

Overall, the better plan depends on what you’re after – data, or entertainment? This may help determine what provider is right for you.  If you’re after a flexible month-to-month SIM-only plan that’s cheap and has decent data inclusions for your money, you might have better luck comparing plans from other providers, which tend to offer bigger data allowances at smaller price points.

The following table includes all Vodafone and Optus month-to-month SIM Only postpaid plans from Canstar Blue’s database, listed in order of cost, from the lowest to highest and then by data allowance, largest to smallest. Use our comparison tool to see plans from a range of providers. This is a selection of products including links to our referral partners.

Good old prepaid: both Vodafone and Optus provide a large array of plans here. Both offer some form of ‘long life’ phone plans with expiry periods up to 365 days, some ‘all rounder’ plans, and some other low-cost/low-use plans.

Once again, it depends on what you’re after. There’s no distinct winner here, but it does seem like Optus has a slightly larger range, and thus, arguably more to choose from.

The following table includes all Vodafone Optus (Epic Data) SIM Only prepaid plans from Canstar Blue’s database, listed in order of cost, from the lowest to highest and then alphabetically. Use our comparison tool to see plans from a range of providers. This is a selection of products including links to our referral partners.

Who should I go with – Optus or Vodafone?

They are two giants of the telco world, with each offering a fairly mammoth amount of plans. However, the question remains with you, the consumer: what do you want? Each telco across all plan types has its strengths and weaknesses.

If you want a lot of data, Vodafone is an enticing prospect, especially with access to unlimited capped-speed data. However, if you want more of a ‘lifestyle’ product you can use to stream and do other stuff with, an Optus plan may be better for you.

All in all, both telcos have a large range of plans – there’s bound to be something out there for everyone…it all just depends on what you’re after. 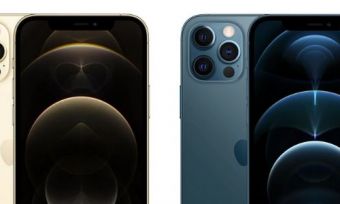