One of few telecommunications companies in Australia which has a truly global presence, Vodafone entered the local mobile phone market in the 1990s and has since become one of the biggest providers around. The key to its success is clearly that Vodafone owns its very own mobile network infrastructure, which allows it to provide mobile services across the country. But does that mean Vodafone actually offers the best-value plans on its own network?

Vodafone also sells the use of its network to third-party mobile virtual network operators (MVNOs). These smaller service providers may lack the people and marketing power of Vodafone, but with low overheads they are often able to provide competitive SIM-only phone plans with equally reliable coverage. That’s why we’ve gathered together the best-value providers operating on the Vodafone network to make choosing your next mobile plan a little bit easier.

Vodafone might not be the cheapest telco around, but you can still pick up a decently-priced phone plan from many of the mobile providers using the Vodafone network. The table below shows a selection of prepaid plans from Canstar Blue’s database on the Vodafone network, listed in order of advertised cost, lowest cost first, then by data allowance. Use our comparison tool to see a wider range of plans from other providers.

Mobile Providers on the Vodafone Network

The leading mobile providers on the Vodafone network in Australia include:

There are a whole heap of plans to choose from that make use of the much-improved Vodafone network. Starting prices vary wildly, and you’ll need to look past price alone to see what you actually get for your money. The companies listed above are arguably the more popular mobile providers  on the Vodafone network.

A new entrant in the Aussie telco space, Felix Mobile offers just a single plan on a subscription basis. The $35  prepaid plan includes unlimited standard national talk and text, plus unlimited data (the catch being that all data use is limited to speed of 20Mbps). This means you’ll never pay excess data charges in Australia, but that you may not be able to take advantage of superfast speeds available to 5G phone users on Vodafone’s new 5G mobile network.

Felix Mobile is also carbon neutral and runs on ‘100% renewable’ electricity, and the company’s environmental focus makes it a good option for customers looking for a sustainable telco at an affordable price. Plans run on a 30-day expiry and auto-renew, but you’re free to cancel your service at any time. Felix Mobile’s base plan is outlined below.

A telco with a reputation for great product value, iiNet was taken over by TPG, but it still offers its own unique range of home broadband and mobile phone plans. iiNet offers four different month-to-month SIM only prepaid phone plans on the Vodafone 4G and 3G network, with prices steadily increasing as you add more data. The top plan is the only one with international call value, with 100 international minutes included.

When it comes to data, these plans have a reasonably modest offering, so you may be able to find more data or variety elsewhere. While these plans are prepaid, its slightly different to other prepaid providers — you pre-pay for your month’s plan rather than paying a bill at the end of the billing cycle. The month-to-month offering is different from the typical 28 or 30-day expiry period on many other prepaid plans. Plus, you can top up your ‘Prepaid Balance’ at any time to cover any excess data charges, rather than recharging your plan when you’ve gone over your inclusions.

One of Australia’s biggest home broadband providers, TPG also offers a selection of competitive SIM-only prepaid mobile phone plans on the Vodafone 4G network. There are four no-contract plans available, and Medium, Large and Extra Large plans each include a $5 or $10 per month discount if you’re also a TPG broadband customer.

Plans begin at $20 per month for 12GB of data, and all include unlimited standard talk and text to Aussie numbers. Customers can add on unlimited calls to 37 countries for an additional $5 per month, and extra data is available for $10 per 2GB.

Kogan Mobile is the online retailer’s latest venture into the digital world, having already evolved its core business from an electronics store to a massive general department store. Kogan Mobile’s plans are all prepaid and come with 4G connectivity and unlimited calls and texts. Customers can choose from two monthly plans on a 12-month contract, or from four 365-day plans which feature a total data amount to be used over a full year.

365-day plans allow you to pay for a full year upfront, and these plans do tend to offer more value overall. Think of it as like buying in bulk at the grocery store – it nearly always works out cheaper.

This type of plan structure is a little unusual here in Australia, which probably adds to the appeal for Kogan customers. Kogan Mobile arguably provides the best ‘bang for buck’ in this list, with big amounts of data on offer for comparatively little prices. Here’s a snapshot of what Kogan Mobile has to offer:

A mobile service provider across several countries, Lebara offers a large range of plans in Australia, in addition to specific international call plans and data packs. Its big calling card is its international minute inclusions, making Lebara a great choice for Aussies with friends or family overseas. Plans start at just under $15 for which you’ll get unlimited calls & texts as standard plus 3GB data. There are also incentives for signing up to either a 180 day or 360 day plan.

Lebara has a large range of plans that offer a good compromise between data and international calls and texts – if your mindset is a bit more international, Lebara could be for you. Take a look at Lebara’s plans here:

Hello Mobile is another prepaid provider on the Vodafone network, with a couple plans to choose from. Its flagship plan comes with unlimited calls & texts plus 10GB data for $35, which is quite competitive. This plan is held over a 30 day term, while a 1GB/$10 PAYG plan is also available. Hello Mobile does not have the most comprehensive suite of plans, but it what it does offer looks quite competitive.

Think Mobile is a Gold Coast-based MVNO, and offers plans over two carriers. On the Vodafone network its plans come in postpaid form, named the ‘Ultimate’ plans, which are arguably most competitive. There are three price points to choose from — $30, $37 and $48. Then you select whether you want your plan as a month-to-month plan, over six months or over 12 months. The length of your plan will determine how much data you get each month, with more data on offer if you’re willing to commit to six or 12-month plans. For example, if you sign up to the $48 plan on a month-to-month plan, you’ll get 20GB of data, over six months you’ll get 40GB and on a 12-month plan you’ll get 80GB of data.

GoTalk is a rather small telco with some humble offerings, but all of its ‘Aussie’ prepaid plans come with unlimited calls as standard, which is a promising feature. GoTalk also offers other pay-as-you-go (PAYG) phone plans with variable call, text and data rates. However, the meatiest plans all fall under the ‘Aussie’ designation, with 2GB on offer for about $30, while 4GB can be had for $40. Prepaid terms are over 30 days, whereas many other providers are over 28 days. GoTalk may not be the most competitive provider out there, but it does have 8am-8pm customer service 7 days a week, with multilingual support.

What comparison of phone plans on the Vodafone network would be complete without a close look at the Big Red itself? Vodafone has a massive range of plans available, with prepaid, SIM-only postpaid and phones on a plan on offer.

Not only does Vodafone provide great value prepaid and postpaid plans but it’s also at the forefront of plan innovation, including its very popular $5 Roaming deal whereby customers get the same plan inclusions from overseas at an extra cost of just $5 per day.

What Vodafone plan is the best deal?

As with the other major telcos (Telstra and Optus), Vodafone the company is by no means the only way to access Vodafone the network. Beyond the providers reviewed above, there are several others that may be worth a look into:

With a wide variety of providers to pick from – some with funky names – there really is an abundance of options if you love your Vodafone network service. From our review, it’s clear that each of the providers has some unique selling points, whether it’s:

It’s all about what you desire in a phone plan, but in summary, every provider excels in something different, so it can pay to compare them all. 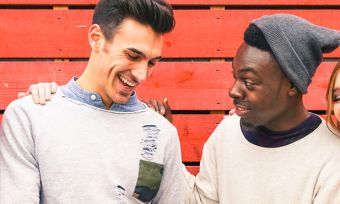 The cheapest mobile plans in Australia