A new trial will allow solar customers in South Australia to export more power into the state’s grid.

The ‘world-leading trial’ will introduce a new flexible solar export option for customers that’ll enable households to maximise their exports while reducing congestion on the electricity grid.

“This is the future –a smarter, more flexible power system. It is fantastic news for South Australian customers,” he said. “South Australians have been strong adopters of solar panels, and while this is good news for the environment and customers’ hip-pockets, it creates congestion on parts of the grid and in some cases that means limits to solar exports have to apply.

“Until now, the problem has been that in order to manage voltage and stability issues that occur only some of the time, networks around the country have had to impose exports limits that apply all the time.”

Through this trial, SAPN will begin offering small-scale solar customers either a reduced fixed export rate of 1.5 kilowatts (kW) or a flexible export option that allows up to 10kW of power to be sent back into the grid at least 98 per cent of the time.

A fixed export is the amount of power a solar customer can send back to the grid at any given time, no matter what state the grid is in.

Flexible exports are able to adapt to the conditions of the grid and fluctuate depending on this. Because of this flexibility, these kinds of exports can allow customers to send larger quantities of energy back when the grid is in the right condition.

A flexible solar export however, relies on a smart meter or smart solar inverter to alert bill-payers of any changes in export limits.

Currently, South Australians have an export limit of 5kW, but this threshold has been reduced to as low as zero during recent occurrences of solar energy congestion on the grid.

Similar to the new solar reforms passed last month, these flexible and fixed export options aim to cease the need to ban customers with rooftop solar from exporting their excess power.

This trial will create a wealth of opportunity for small-scale solar generation and exports in Australia, added Mr Dillon.

“SA Power Networks believes widespread adoption of this technology will help it double the amount of solar on its network by 2025,” he said. “Networks are adapting to make the electricity grid smarter so it can support increasing amounts of rooftop solar and storage, giving customers greater choice about how to manage their energy use.

“The SA trial will have implications not only for the rest of Australia, but internationally.”

Once the initial phases of the trial are completed, SAPN claims it will begin offering flexible exports as a standard connection option for both new solar customers and existing customers who are upgrading their system.

The flexible exports trial will only take place in select network locations and will affect around 800 customers, or less than two per cent of all solar connections in the state.

The trial is expected to begin later this month.

Here are some of the cheapest solar-specific deals from the retailers on our database. These are products from referral partners†. These costs are based on SA Power network in Adelaide but prices will vary depending on your circumstances. We show one product per retailer, listed in order of lowest price first. Annual price estimates assume general energy usage of 4000kWh/year for a residential customer on a single rate tariff. Price estimates exclude solar feed-in tariff credits. Our database may not cover all deals in your area, and please check retailer websites for up to date information.

How will flexible solar exports aid in reducing grid congestion?

Implementing a flexible solar export system will aid in reducing grid congestion as it will take into account the conditions of the network, before allowing customers to export their excess energy. This will then allow the grid to better adapt to the influx of electricity it is receiving, as the export limit will only reflect what the network is capable of taking.

Currently, households and businesses across Australia can typically send around 5kW of generated solar energy back at any given time. Although this number may seem quite small, it enables the grid to not be overwhelmed during peak periods by the amount of power sent from solar customers. Given Australia has one of the fastest uptakes of rooftop solar in the world, distributors and networks have to ensure the grid can handle an influx of power being exported at any one time. 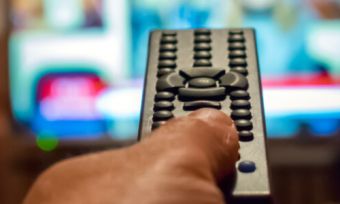 How to watch Dragon Ball Z in Australia