In recent years, a new kind of FiT has been introduced for solar customers in some states, known as a ‘time-varying feed-in tariff’. This is a FiT that pays a different rate depending on the time of day that power is exported. But just how does this new FiT work and what does this mean for your solar investment. This Canstar Blue article breaks it down for you.

When solar panels produce more electricity than what your home can use, the excess solar power is fed back into the electricity grid in exchange for what is called a “feed-in tariff” (FiT). This is a small rebate of a few cents for every kWh of electricity that your system exports. Feed-in tariffs have traditionally been ‘single’ or ‘flat’ rate, meaning solar panel owners were paid the same amount for their solar power regardless of when it was exported to the grid. However, with a time-varying FiT, customers may find that they are more greatly rewarded for sending power back at certain times of the day. Just how does this work exactly? We explain below.

What is a time-varying feed-in tariff? 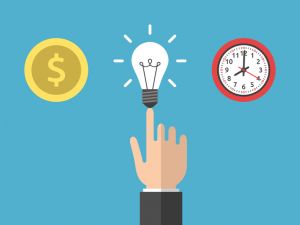 The peak period is when most people use electricity – generally from around 3pm to 9pm on weekdays. Customers with solar power are paid the most for their exported solar energy during this time because there is high demand for electricity. The off-peak period runs from late night to early morning, usually around 10pm to 7am when everyone’s asleep and there’s a low demand for electricity. Customers are paid a small FiT in the unlikely event that solar panels are producing electricity during this time. All other times are referred to as the ‘shoulder period’ and customers are paid a medium-rate for solar power.

What are the time-varying feed-in tariff rates?

The New South Wales Independent regulator has also introduced time dependent feed-in tariffs for solar customers, however, its pricing is simply benchmark ranges, not minimum amounts. Pricing on these tariffs range from 4.3c to 14.5c/kWh depending on the time of day.

Unlike Victoria, the feed-in tariff rates in NSW are just a benchmark – not a minimum. The alternative to a time-varying FiT is a single rate FiT. The minimum single-rate FiT in Victoria is typically reviewed and updated every 12 months.

The Ergon Energy network for regional Queensland has also offered a time-varying FiT to solar customers in the past.

Will a time-varying feed-in tariff save me money?

A time-varying feed-in tariff won’t be for everyone, however, there’s some incredible savings to be had for particularly energy-savvy customers. Solar panels will produce the most electricity between 8am and 4pm, depending on the location and season. This means that the majority of your solar exports would be during off-peak or shoulder periods. If you have a solar storage battery however, you could maximise the feed-in tariff by storing solar power produced through the day and exporting it during the peak period at night to receive the higher feed-in tariff rate. Alternatively if you haven’t installed solar yet, it’s worth enquiring about the feasibility of positioning solar panels to face westward, as this allows the panels to generate more power in the late afternoon.

If you have solar but never really think about it, then you are probably better off sticking to a traditional single rate feed-in tariff for now. Take the following examples: 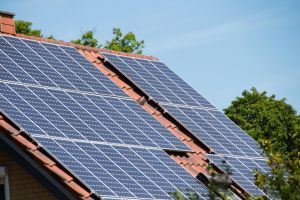 Take a Victorian household with a 4kW solar system. Let’s assume that on a sunny day this system produces 16kWh of solar power – 2kWh produced in off-peak time, 2kWh in peak time, and 12kWh during the shoulder period. Let’s assume that this household exports EVERYTHING its panels produce into the grid. We also assume the household receives the minimum FiT in Victoria.

In this example, a time varying tariff leaves the household better off by about 1.2 cents per day. However, this isn’t a particularly realistic example as most households use the majority of electricity in the evening when kids get home from school and parents get home from work. That means solar produced in peak periods will usually be consumed, not exported. So now let’s assume that the 2kWh of solar power produced in the peak period is consumed and NOT exported (for a total of 14kWh of solar exports per day).

Now we see that it’s the single rate tariff that works out to be better value.

If you have energy monitoring technology, use it to see when your solar panels are producing electricity. The more power your panels produce in the late afternoon, the better off you should be on a time-varying tariff.

What does a time-varying feed-in tariff mean for my solar investment?

Time-varying feed-in tariffs appear to be the way of the future whether we like it not. As we’ve pointed out, time-varying feed-in tariffs may leave you worse off if you’re not smart about solar, but that is kind of the point. These new tariffs are designed to make us rethink how we use, store and share solar power. If you haven’t done so already, consider installing electricity monitoring. Also weigh up whether you could save with a solar storage unit. But for now, compare solar providers using Canstar Blue’s customer ratings to see if you’re with the best provider for your needs.