With no shortage of streaming services in Australia, you’ll likely be able to find something that suits whatever you’re craving during your next movie night. Want all the latest releases you missed when they were in the cinema? Sorted. Want your fix of sport? Sorted. Comedy specials to leave you in stitches? Sorted. But while the latest blockbusters are good for lazy afternoons on the couch, what if you want to expand your horizons – and your mind – while streaming? For fans of documentaries and current affair programs, streaming service ‘iwonder’ may be just the ticket.

iwonder is a streaming service that focusses primarily on documentaries and current affairs, covering all types of subjects from true crime to sports docos, with short clips and exclusive content available.

iwonder splits its content into multiple genres to help you find what you’re feeling, with genres including Business & Technology, Crime, Culture, Health & Science, History, Nature & Environment, Politics & World Affairs, Society, as well as Sports & Adventure, with each genre also broken down into more specific categories. Some of iwonder’s content includes:

With a number of documentaries showcased at global film festivals such as Sundance, Tribeca Film Festival and the Cannes Film Festival, you’ll be in your element if you enjoy documentaries. And if you’re strapped for time, iwonder also has a number of ‘shorts’ for those who want to squeeze in one more episode before bed.

In addition to its vast library of documentaries, iwonder also has a number of exclusives available, including:

How much does iwonder cost?

Does iwonder have a free trial?

iwonder is currently offering a 14-day free trial before automatically rolling you over onto the plan that you selected during sign up.

How can I watch iwonder? 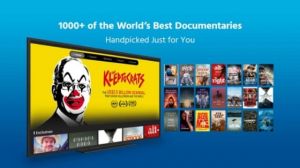 iwonder is available to watch through the app, which is available via the App Store and Google Play, allowing you to watch on your phone and tablet, along with via casting to your TV for a big screen experience. You can also watch via the iwonder website, giving you plenty of options to catch up with the latest docos, with up to five devices able to be used at the same time.

What quality does iwonder stream in?

You can stream in 480p, 720p and 1080p quality, with resolution able to be manually adjusted if you’re worried about your data usage, with iwonder stating that a Standard Definition video will use about 800MB an hour, while a High Definition stream will use around 3GB per hour.

Should I get iwonder?

There’s no shortage of streaming services available in Australia – with many offering free trials to get you to sign up – but there aren’t many that specialise in documentaries, meaning iwonder has certainly carved out a spot for itself in the market. And with a monthly subscription that’s cheaper than many other services, it certainly won’t break the bank to try, and who knows, you might learn a thing or two.

Don’t have a Disney+ account yet? Need your Star Wars fix? There are two plan options to choose from – a monthly subscription at just $11.99 per month, or prepay for a whole year at $119.99 and save on the monthly cost. Both plans include the same features, with unlimited downloads and the ability to stream on up to four screens at the same time. This table includes links to a referral partner.