It’s Roland around again – the French Open – one of the Grand Slam tennis tournaments, is getting underway in the Hexagon (France, if that wasn’t clear enough). Second best to only Wimbledon in terms of prestige, the French Open is serving up fierce competition with no love lost. Taking place on the traditional clay courts, the Roland Garros is set to get underway for another year, but how can you watch it in Australia? Find out in this Canstar Blue guide.

How to watch the French Open 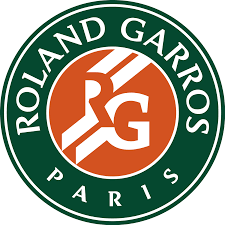 Channel 9 and Stan Sport will be the exclusive broadcasters of the French Open in Australia, offering live and on-demand coverage of matches, as well as highlights and talk shows.

Watch the French Open on Channel 9

Channel 9 secured the broadcasting rights for the French Open, offering live and on-demand coverage through its multiple free-to-air channels, including Channel Nine, 9Go and 9GEM. Check your local guides for match times.

Stan Sport will offer ad-free coverage of every match from every court of the French Open, both live and on-demand. Stan Sport will cost an additional $10 per month, but is only available to purchase alongside a Stan subscription, meaning it will cost you upwards of $20 per month to catch the sporting action, depending on which Stan plan you sign up to.

When is the French Open?

The French Open starts on May 22, 2022, and concludes on June 5, 2022, with Qualifiers starting earlier in the week. Games will take place in the early evening until early morning for Australian viewers – a small win for the night owls.

If you’re keen to catch the French Open action, here’s a rundown of the 2021 competition schedule:

Love streaming? Love sports? You may not be able to find the French Open on Kayo, but when the tournament finishes you’ll have access to a wealth of sports to fill that gap, from basketball to cricket, motorsports to soccer. Click ‘go to site’ for more details.