A guide to smart watches in Australia

Over recent years, wearable technology has expanded into many households, with products such as the smart watch becoming commonplace amongst consumers. The futuristic feeling of having a smartphone on your wrist, as well as the benefits of staying connecting without your phone, has been too hard to resist, with plenty of companies jumping into the market.

While not a new concept, with the term ‘smart watch’ going back to the early 90s, it’s only been over recent years that the concept has really grown and improved. With so many companies offering their products, it may be the best time to invest in the latest smartwatches in the Australian market. Thankfully, you’ve landed in the right spot, as we’ve got plenty of time to look into what’s out there, and what may be the best fit for you.

What is a smart watch? 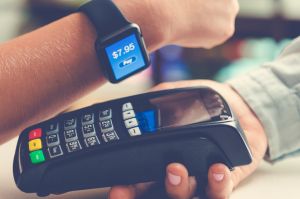 By today’s standards, the smart watch is essentially a smartphone or computer that fits on your wrist, capable of keeping you up to date with the world, as well as helping you with errands, reminders and day-to-day activities.

The traditional smart watch has a small electronic display, similar to the lock screen on your phone, with notifications and information popping up as it comes through. As they have progressed over time, the smart watch now usually includes the functionality to call or message contacts, search the internet as well as help you on your fitness program.

More recently, a line of smart watches called Hybrid smart watches have been designed for those who like the aesthetic of the traditional hands-on-the-dial, but also want to be kept in the 21st century. As a result, there are a lot of options out there, which can make it a bit tricky when it comes to finding the best fit for you. Add in fitness trackers that also tell you the time, and you’ve got plenty to keep your hands full. To help you get a grip, here are the major brands of smart watches available in Australia.

Who offers smart watches in Australia?

As with any electronics release, the usual big names are here, with some lesser known brands and even fashion labels getting in on the action. Below are a few examples that can be found in Australia.

Apple’s current flagship model is the Series 5, which is available with a number of bands, faces and finishes to suit your style and comfort preferences. The Series 5 includes all the features you’d expect from a smartwatch and fitness tracker, including a heart rate monitor, Bluetooth connectivity, music streaming as well as a compass to help you stay on track. The Series 5 is also compatible with Apple Pay, meaning you can also leave your wallet at home, with plenty of aesthetic variety available if you’re after a particular look. If you’re really looking to set yourself apart through your watch, Apple also offers the Apple Watch Nike and Apple Watch Hermes series, each with different straps and displays to suit whatever style you’re going for, with similar hardware and software specs to the Series 5 models.

Another big-name brand in the smartwatch market, Samsung’s flagship model is the Galaxy Watch3 – which is available with either a 41mm or 45mm case – and comes equipped with a changeable display to suit your preferences. The Galaxy Watch3 also comes in a variety of styles and display types, with leather straps also available for those looking for that genuine watch feel. Samsung also offer the Galaxy Watch Active as the middle ground between smartwatch and fitness tracker, coming equipped with an Activity Tracker, Super AMOLED Display and Bluetooth capabilities to keep you in the loop with your music and notifications.

A more traditional watchmaker, Fossil has kept up with technology, producing a range of smart watches and hybrid watches in both men and women’s designs. For the more aesthetically-conscious, Fossil may be a better option due to their expertise within the watchmaking industry, but don’t let that fool you into thinking they can’t mix with the best of them, with the Fossil Gen 5 coming with plenty of features. Expect a swimproof design, activity tracking capabilities, 8GB memory and Bluetooth, Wi-Fi and GPS compatibility, with a number of straps and designs available for those big on style.

While more associated with fitness and heart rate monitors, FitBit has released a range of smart watches for those on the go, including the Versa and Ionic ranges. The Ionic smartwatch includes features such as water-resistance and activity tracking for those looking for a workout buddy, as well as the ability to pay with FitBit Pay, with a variety of styles and wrist bands to choose from.

The Versa range includes the Versa Lite and Versa 2 watches, with the Lite including a 24-hour heart rate monitor and sleep tracking capabilities, as well as fitness tracking and meditation settings to help you unwind after a long day. The Versa 2 also includes various health and fitness tracking elements, along with Voice Reply and Amazon Alexa built-in for easy use.

Known for its range of GPS navigators and outdoor equipment, Garmin also have a number of smartwatches available, regardless if you’re looking for a stylish option, or something that you can take with you on your next outdoor adventure. Garmin’s Lifestyle range includes the Legacy, Venu and Vicoactive series, all of which come with a variety of styles and designs to help you looking fresh, in addition to keeping up with your day-to-day activities.

The bulk of Garmin’s range lies in fitness and outdoor adventures models, with a variety of models and series purposely built to suit your activity preference or to help you in certain environments, such as boating, aviation or if you’re keeping your feet on the ground.

Known for its smartphone range, Huawei additionally has a number of fitness trackers and smartwatches available, including the GT and GT2 line ups. The GT is available with either a 42mm or 46mm case, with a TruSeen heart rate monitor built in, along with the traditional fitness tracking functionality you’ve come to expect with a smartwatch.

The GT2 includes a 3D glass face for a crisp display, along with built-in fitness tracking functionality, in addition to Bluetooth functionality for calls and music. The GT2e includes a dual-chip design for longer usage, with more options for fitness tracking to ensure you’re getting a correct reading, regardless of what your sport of choice is. Both the GT2 and GT2e include a variety of designs and straps available to suit your outfit and style. 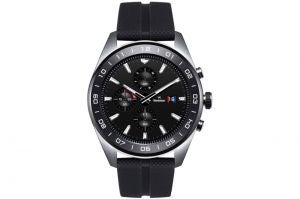 While it may not have the range of some other brands, LG is well known across multiple tech and appliance industries, so it’s not surprising to see them in the smartwatch market. Offering the W7, LG’s watch includes a 1.2inch display, stainless steel design and analog display, ideal for those who prefer a more traditional look. It also features hands-free navigation, compass and fitness tracking functionality, along with 4GB of storage and a Wear OS by Google operating system to keep everything running smoothly.

When it comes to wearable technology, it’s really no surprise that fashion labels are expanding into the market, with smart watches becoming half fashion statement and half tech product. While not heavily focussed on the technology side as other smart watches, MK watches stand out from the crowd with its design, great for those who don’t mind a bit of bling. As a result, it doesn’t have the largest range, but does offer the Gen 5 Access range, which includes a number of colours and designs for you to choose from. Additionally, the Gen 5 smartwatch also includes features such as a Voice-Activated Google Assistant, heart rate and fitness tracking capabilities, a swimproof design and payment technology, with Michael Kors smartwatches compatible with both iOS and Android phones.

Offering a few varieties, Armani is again for the fashion lover rather than the tech lover, with the company banking on the image and design of its product rather than the technological capabilities. Compatible with both IOS and Android operating systems and phones, Armani smart watches boast multiple customisable faces and a few options for bands, with the range including Smartwatch 3 and Hybrid models. The Smartwatch 3 features Wear OS by Google, along with a Qualcomm processor to keep up with your day-to-day business, in addition to traditional smartwatch features such as GPS, Bluetooth connectivity, heart rate tracking and waterproofing for equal parts work and play.

Is a smart watch the best fit for me?

Realistically the smart watch is a handy bit of technology, allowing users to go anywhere without their phone (something we’re not used to) and stay up to date with our day-to-day lives. But despite it being useful in some areas, it may not be a necessary purchase for everyone, so you’ll have to think about whether or not the smart watch fits into your lifestyle, or if a fitness tracker or heart rate monitor may be a better purchase.

As with any big electronics purchase, it’s best to do your research, as products and brands all have different advantages and disadvantages. The added area to be aware of is that the smart watch is as much about the looks as it is about the technology, so for the fashion-savvy, it does add another complexity to the decision making process. However, if you’re after something that does more than tell you the time, then a smart watch may just be your new best friend.