A guide to Ford cars in Australia

Ford is arguably the most well-known brand in the motoring world, but how well do you know its cars? After a century of perfecting personal vehicles, Ford today has a massive range of cars, SUVs and utes on offer in Australia. In this review, Canstar Blue walks you through the whole range of Ford vehicles that are available in Australia, discussing features, price, and whether or not it’s the right choice for you. 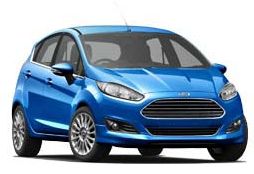 There are four models of Ford Fiesta – Ambiente, Trend, Sport and ST. The Ambiente and Trend models are pretty similar with only a few different features between them. The Ford Fiesta Sport takes things up to the next level, boasting an award-winning efficient EcoBoost engine, as well as a slew of standard and optional smart features.

Top of the Ford Fiesta line, however, is the ST, which introduces even more great features, as well as a considerably more powerful 6-speed 1.6L engine. We’ve listed a few more key points about the Ford Fiesta range in the table below, though keep in mind that this list really only scratches the surface of what these vehicles have to offer.

Ford Fiesta vehicles are quite affordable, with even the most expensive of the line, the Ford Fiesta ST only costing a modest $24k. The cheapest in the range is the Ambiente, costing $14,000 to $16,000, while the Trend and Sport are a touch more expensive, about $17k and $20k respectively.

There are in total five models of Ford Focus, with some being offered as either hatch or sedan. So whether you’re looking for a family car or something with a bit more grunt, there’s probably a Ford Focus for you.

The Focus range includes the Trend, Sport, Titanium, ST and RS. While they’re all part of the same range, some of these vehicles are poles apart in their differences. For example, as you will soon see, the Ford Focus Trend is a fairly standard vehicle, while the Ford Focus RS has twice the engine power and more features than what you might think possible. 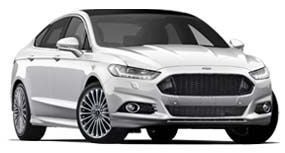 The Ford Mondeo has the look of a luxury car without the price tag. It comes as either a hatch or wagon and includes a whole host of features to complement its sleek design. Once again there are a few different models in the Mondeo range – the Ambient, Trend and Titanium. 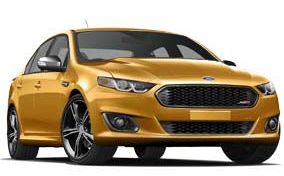 If Power is important to you, then it’s hard to look past Ford’s famous Falcon range. There are three standard models of ford falcon. The first is simply called the ‘Falcon’, while the other two are the Falcon G-Series and Falcon XR. Here is a brief rundown of what these offer.

There is also a limited edition Ford Falcon called the XR Sprint. This is a collector’s luxury vehicle and there are only a few hundred being offered in Australia. Further information on price and features is fairly limited online, so contact your Ford dealer if you’re interested in the Ford Focus XR Sprint.

Ford Falcon prices start of relatively inexpensive, with the standard model costing about $30,000, while the G-Series vehicles will set you back a reasonable amount more ($38,000). The Falcon XR (excluding Sprint) is the most expensive, usually costing between $45,000 and $50,000. 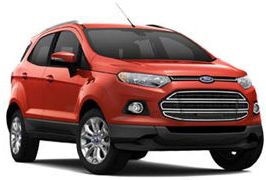 This is Ford’s smallest SUV, making it a great choice for those in the market for an urban vehicle. While these cars are admittedly not as beefed up as other Ford vehicles in terms of features, the EcoSport easily makes for it with its emphasis on safety, fuel efficiency and city-driving practicality. The four models of Ford EcoSport are the Ambiente, Trend, Titanium and Shadow.

As far as new SUVs go, the Ecosport seems fairly affordable. The most basic of the Ecosport range, the Ambiente, goes for about $24,000 while the Ecosport Shadow prices a bit higher at about $28,000. The Ford Ecosport Trend and Titanium vehicles are the most expensive in this range, with the Trend costing about $32,000, and the Titanium anywhere between $36,000 and $38,000. 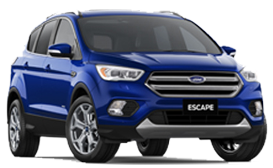 Despite what the name might suggest, the Ford Escape isn’t much off an off-roader. Rather, this mid-size SUV is built for urban driving, with its stylish design and suite of intelligent features. Whether you’re looking for a comfortable family car, or you just want to look good driving around town, the Ford Escape is certainly a safe bet. 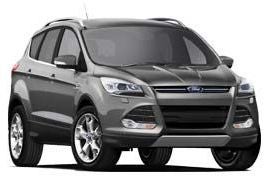 Marketed as kid-ready, this mid-size SUV has a spacious design, a plethora of cutting-edge features, smart AWD, as well as the choice of a powerful 2L diesel engine or Ford’s efficient EcoBoost petrol engine. The standard features vary across the Ambiente, Trend and Titanium Ford Kuga models. 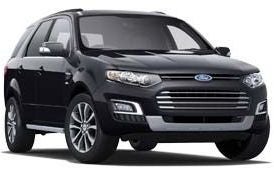 The Ford Territory combines the features and safety of a family car, with the power and capability of an off-roader. Ford has named its territory models differently to most of its other vehicles: The TX, TS and Titanium.

The Ford Territory caters to all kinds of needs. It is offered as either rear-wheel or all-wheel drive, and customers are given the option of five or seven seats for the TS and Titanium vehicles.

The price of a Ford Territory vehicle starts with its TX model for about $41,000. The TS costs marginally more, about $44,000. The Ford Territory Titanium is once again the most expensive of the range, with an expected cost of between $48,000 and $50,000. 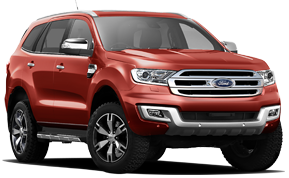 Ford labels this car as its most capable SUV, suitable for handling almost any terrain thrown its way. It backs this up with a powerful 3.2L TDCi Duraotorq Diesel engine, 3 tonne towing capacity, and four-wheel drive handling. Of course, Ford is never one to cut corners in terms of style and features. The three models (Ambiente, Trend & Titanium) boast a myriad of features for a safer and more enjoyable driving experience. 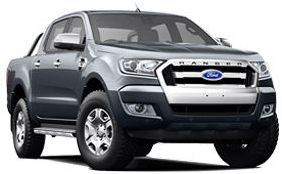 The Ford Ranger isn’t just a ute, it’s a powerful workhorse. It has a 147kW diesel engine in addition to a very impressive braked towing capacity of 3.5 tonnes. But it’s not all work and no play, as the Ford Ranger comes with adjustable 4WD, hill descent control and e-rear differential control to help you get almost anywhere.

There are nine different models of Ford Ranger – two single cab, two super cab, and five double cab. While we’re not going to list each model’s full suite of features, here is a list of some of the most common and appealing:

Like with any ute, the price you pay will depend on the model, cab size, transmission, drive type and any added optional features. The cheapest single cab vehicles in the Ford Ranger line-up will set you back about $28,000 to $30,000. The double cabs are generally the most expensive and can cost up to about $60,000.