The Great Ocean Road is Australia’s ultimate road trip – breathtaking views, famous beaches, lush rainforests, cuddly koalas, seaside towns, and of course, The Twelve Apostles. Located in Victoria, the Great Ocean is a permanent memorial to those who lost their lives fighting in World War 1, stretching some 243kms between Torquay in the east and Warrnambool in the west, and features some fantastic sights scattered in between.

With so much to do, we know it can get a little overwhelming. Luckily, we’ve done the hard yards for you – and narrowed down 10 stops along the Great Ocean Road, in order, you simply can’t afford to miss. It’s been named one of the best road trips in Australia, so relax, take your time and enjoy all of these stops along the way.

Best places to visit on the Great Ocean Road

Starting at the Torquay end, here are the best spots to check out along the Great Ocean Road: 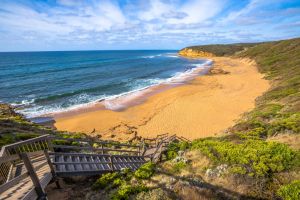 Start your road trip with the iconic Bells beach. The beach is beautiful on its own, however if you’re a surfing fanatic, it’s a must on your trip. Located right next to Torquay – one of the surfing capital cities of the world – the beach has some of the best waves for surfing in the country. It’s home to the longest running Rip Curl Pro surf competition on the World Tour, which you can check out if you’re around between April 17-24. Not to mention, you can also take the opportunity to re-enact the famous Point Break scene between Johnny Utah and Bodhi. Surf’s up. 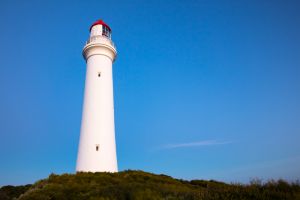 Next up on the itinerary is the Split Point Lighthouse, located in the small coastal town of Aireys Inlet. It’s a must-see attraction for tourists, especially those who are fans of the Aussie classic ‘Round the Twist’. If that’s not for you, it’s still worth the visit for the maritime history tours, with a 360-degree view of the Shipwreck coastline, and you may even catch a glimpse of a whale or dolphin!

Just a short drive from Aireys Inlet is the seaside town Lorne, popular for not only its beaches and scenery, but its community and arts culture. The town is small but is full of boutique shops, cellars, restaurants and galleries. It also plays host to the Lorne Sculpture Biennale, an outdoor art festival where sculptures are exhibited along the foreshore, and the Falls Music and Arts Festival over New Years Eve. 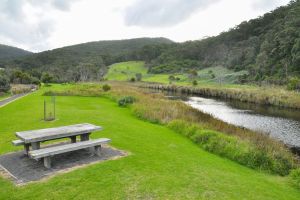 Eager to see a koala, but still haven’t? Kennett River is your next must-stop destination along the coast after Lorne, located halfway between the former and Apollo Bay. The small coastal town plays host to multiple large koala colonies, and you’ve got a good chance of spotting more than one or two! The best way to see them is to park near the Kafe Koala, and take a leisurely stroll along the Great River Road. Hot tip: pick up some birdseed from the Kafe to enjoy a close encounter with some King Parrots, who will happily eat straight from the palm of your hand. 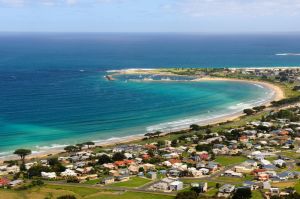 Ahh…you’ve made it over half way down the Great Ocean Road! To reward yourself for all your driving (or maybe someone else’s driving), a stop at Apollo Bay should be on the cards. The seafood village is a great place to kick back and relax and enjoy a luxurious seafood dinner. If you’ve made it this far by car but are ready for a challenge, Apollo Bay is also base camp to The Great Ocean Walk, a one-way 100km long distance walk to the Twelve Apostles from the Bay. 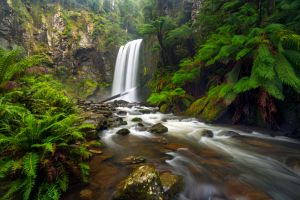 If you feel like stretching your legs, this is the perfect place. The Otway Ranges stretch up and down the majority of the Great Ocean Road – covering 103,000 hectares of rugged coastland, mountains and waterfalls – however the National Park base is located just a mere 15 minutes from Apollo Bay. Go for hikes on the forest floor, or if you’re feeling crazy, suspended 30 metres above the ground on the Otway Fly Treetop Walk, ziplining from tower to tower. The national park is also home to a heap of Aussie wildlife such as koalas, kangaroos, wallabies, platypus, birds and even seals and penguins. 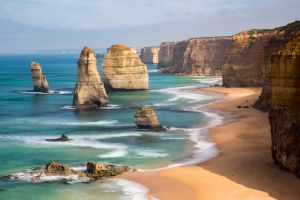 Congratulations, you’ve finally reached the Twelve Apostles! Located in Port Campbell National Park, nicknamed Shipwreck Coast for the carved formations, these are the headline act of the Great Ocean Road journey. Road trips are about the journey and not the destination – but this destination is pretty spectacular. A great way to capture the beauty of the twelve (okay, seven) apostles is a helicopter ride, which may be a pit pricey but will be well worth your money for an unforgettable view. 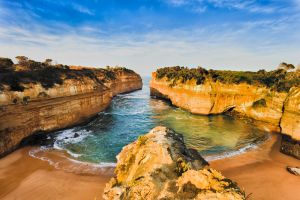 The Loch Ard Gorge is one of the most popular stop-off points along the Great Ocean Road – made even more popular for its convenience, just a mere five or so minutes from The Twelve Apostles and still in Port Campbell National Park. Similar to Thailand’s Maya Bay (made famous by Leonardo DiCaprio’s The Beach), the views on Loch Ard George will take your breath away (and if you’re lucky and it’s warm enough for a swim, it will be one of the best of your life). 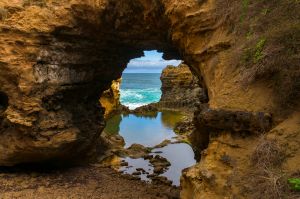 Every keen Great Ocean Road traveller knows about the big three on Shipwreck Coast – the Twelve Apostles, Loch Ard Gorge and the London Arch (formally London Bridge). However, one that is often forgotten and overlooked is The Grotto, a rock formation/cave/blowhole located just a five-minute drive past the London Arch. For the best viewing of The Grotto, take the decked staircase that leads down from the viewing platform up top. Here you’ll be able to see the horizon through the formation, and the view is amazing. 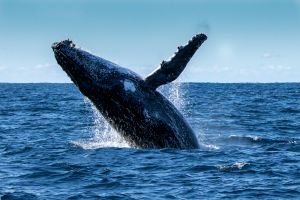 You’re at the finish line! For your final stop, it’s worth making the five-minute drive from Warrnambool to Logan’s Beach, particularly if you’re travelling between June and September. Every year between this time, female Southern Right whales arrive in Logan’s Beach to calve – and often come in pods of hundreds. There is a specially constructed viewing platform in the sand dunes that has been set up specifically to spot whales throughout this time. 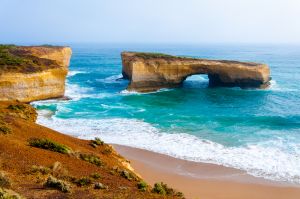 Narrowing down 10 stops along the magnificent Great Ocean Road was a difficult feat, so we thought we’d throw in some of our honourable mentions that almost made the cut. If you’ve got the time, try and make it to these, all of which are located along Shipwreck Coast and ending right before Logan’s Beach. In order:

How many days does the Great Ocean Road take?

Three days is an ideal amount of time recommended to leisurely complete the whole Great Ocean Road. Technically, you can do the drive from start to finish in about nine hours without stopping – but where’s the fun in that! Take some extra days to enjoy the sights at a slower pace.

How long is the Great Ocean Road?

The Great Ocean Road is over 240km in length, but will be a bit more of a trek if you add in all the extra stops we talked about above!

Is the Great Ocean Road worth it?

With plenty of world-famous sites and spectacular beaches along the way, the Great Ocean Road drive is well worth racking up the kilometers for, whether you’re travelling solo, with friends, or if you’ve got the kids along. Regardless of who you’re travelling with, there’s something for everybody, with the Great Ocean Road arguably at the top of your to-do list of road trips around Australia.