Advertisement
We’ve all heard something vague about how buying the most energy efficient appliances will help to protect the environment and our back pockets. But what do energy star ratings mean? And is an appliance with a higher energy star rating really going to save you money in the long-run?

As the cost of electricity seemingly rises higher and higher, the energy efficiency of your appliances remains one of the biggest factors in determining the size of your monthly bill. Having one inefficient appliance may not seem like a big deal, but what happens when you have a household full of them?  Appliance energy star ratings exist to help you choose the most efficient products on the market, but what do they all mean, and should you be paying closer attention to them? Find out everything you need to know about energy star ratings with this Canstar Blue guide.

What are the energy star ratings? 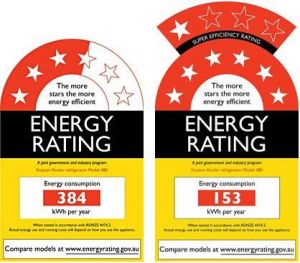 Energy star ratings are a Federal Government initiative designed to help consumers ascertain an appliance’s energy efficiency by displaying an energy rating on a six or 10-star scale, as well as the appliance’s annual energy consumption. First introduced in 1986, the energy star ratings are now mandatory for a number of household appliances, including dishwashers, washing machines, fridges and TVs.

Is a six-star energy rating the best?

How are energy star ratings calculated?

The energy star ratings are determined by the size of the product and its energy consumption levels, with products compared to similarly-sized alternatives. This information is then run through algorithms and standards set down by the Australian Greenhouse and Energy Minimum Standard Regulator (GEMS), which was established in 2012 to create nationwide standards.

Do energy efficient appliances save you money?

An appliance with a high energy star rating indicates that it does its job efficiently, meaning that it can generally run at a cheaper price than an appliance with a lower efficiency rating. But whether that means that it will save you money isn’t as clear cut, as more than just the running cost goes into the bottom line.

Efficient appliances may save you money over the long run through cheaper electricity bills, but generally come with a higher initial cost, meaning it’s generally a trade-off as to whether you want to save money upfront by purchasing a less-efficient appliance, or save money in the long-run with a more efficient product. Take the below example from the Energy Rating Government website, which compares two 420L fridges:

Although Model 1 may save you $78 in terms of initial purchase cost, over a year it will cost you around $37.50 more in running costs. If you go with Model 2, you will have made your money back after three years, and assuming that your fridge lasts for the average lifespan of 14 years, you stand to save over $400 in terms of running costs and electricity bills over that period.

Keep in mind this is a rough estimate, and the efficiency of every appliance will vary, as will the price each individual pays for power. However, it does demonstrate that there are savings to be had by purchasing more energy efficient appliances.

Should I pay attention to energy star rating labels? 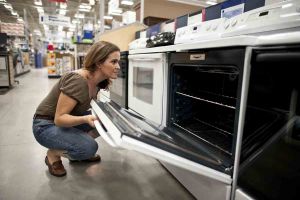 If you’re in the market for a new appliance, there’s always plenty to consider, from the range of features, physical size and even the colour scheme. But while some of us may focus on the price tag, it’s important to factor in the running costs to see if you’re getting the best deal possible, as while a cheaper appliance may initially seem like the better option, it could be costing you down the line.

As a result, looking at the information listed on the energy star rating label (provided the appliance is required to have one) can help you make a more informed decision as to the total cost of the appliance, and what you can expect from your energy bills as time goes on.