As the spotlight continues to shine on the benefits of renewable energy, so too does the different types of renewables on offer. While bioenergy is by no means a new source of power, it is by far the slowest coming in its development, leaving many of us unsure of how it works, how much it costs and its environmental benefits. With green energy a major talking point of late, it’s important for consumers to understand where the electricity powering their homes comes from. With this in mind, Canstar Blue has put together a guide, sharing everything you need to know about bioenergy in Australia.

What is bioenergy and what is it made of?

Bioenergy is a form of renewable energy used mainly for electricity generation. Bioenergy is made up of organic, agricultural, forestry and general waste materials such as sugar cane and landfill matter which is burned to produce heat, electricity, biogas and liquid fuel sources. The organic matter used for bioenergy is often referred to as ‘biomass’.

Is there a difference between biomass and bioenergy?

There isn’t really a difference between biomass and bioenergy as such, but rather a working relationship between the two. Bioenergy is a form of renewable energy that can only be generated with the help of biomass. Biomass is created through organic waste and materials which creates a fuel, whether that be solid, liquid or gas, that can then be burned to produce bioenergy. 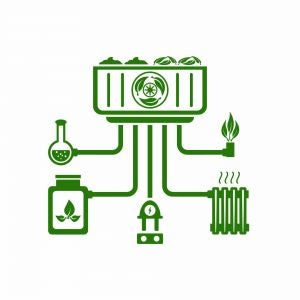 How is bioenergy produced?

Bioenergy is produced through the process of burning biomass. This can be achieved through a range of different technologies, depending on the type of biomass being used, scale or size of the product, and the form of energy hoping to be produced. Some of these technologies include combustion, pyrolysis, gasification, fermentation, transesterification, anaerobic digestion and biorefining.

In addition to creating an energy source, bioenergy production can also create additional by-products to be used in things like biomass-based concrete and renewable bitumen.

What is bioenergy used for?

Bioenergy is most commonly used for electricity generation, but it can also be used for a variety of other tasks too. Through burning or converting biomass into a gas or liquid, bioenergy can be used to generate electricity and heat, just as fossil fuels and other renewable energy sources can. In its liquid form, biomass can also be used as a ‘biofuel’ on aeroplanes and vehicles to help lower carbon offsets. ‘Bioproducts’ like plastics, lubricants and industrial chemicals can also be produced through the use of biomass.

Bioenergy use in Australia 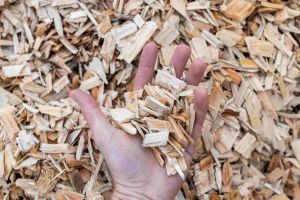 Wood waste typically consists of bits of bark, sawdust, straw and any other leftover wood surfaces and residues that would have otherwise ended up in landfill. Wood waste is considered to be the most abundant and cost-effective biomass material.

Black liquor is a by-product that is created during paper manufacturing. When paper is manufactured during the Kraft process – converting wood into wood pulp and then into paper – a substance is released known as black liquor. This substance contains organic matter that, when passed through resistant boilers, can be converted into liquid biofuel to be used for bioenergy.

Biogas is created from the gases released from landfill sites and sewerage plants. It is mainly comprised of methane and gathers most of its mass from food scraps and animal remains. Biogas is typically used as a fuel source for vehicles, most commonly sort in the form of ethanol and biodiesel.

Unlike other biomasses which use the leftover or by-products of existing organic, energy crops are grown solely for energy production purposes.  Energy crops are typically low-maintenance, cost-efficient plants like algae and grass, which can be easily harvested and then refined into different energy types, from liquid to fuel to solid pellets.

Similar to energy crops, commercial crop residues are the leftover or remaining organic materials found in fields and paddocks after the crop has been harvested. These residues can include things like stalks, stems, seeds, sugarcane, molasses, roots and leaves. Commercial crop residues are very popular in Australia’s bioenergy generation cycle, with sugarcane waste as the most common form of biomass in the country.

Municipal solid waste is probably the biomass Aussies are most familiar with in daily life. This biomass is formed through residential and commercial waste such as yard trimmings, paper, plastic, rubber, cardboard, leather and textiles. This solid waste is usually burned to release energy which then generates heat and electricity.

There are quite a few advantages to using bioenergy as an energy source, particularly in relation to its environmental impact. These are: 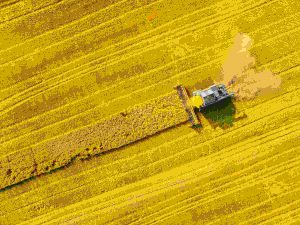 Despite its environmental pros, there are still some financial disadvantages to using bioenergy as an energy source. These include:

What is the future for bioenergy?

Though by no means a new form of energy generation, bioenergy still appears to be establishing itself as a reliable and consistent energy source in Australia. Despite its environmental positives, the additional costs and labour involved in producing biomass are proving to make it difficult for a full transition to bioenergy, particularly when other renewable sources, such as solar and wind, are a stronger, cheaper and more viable option.

As a means to repurpose and manage waste disposal, bioenergy stands as an excellent, additional clean energy source in Australia. But, if trying to establish as a consistent energy source, with dedicated agricultural resources enabling it, then it may be several years yet before Australia sees any further progress.