Parents with teenagers fork out nearly $100 more at Christmas than those with younger children, according to new Canstar Blue research.

This means that an average Australian household with two kids could be forking out as much as $672 on presents at Christmas this year.

“Our research reveals that the majority of Aussie parents (60%) try to play fair by spending an even amount per child,” she says.

“But more than half of the parents we surveyed (54%) found they spend more on their children as they get older, while one in five (22%) feel obliged to buy the year’s ‘must-have’ toys for their youngsters, which can put a dent in the festive budget.” 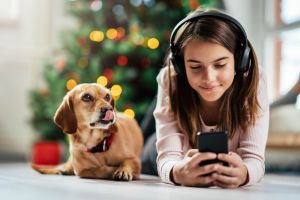 Who spends the most at Christmas?

Our survey revealed Victorians stump up the most on their children at Christmas, compared to mums and dads in Queensland and New South Wales. Parents of teenage children (13-18) in Victoria spend a whopping $399 on average per child during the silly season. Those with children of primary school-age (5-12) spend to the tune of $310 per child.

Parents in NSW were the second-biggest spenders with an average spend of $304 per teenage child, and $297 on average per child for kids under five years old. Those with kids aged between five and 12 years old spend an average of $286 per child at Christmas. 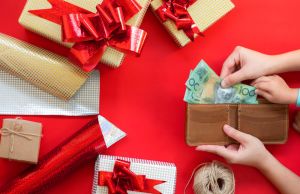 It’s no surprise that some Aussie households feel the pinch come Christmas time, with only one in four (25%) setting themselves a budget and sticking to it, according to our survey.

In fact, nearly a third of Aussies (29%) admit to sparing no expense when it comes to buying the gifts their children want, while 18% have overpaid or gone to great lengths to buy the year’s ‘must-have’ toy or item for their children.

“Some parents also feel the pressure to spend big at Christmas because they worry their children will receive fewer or less-expensive gifts than their friends or other family members,” Ms Birot says.

When it comes to gifting others, only a fifth of Aussies (20%) buy presents for their extended family members, such as parents-in-law and cousins. But just 5% don’t exchange gifts on Christmas Day and wait to buy them in post-Christmas sales. 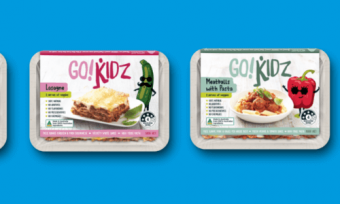