Woolworths has announced major changes to its trading hours across all stores, including reduced operating hours of its deli, seafood, and meat counters.

The supermarket giant said its stores’ opening and closing hours will be adjusted to make them more consistent across the retailer network. This means selected stores will open an hour later or close an hour earlier to align with stores in other states and territories. 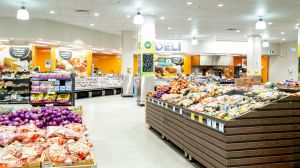 From August 1, Woolworths will also reduce the trading hours of its fresh service counters. The change will see the supermarket’s deli departments close at either 7pm or 8pm, regardless of the store’s trading hours. The supermarket confirmed hot roast chickens will still be available while stores are open.

News of the changes has attracted mixed reviews online. Some shoppers argue fresh service counters should available all day until stores close. Others said it makes no sense to keep deli counters open late given how long it takes to clean and considering limited sales in the last hour.

A Woolworths spokesperson said: “We’ve made a change to the trading hours of our fresh service counters nationwide, due to a shift in customer shopping behaviour. This includes our meat, seafood, and deli counters.”

“We’ve also moved to standardise our overall operating hours so we can offer a consistent customer experience across our store network.

“Select stores across the country will open one hour later or close one hour earlier to align with other stores and better match customer shopping patterns.”

The supermarket said it will closely monitor customer and team member feedback over the next few months to assess the impact of the changes.