Woolworths is releasing limited-edition $2 and $1 coins featuring Commonwealth Games designs and themes, ahead of the international multi-sport event starting next week.

From Wednesday, 20 July − three exclusive $2 coins will be available to collect with any purchase from Woolworths supermarkets (no minimum spend required), with a new coin design released each week. Customers can redeem a $2 coin if available at checkout tills with a receipt and if change is required. Four additional $1 coins will also be up for grabs in coin collectors’ albums exclusively available in stores for $15. 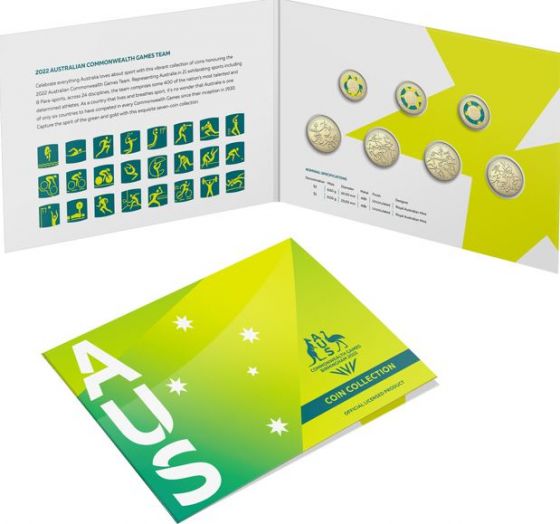 The $2 coins are minted with the letters A, U, and S, with six million of them available for customers to collect nationwide. The $1 coins feature designs representing the various sports Australia will compete in at the Commonwealth Games 2022 in Birmingham (available only in coin collectors’ albums).

Woolworths Chief Marketing Officer, Andrew Hicks, said: “As The Fresh Food People, we’re proud to celebrate the upcoming 2022 Commonwealth Games and all the Australian athletes competing. We have a long history of recognising Australia’s rich sporting culture with our customers, and these coins are another great way for them to show their support as the teams go for gold in Birmingham.”

This is in addition to the supermarket’s current ‘Fix-ems’ collectables campaign.

The release of the Birmingham 2022 Commonwealth Games coins follows previous coin collections between Woolworths and the Royal Australian Mint, including The Wiggles, 2020 Tokyo Olympics, and Paralympics.

The Birmingham 2022 Commonwealth Games kick off from Thursday, 28 July, until Monday, 8 August 2022.