Traditional home phone packages bundled with a broadband plan are becoming a thing of the past. After all, who uses their landline telephone anymore? We suspect a lot of young people forego the handset for their mobile phones, as mobile phone plans these days can be dirt cheap with unlimited calls. However, there is still merit in having a home phone, but the way a phone call is delivered these days can be vastly different. Enter the realm of Voice over Internet Protocol – or VoIP for short.

How Does VoIP Work?

VoIP simply works by converting analogue voice calls into little packets of data. VoIP basically means you’re using the internet to make phone calls, and your voice is transformed into little packets of data that are then deciphered on the other end. This is similar to using a multitude of other things over the internet – email, instant messages etc.

With Voiceover IP, you can still call a landline or mobile phone, but you’ll be using your internet connection to do so, rather than a phone line connection. This can represent a solid alternative and can work out to be fairly cost effective.

VoIP has emerged as a popular alternative to a copper home phone line amid the rollout of high-speed fixed line broadband, Wi-Fi and mobile 4G, along with the rapid adoption of the smartphone. High speed internet access is virtually wherever we go and has enabled a whole new communications boom.

We’ve established that VoIP has a strong foothold in the future of home phone calling in Australia, but how much data does it actually use, and will it limit internet speeds in any way?

How Much Data Does VoIP Use?

Perhaps the best thing about VoIP is that, unlike many other things used over the internet, it does not require a lot of data or particularly fast internet speeds.

The communications landscape is fundamentally changing, with VoIP services allowing Australians to communicate both at home and on the move. Evidently, the humble fixed landline has been politely told to vacate the premises. So with VoIP appearing to be a solid alternative, what services are out there, and what can you expect to pay?

A range of ISPs currently provide VoIP plans as an alternative to fixed line telephone plans, with consumers able to use their regular home phone to access these services. Generally speaking, VoIP services frequently come as an option with a naked DSL plan, while traditional DSL providers prefer the bundling of a traditional home phone line. There are exceptions of course. The following is a selection of some of the top ISPs offering VoIP plans.

MyRepublic already offers NBN plans on NBN 25, NBN 50 and NBN 100 speeds and also offers VoIP plans from a little extra per month. MyRepublic add ons start at $10 per month for Australian landlines and mobiles, and go up to $20 per month for international inclusions. Calls can be PAYG for $0 per month. These voice packs can be added to any plan.

MyRepublic is still a relative unknown compared to the bigger telcos but offers some cheap naked DSL & NBN plans with cheap VoIP call packs thrown in if you so choose.

The below table features a selection of published MyRepublic NBN plans from Canstar Blue’s database, listed in order of cost from lowest to highest. Use our comparison tool to see plans from a wider range of providers. These are products with links to a referral partner.

iiNet offers its Netphone VoIP service with its residential NBN, VDSL2, cable and naked DSL plans, and it’s priced at $9.95 per month.

Netphone works by plugging a standard phone into a VoIP-enabled broadband modem, or for those without a VoIP modem via a VoIP adaptor, ATA, device. Below are some iiNet plans you can expect to see bundled with a Netphone.

The below table features a selection of published iiNet NBN plans from Canstar Blue’s database, listed in order of cost from lowest to highest. Use our comparison tool to see plans from a wider range of providers. These are products with links to a referral partner.

Internode is a subsidiary of iiNet and perhaps unsurprisingly has several broadband plans with the ability to add a VoIP service. Internode’s VoIP service is called the ‘Nodephone’ and Internode packages this service with many NBN plans.

Internode may be a subsidiary of iiNet but what it offers is quite different. 250GB data can be had from under $60 a month, remembering that a NodePhone with credit can be bundled from an extra $5. Internode does not seem to offer any ‘packs’, rather relying on relatively cheap call rates to see customers through.

The below table features a selection of published Internode NBN plans from Canstar Blue’s database, listed in order of cost from lowest to highest. Use our comparison tool to see plans from a wider range of providers. These are products with links to a referral partner.

Exetel offers its own VoIP service, ExeFone, with all of its broadband plans. Under ExeFone plans, Exetel to Exetel calls are free, and if bundling a broadband service, the Exefone service is about $10 a month extra. For this customers get local, national, mobile and international calls to 10 countries included.

Exetel already offers some cheap NBN and ADSL plans, with unlimited data plans across both NBN and ADSL offerings. NBN plans are offered on no lock-in contracts at the NBN 50 and NBN 100 speeds, with prices starting at $69.99 and going up to $89.99.

The below table features a selection of published Exetel NBN plans from Canstar Blue’s database, listed in order of cost from lowest to highest. Use our comparison tool to see plans from a wider range of providers.

iPrimus’ range includes a number of Lingo VoIP plans, which can be purchased separately from its broadband plans, and can be used in conjunction with a plan from another provider. These plans comprise its:

International calls are priced from 3 cents per minute for the Starter, National and Australia plans, while the 50 Countries plan has unlimited calls to standard fixed numbers to 50 countries.

Customers will receive a Lingo ATA Box with their service, costing $99 with no contract, $59 with a six-month contact, and provided for free with a 12 or 24-month contract. It should be noted that many of iPrimus’ ADSL2+ plans still rely on the included landline telephone bundle, while its NBN plans are a little more forward-thinking.

The below table features a selection of published iPrimus NBN plans from Canstar Blue’s database, listed in order of cost from lowest to highest. Use our comparison tool to see plans from a wider range of providers.

Where can I get free VoIP?

A range of free (and a combination of both paid and free) VoIP services have emerged amid the high-speed broadband and mobile connectivity boom and are now well-established in the market. Referred to as over-the-top (OTT) services – being delivered over the user’s network service, but not directly from their ISP – these services encompass a combination of functions in addition to voice calling, including video calling, along with text and picture messaging. Among some of the bigger and better known services are:

All you need with these services is a data or internet connection, and away you go. These apps are available via both desktop and mobile devices, across the Windows, Android and iOS platforms. Such services typically allow users to communicate with each other for free within the application, yet cannot be used to contact mobile and fixed line numbers, and in this regard are limited when compared to the paid VoIP services on offer from ISPs.

However, it should be noted that some free services also offer paid functionality, charging users to make calls to mobile or fixed line numbers and operating in a similar manner to paid VoIP services. Indeed, in the case of Messenger, you have the choice to put all your mobile phone contacts into the app and text from the app. It uses data, and not your text credit. This is done by sending text as MMS, instead of SMS. However, text MMS likely does not use much data.

It should also be noted that while these services are free, users will need to pay for the broadband used to deliver them. While many of these texting functions do not use much data, the fact is they employ a lot of multimedia tools that can eat up data. So, keep track of how much data you are using!

These free VoIP services do have their limitations, so it can be worthwhile looking into paid services as well to get the most immersive VoIP experience.

For people in the market for a paid VoIP plan, keep in mind that these services often come with a broadband plan. It may well be worthwhile consolidating your broadband and VoIP needs as one. While you may not be able to rely exclusively on free services, you should certainly explore your options and tailor any paid VoIP plan accordingly. The free VoIP services mentioned earlier seem to work best as an option when you’re out and about, while the paid VoIP services through broadband providers work best at home as a replacement to your home phone.

Certainly, a paid VoIP plan provides further flexibility when used in conjunction with other services, and amid a variety of options, it may well be a case of mixing and matching your various free and paid services. Whatever the case, VoIP services are likely the way of the future, and whether you spell ‘phone’ with an ‘f’ or a ‘ph’, there’s likely a VoIP service out there to suit you. 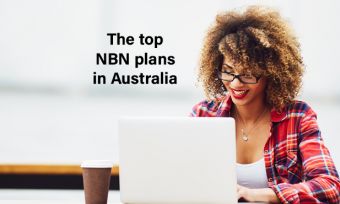