Great news if you’re a Telstra NBN customer: you may be getting a surprise speed boost in the coming weeks.

Telstra has confirmed that it will be rolling out an NBN change that will see eligible customers receive a speed increase of up to 15% on their download line – absolutely free. According to Telstra, recent changes to NBN Co’s speed and network management have allowed the telco to pump up download speeds for all customers with a compatible connection.

“When data is carried across the internet, bandwidth is used to carry that data to its intended destination (known as “overheads”) which reduces the speeds available to you,” said Michelle Garra, Telstra’s Connected Home & Business Executive – Product & Technology. “As part of changes to the way NBN Co manages speeds over its network, more bandwidth (or speed) has been made available to compensate for these overheads by allowing services to run up to 15% faster (excluding Fixed Wireless).”

Essentially, Telstra is passing on faster speeds to all customers on its fixed-line NBN connections at no extra cost. So if you’re on a Telstra fibre or HFC plan, expect your service to run a little smoother soon.

How to get your 15% speed boost

According to Telstra, its own engineers have been working with NBN Co to make the faster speeds available now to 1.6 million Telstra NBN customers. If you’re a consumer or small business customer on a fixed-line Telstra NBN plan, the change will be rolled out to your service within the next 30 days.

The speed upgrade will happen automatically, so customers won’t need to opt in, change their modem settings, or alter their current Telstra plan. While you may not notice a huge difference – particularly if you’re already on a fast NBN 100  or even NBN 50 plan – running regular speed tests on your connection should give you an indication of whether your download speeds have improved.

Telstra’s NBN plans begin at $80 per month for unlimited data at NBN 25 speeds. If you’d like faster speeds, you can upgrade to NBN 50 from $95 per month. All Telstra NBN plans are contract-free and currently include three months of free BINGE, as well as a home phone line and unlimited standard calls.

The following table shows a selection of published Telstra NBN plans on Canstar Blue’s database, listed in order of standard monthly cost, from the lowest to highest. Use our comparison tool to see plans from a range of other providers. This is a selection of products with links to a referral partner.

The news comes after NBN Co confirmed it will be extending its increased network capacity offer through to 19 September, 2020. Introduced back in March as a way to help the broadband network cope with increasing demand due to COVID-19, the offer allowed NBN providers to purchase up to 40% more Connectivity Virtual Circuit (CVC) capacity free of charge.

CVC refers to the charge paid by telcos to NBN Co to access bandwidth for customers. The more CVC a provider purchases, the more room it has on on its service for customers, and the less likely users are to experience congestion and slowed speeds.

With millions of Aussies still relying on the NBN for work, study, and entertainment during the pandemic, NBN Co’s decision to extend additional CVC to providers will help take strain off the network during a continually trying time for families and businesses.

While it’s a welcome move, it may not address ongoing pricing and accessibility concerns raised recently by Australian providers and consumer advocates. Aussie Broadband urged NBN Co to reassess its wholesale prices, predicting that the increased data demands from customers were unlikely to drop once the current COVID-19 lockdowns are eased. 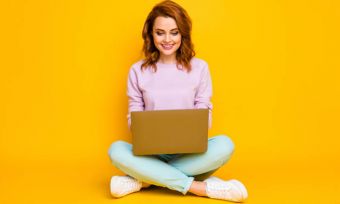 NBN 25 plan: Everything you need to know