The need for WiFi is getting stronger and stronger as the internet becomes more of a necessity in our lives. This is why, especially in large houses, extending the range of your WiFi modem can be especially crucial in getting the most out of your internet capabilities. But when it comes to actually looking at what’s available, where should you start looking, and what should you be looking for? Find out all you need to know about WiFi extenders with this Canstar Blue guide.

What does a WiFi extender do? 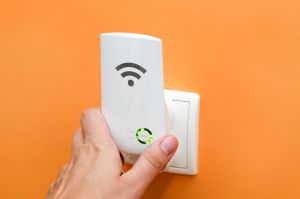 Its name might be difficult to unpack, but WiFi extenders extend the range of your WiFi. They can be a valuable asset for people with large homes, or for people who don’t have a lot of say in where they can put their WiFi modem. While the speed of your internet is capped and therefore won’t be increased by having a WiFi extender in your house or office, the WiFi extender can bring the outskirts of your house to the maximum speed potential.

How do I know if I need a WiFi extender?

If you’re WiFi has felt slow, sluggish, or unresponsive, it may be time to purchase a WiFi extender. But before you do this, first think about why your internet is slow. There can be plenty of factors, including:

After a process of elimination, you can try implementing ways to increase your internet speed, which may negate the need for a WiFi extender. But if you’re still encountering issues at the far end of the house, read on to find out what to consider when it comes to purchasing a WiFi extender.

Looking to bump up your WiFi speeds? It may be worth looking for a new NBN provider or plan. Check out some of the providers and plans available in the table below. The table contains affiliate links.

What do the more expensive extenders offer that the cheaper ones don’t?

There are some high-quality, and commensurately-priced WiFi extenders out there, but what does forking out extra actually get you? The main feature that increases exponentially with price is the WiFi speed capabilities. The more affordable extenders tend to have a capped WiFi capability of a few hundred megabits per second, while the more expensive models have a maximum speed cap of upwards of 5GBps. This is worth considering when making your purchase, as different houses have different speed capabilities and needs.

The WiFi extender market is an incredibly full one, which is a good thing for consumers. With so many factors to consider, below are a number of brands and models for you to investigate, with categories split into different price tiers. 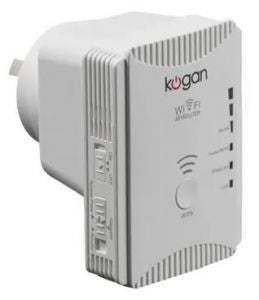 Determining what the best WiFi range extender is will ultimately depend on what your internet needs are, and if the extender or booster is up to the task. If you live in a heavy internet-use household, or simply live in a large house that covers plenty of floor space, going for the more expensive models may be a better option, as they generally come with additional firepower over the more-affordable options. However, if you only need a slight bump in WiFi range to make life easier, one of the more basic or affordable models may be able to get the job done without breaking the bank.

What to consider when purchasing a WiFi range extender

There’s plenty that goes into the decision-making process when it comes to picking up a WiFi extender, but what exactly should you be looking for? Some key areas to consider are:

How to set up a WiFi extender 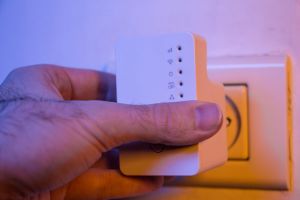 The process for setting up a WiFi extender can differ from model to model, but generally there is a common procedure to follow. First, plug in the extender to a power source, and then connect it to your WiFi network. From here, follow the prompts within the manual, as the following steps will often vary from brand to brand and model to model.

Where can I purchase a WiFi extender?

WiFi extenders are available to purchase directly through the brands themselves, or via third-party electronics retailers such as The Good Guys, JB Hi-Fi, Officeworks and other general retailers such as Amazon.

Is a WiFi range extender worth it?

A WiFi range extender can be incredibly beneficial for your internet browsing, helping to keep you up to speed despite being on the other side of the house to your modem. As working from home is becoming a part of life worldwide, having appropriate internet speeds for you fast-paced needs is an absolute necessity. And with many WiFi extenders reasonably priced, having a faster internet connection in every corner of the house may be well worth any price tag that you come across. However, it’s always best to look into all of your options to ensure your dollar stretches as much as your WiFi range.