Advertisement
You probably don’t pay much attention to your internet router unless it’s acting up, or you’re suddenly not connecting to the Wi-Fi. So why might you not be getting Wi-Fi? Your router’s range or band may be the culprit. Read on to find out how far your wireless router can reach, and what affects its range.

What is the range of my Wi-Fi signal?

Wi-Fi is generally split up into two bands – 2.4Ghz and 5.0Ghz – and it’s the 2.4Ghz band that can be stretched further. 2.4Ghz bands can reach up to about 46m indoors, though we wouldn’t want to experience the slow speeds that far away! 5.0Ghz bands can only achieve about half of this as a theoretical maximum, but the speeds across this shorter distance are likely faster.

At this rate, it’s generally a compromise of either range or speed, but numerous other factors are at play that can hamper your wireless internet experience.

What’s the difference between 2.4Ghz and 5.0Ghz?

The 2.4Ghz Wi-Fi band is generally the more ‘hardy’ of the two, but slower. 5.0Ghz bands are more susceptible to obstructions and appliances, and by the time this reaches the bedroom, signal can be patchy at best and drop outs can occur. But close up, 5.0Ghz can be the way to go to get faster speeds:

Think of the 5.0Ghz as a high-performing Formula 1 car – it needs to have a lot of pampering to go fast. While, yes, the 5.0Ghz band can deliver faster speeds, the 2.4Ghz band is the workhorse and more likely to bust through walls and give signal to farther reaches of the home.

The Best Internet Plans for Gamers

What affects Wi-Fi signal and range?

In realistic scenarios you’re likely to never experience maximum Wi-Fi range, as Wi-Fi signal is heavily dependent on and can be impeded by:

Placing your Wi-Fi router away from walls and obstructions can boost signal, and if possible, placing it where it’s most commonly used – e.g. in the living room – can yield better signal.

What about long range Wi-Fi? 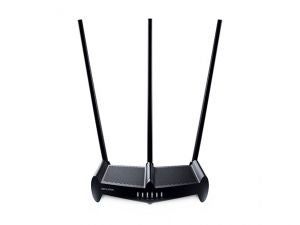 TP Link is a wireless modem brand that offers two ‘high powered’ modems – the TL-WR941HP and the TL-WR841HP. TP Link claims its high-powered modems are capable of covering up to 10,000m² – or one hectare – of range.

However, there is pretty much always a compromise. Even with high-powered modems, speeds can still suffer. The modems mentioned above are not capable of gigabit speeds and their speeds may still suffer further, the further you are away from the modem. However, these routers are generally at the cheaper end of the scale, so they may be worth a go.

How do I extend my Wi-Fi range? 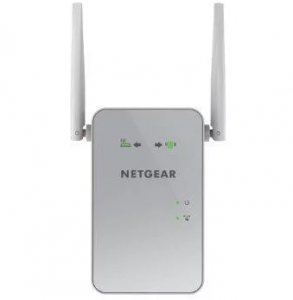 While these two devices certainly can boost Wi-Fi signal, they’re not without their setbacks. No matter what you do to boost your Wi-Fi signal, there tends to be some compromise – be it link speeds, latency or cost. It’s usually a case of ‘pick two’ and suffer the other.

The final word on Wi-Fi range

Wi-Fi’s biggest drawback is its range – less than 20m most of the time – and in order to get faster speeds you usually have to compromise on range even further. The split between 2.4Ghz and 5.0Ghz bands also means you need to prioritise what device needs the faster speeds, and what need the longer range.

Arguably one of the best and most simple solutions is to simply place your Wi-Fi router in an ideal location – away from appliances, walls and closer to where the action is (most likely the bedroom or living room). Wi-Fi range may sound like a nightmare, but following a few simple steps can mean the difference in Netflix buffering or enjoying it in glorious high definition.