The LG Velvet is a welcome stride in the right direction for LG, sitting at a neat mid-luxury price point of just $899. It’s LG’s best attempt in a long time to be taken really seriously as far as phones go. For the most part, the Velvet doesn’t do anything too amazing, although it is 5G capable and packed with a decent processor, nice screen and a capable array of cameras. However, as LG’s new flagship device, it unfortunately doesn’t tout any big features you’d normally expect from the best phone from a brand, although it is worth consideration, writes Zac Kelly.

LG: Still kicking it in the phone industry

LG hasn’t had many big wins over the last three years. In a massively crowded market where numbers and letters are thrashed around without much cohesive meaning, LG called its 2019 phones the “LG V40 ThinQ”, “V50 ThinQ” and “LG G8 ThinQ”, and while these are confusing names, they seemed to resonate with the company’s design philosophy. Confusing phones with weird choices like dual screens and underwhelming performance made up last year’s catalogue, features that welcome hitting a hard reset.

Thankfully, LG has at least tapped that reset button with the LG Velvet. The Velvet doesn’t indulge itself with a groundbreaking shift in approach that’ll make Samsung and Apple users everywhere envious, however its simple naming, much like the naming of the phones before it, is telling of its design. The phone has an easy to use operating system with some specifications that won’t cost you an arm and a leg, and a very nice design to its body. It’s a pretty phone with a different design to its ancestors and competition, with lots to love and not much to hate, although its cameras are slightly lacking. 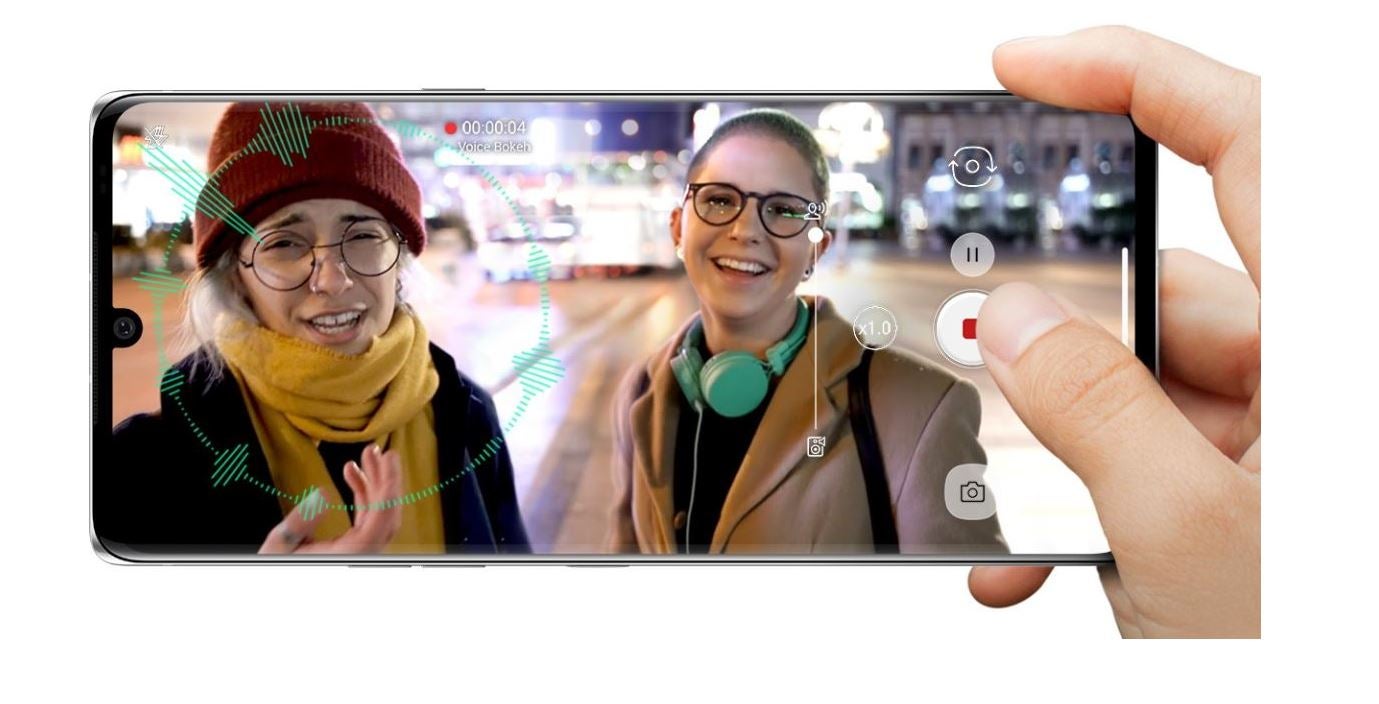 Display and design: Some welcome changes

The phone has a very nice “3D Arc” design, separating itself well from the pack, and is a sharp turn for LG design. The front glass of the phone wraps slightly around to the sides, making it both a stylish piece of kit to look at and an extra worry for me cracking the screen. It’s a nice feeling display to use and is responsive. The screen is a P-OLED touchscreen and 6.8 inches in size, with a resolution of 1080 x 2460 pixels. Things were crystal clear on this phone and it felt great to use for Netflix.

LG has produced some great colours for the Velvet, notably “Aurora Sunset” and “Aurora Red”, however only Aurora White and Aurora Gray are available here in Australia. The camera array on the back is very elegant, a “teardrop” camera layout from LG where the cameras are vertical rather than horizontal, and sit inside of the camera rather than bumping outward. It looks very snazzy. The back of the phone is glass, so be careful when out of a case.

The operating system is slick and has some nice customisation options and phone backgrounds from the get go, but I found a lot that was somewhat annoying about the phone. Having rotation lock enabled and tilting the phone slightly to scroll through Facebook and Twitter and you’ll get a little icon in the bottom left of the phone screen – over whatever button you might want to push or text you want to read. Being on a phone call while doing the same will see the minutes of the call appear in the top left corner of the screen, over the back button of many apps. There’s a lot to the operating system where I was left wondering why LG decided to do this. 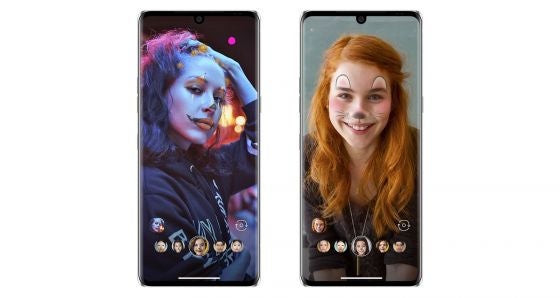 Performance: Satisfied, but not blown away

As LG’s new flagship device, you’d expect the performance to be A grade, and this phone is quite satisfying. Everything felt easy to do and incredibly slick. The phone is packed with a Snapdragon 765G processor and an Adreno 620 GPU, with expandable memory through a microSDXC slot, shared with its SIM slot, which is dual SIM. It features 128GB of storage capacity, and you can pick up a 6GB RAM or 8GB RAM model of this phone.

I found the battery life great and lasting me multiple days without the need for a recharge. It’s a 4300mAh battery and capable of fast charging (25W) and fast wireless charging (9W), using a USB-C to charge. You get a full charge with the charger out of the box in less than two hours.

The phone was more than capable of running multiple processes at any given time with tonnes of apps open. There was never any noticeable lag. When I stress-tested the phone I played Call of Duty: Mobile. The phone runs the game well without any lag, and the screen was responsive in the heat of the moment, looking crystal clear.

The screen was very nice for Netflix streaming and YouTube, and with dual speakers on each side of the phone, it was a bit like having a surround sound system in your pocket. Don’t expect portable speaker quality, but the speakers were very nice. There’s also an AUX port, although I found connecting my bluetooth headphones to the phone to be satisfying.

All up, this phone is a nice luxury phone as far as performance goes, and has a lot to offer. On top of all of this there’s an IP68 rating for water and dust, so it’s fairly durable. 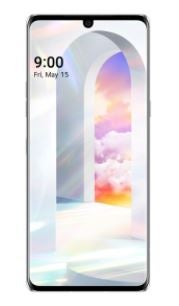 If you’re after a new phone, it might be worth going after a new SIM card too. SIM cards are always getting new inclusions and data allowances, expanding their offerings to match your needs. Below you’ll find some great SIM cards on offer.

The camera: Capable, but not a selling point 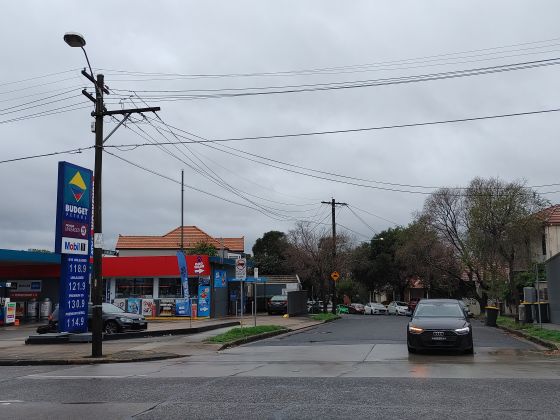 Shot on the LG Velvet

I found the camera of the LG Velvet to be great for all purpose use, but not the be all and end all for creators and photo lovers. The phone has three cameras (48MP wide, 8MP ultrawide, 5MP depth) on the back and one selfie camera (16MP). It offers a decent low-light mode, but nothing terrific, and a portrait mode that holds up, but isn’t amazing. They were able to make colours pop, but low-light areas caused the cameras to suffer. 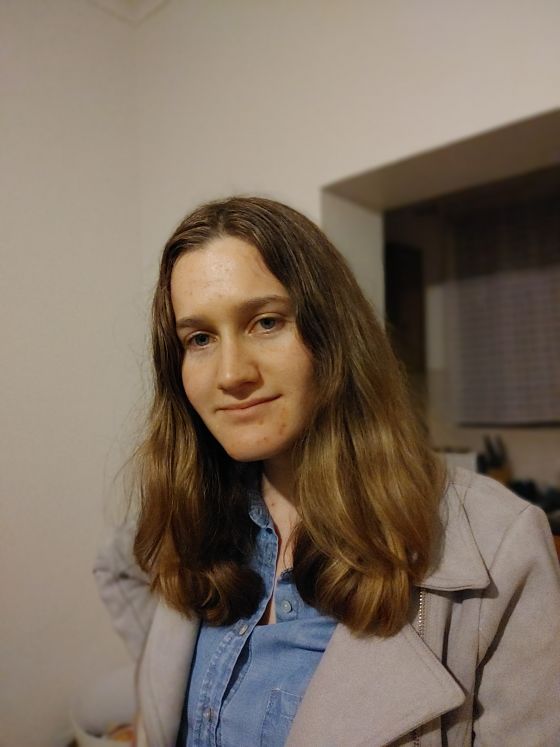 A friend, shot on the LG Velvet

The LG Velvet is the best phone LG has put out in a long time, and there’s a lot to love about it. LG wants creators to buy this phone, hence the very different design, the inclusion of an ASMR mode in the camera app, and how well the phone processes information (very well with multiple apps running and a game of COD: Mobile active). However, for a phone supposedly catering for creators, the cameras are somewhat lacking, and will let anybody in a low-light environment down. It can take nice pictures, but it’s a shame it can’t give us a little bit more at this price point.

There’s a lot to love in this phone, and as either an expensive mid-range phone or a cheap top-range phone, it’s a decent performer, and a welcome addition to the 5G range of phones available in Australia. The LG Velvet is available in Aurora White and Aurora Grey with an RRP of $899, and can be purchased at The Good Guys and at JB Hi-Fi. Carrier plans are yet to be announced.