Motorola’s newest smartphones are official, with the company today announcing three new, affordable devices that will arrive in Aussie stores from this week.

The Moto G8 is Motorola’s newest mid-range device, will arrive in stores from 28 May and on plans from Vodafone in the coming weeks. The G8 is joined by Moto G8 Power Lite, featuring an impressive all-day battery life, and the sub-$200 Moto e6s, both of which will be available in June.

The G8 features a 4,000mAh battery, which Motorola claims can go up to 40 hours on a single charge (but if all-day power is a priority, you may want to opt for the G8 Power Lite below). With 4GB of RAM, 64GB of on-board storage, and expandable memory support of up to 512GB, the G8 also includes a headphone jack and IPX2 protection against moderate water exposure, and runs Android 10 with regular security updates.

The Moto G8 will arrive in stores on 28 May, 2020, with a retail price of $329 and colour options of Neon Blue or Pearl White. JB Hi-Fi, Officeworks, The Good Guys and Mobileciti will all stock the G8, and Motorola has also confirmed it will soon be available on postpaid plans from Vodafone (although the Vodafone version will be single-SIM only, but still feature microSD card  expansion).

We’re currently taking the G8 for a test drive, so look out for our hands-on Moto G8 review soon. 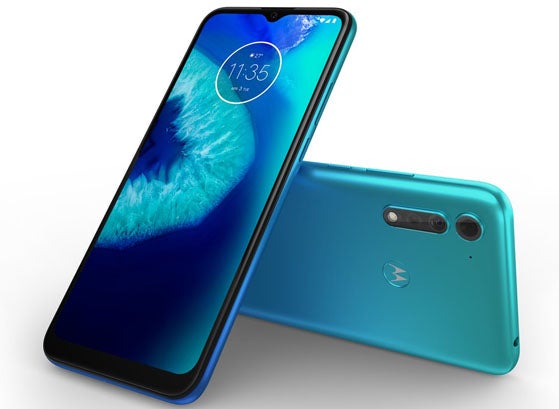 The G8 Power Lite is the go-all-day alternative to the G8, offering a bigger battery and screen but a smaller price tag. Running on Android 9 Pie (with an Android 10 update available soon), the Power Lite features a 6.5-inch Max Vision HD+ display, and is powered by a 2.3GHz octa-core processor for a speedy, lag-free performance.

Motorola is touting the Power Lite’s 5,000mAh battery as a standout feature, and the device is certainly no slouch in that department: that battery can apparently get you more than 48 hours of life on a single charge, powering 100 hours of music streaming or up to 19 hours of video. The G8 Power Lite is also compatible with 10W rapid charging, although unlike the standard G8 it doesn’t come with a rapid charger out-of-the-box.

While the Power Lite’s camera isn’t as impressive as what you’ll find on the G8, you’ll still get a 16-megapixel main lens, plus a 2-megapixel macro lens. In front, there’s a 8-megapixel selfie camera with Face Beauty and Bokeh capability.

Motorola’s G8 Power Lite includes 4GB of RAM, 64GB of memory, and a microSD card slot for an additional 256GB. You’ll be able to pick up the Power Lite in Royal Blue for $279 from Officeworks, The Good Guys, and Mobileciti beginning June 2020. 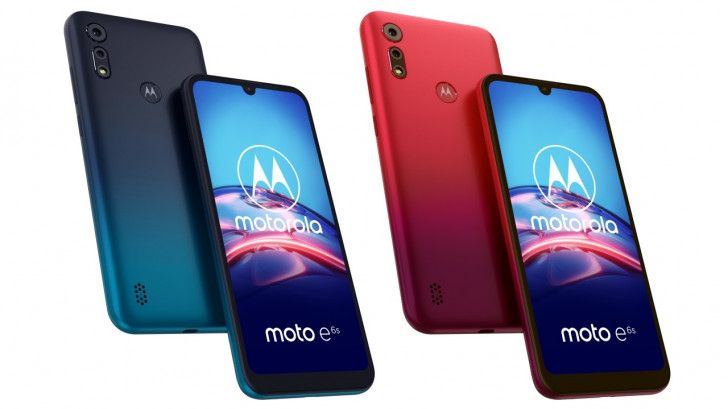 The ultra-affordable Moto e6s features a 6.1-inch Max Vision display, runs Android 9.0 Pie, and is powered by a 2.0Ghz octa-core processor. With a 3,000mAh battery and dual rear cameras (13-megapixel standard and 2-megapixel depth lenses), it’s a great entry-level device, suitable for users who don’t spend on all day on their phones or have heavy-duty performance needs.

Despite the low price, you’ll still get a 5-megapixel front camera with selfie-ready features such as Bokeh and Face Beauty, plus a dual SIM card slot with up to 256GB of expandable memory. Pair that with 2GB of RAM plus 32GB of built-in storage, and the e6s may be worth considering as a first-time phone, or simply a budget-friendly alternative to higher-priced Android devices.

The Moto e6s is available from June at OfficeWorks, The Good Guys, Mobileciti and Big W. Priced at $199, you’ll be able to buy the e6s in Peacock Blue and Sunrise Red.

If you’re working with a bigger budget and looking for a higher-end device, Motorola’s Razr flip phone is currently available to buy from Telstra. Motorola’s 5G-ready Edge and Edge+ phones are also likely to arrive in Australia this year, although dates and availability have yet to be confirmed.

If you’re buying an unlocked Motorola phone, you’ll need to find a great SIM-only plan to use it with. We’ve picked some postpaid SIM-only options from a range of providers below.