Hungry Jack’s has always strived to ramp up the ‘bunfight’ between itself and McDonald’s with its burger war antics. But the release of a controversial burger in 2020 created beef between Australia’s fast-food giants like never before.

Hungry Jack’s controversial burger, dubbed the ‘Big Jack’, is claimed to be almost identical to the golden arches’ famous ‘Big Mac’. The fast feud began to shape up when McDonald’s filed a trademark lawsuit against Hungry Jack’s, claiming its rival “imitated” its iconic recipe. With the fast-food players currently at war in the Federal Court, Hungry Jack’s is determined to prove to consumers its burgers are bigger and better than “some American burger”, with its special flame-grilled barbecue taste setting itself apart.

But are the burgers really better at Hungry Jack’s? Is this new creation a fresher take on an outdated recipe? Or a cheaper knock-off of a classic, internationally-renowned burger? Canstar Blue sought to find out what Australians think. 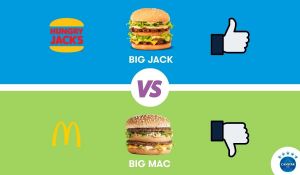 In a true battle of the fast-food giants, we surveyed more than 3,000 Aussies for their reviews of the burger they most recently chose to consume in the last three months. Respondents were asked to rate their satisfaction with their chosen burger on important factors such as taste, the quality of meat, quality of bun, quality of other ingredients, price and overall satisfaction.

Turns out, Hungry Jack’s take on the burger served up the best score in all categories. In terms of overall satisfaction, the Big Jack received a whopper of a score, achieving a 7.96 rating out of 10 compared with the Big Mac’s rating of 7.7. The table below shows the average ratings each burger received under each category.

A meal or no meal?

There’s nothing better than enjoying a burger with a crispy side of fries and a cold drink to satisfy a hungry appetite, especially if you can purchase it all together for a single price. Meal deals (arguably) are a strong contributor to the popularity of fast-food eateries. However, 36% of surveyed consumers who ate a Big Jack ordered the double-decker by itself rather than in a meal, compared with Big Mac eaters (29%) who less prefer purchasing the burger alone without the added benefit of sides. 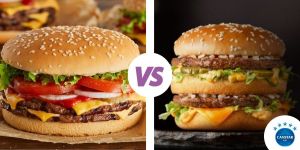 We all know that familiar, unpleasant, full feeling that can occur after binge-eating fast-food. So, which burger leaves us feeling more satisfied and less hungry? Our survey showed that 32% of respondents who ate a Big Mac admitted they were left dissatisfied and regretful post-consumption, whereas Big Jack consumers felt slightly more satisfied with their burger when comparing the two (29%). However, almost a quarter of Aussies still felt hungry after eating a Big Mac meal (25%) or Big Jack meal (24%).

What about next time?

So, the big question is, will people go back for more? Asked whether they would buy their chosen burger again next time they fancy some fast-food, there was no separating the two ‘patties’ as 46% of survey respondents on both sides said they would order a Big Mac or Big Jack again next time. Are those numbers a bit low? Maybe. You decide. 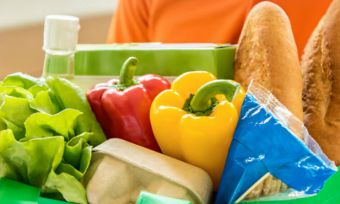