Since its launch, Disney+ has been a mainstay in many households looking to watch old Disney classics or catch the latest movies from Marvel and Star Wars. But as entertaining as these franchises can be, watching movies for free makes it even better, but does Disney+ offer a free trial in Australia? Find out in this Canstar Blue guide.

How do I get a free Disney Plus trial?

Unfortunately, it’s bad news for those looking to get in on some free Disney action. The streaming service cancelled their free trial option in Australia in mid-2020, and have no plans to return to it any time soon.

How much is a Disney+ subscription?

The content on Disney+ can only be accessed by paying a subscription fee, offering a monthly plan for $11.99, or a yearly subscription for $119.99. This has been increased from its original price of $8.99 per month or $89.99 per year due to the inclusion of Star and its library of content.

What is Disney+ Star?

Disney+ Star is a content hub within Disney+, filled with content designed for mature audiences. It delivers 455 new movies and 155 TV series to the streaming platform, including classics as well as Star originals, not available on any other platform. Anyone who already has a Disney+ account, or who signs up to Disney+, will be able to access the content in the Star library, meaning you don’t need to sign up to a separate account or service.

Premier Access is an additional feature on Disney+, giving subscribers the option to catch select movies ahead of a general release. Subscribers will have to pay an additional $35 fee to gain ‘premier access’ to these movies (essentially an advanced showing of the movie), with the movies generally released onto Disney+ a few months later down the track, which can be watched without an additional fee. However, if you do purchase a Premium Access movie, you can watch it as many times as you like, helping to take some of the sting out of the cost.

Viewers can view current Premier Access films by tapping the Premier Access title on the Disney+ home screen. This will allow you to choose the movie you’re after, pay the $35 fee and watch the film. 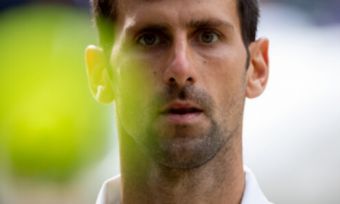 How to watch Wimbledon 2022 in Australia