There’s never a dull day in the Aussie streaming market, with plenty of services to choose from. If you’re after something specific, services like Shudder and Funimation specialise in certain genres and shows, while the big names of Netflix and Stan offering plenty for viewers to watch, regardless of whatever genre they want. But if you’re the mood for something silly, something that you just can’t believe exists, or you simply want something that’s free, then maybe Tubi might be for you. But what is Tubi, and how can you get it? Find out all you need to know about Tubi with this Canstar Blue guide.

Tubi is an American streaming service owned by the Fox Corporation, that was first launched in 2014, before coming to Australia in 2019. Its niche is that it’s completely free, and has a wide variety of shows and movies available in its library, although don’t expect A-List movies, with the majority of these titles safely in the ‘bottom of the barrel’ category. However, if you don’t have high expectations for your movies, it can be a wild night in.

How much does Tubi cost?

Tubi is a completely free service, with no sign-up or subscription fee, although you’ll have to put up with regular ad breaks throughout your viewing, similar to how Spotify’s free tier works.

Titles on Tubi include:

If you want to get a taste of what movies you should start with, check out our guide on the best movies on Tubi.

If you’re after some more mainstream movies, check out BINGE! Prices start at $10 per month for a basic package and go up to $18 per month. Check out the plan inclusions in the below table. This table includes links to a referral partner.

What devices are compatible with Tubi?

Tubi is available to stream on a number of compatible devices, including Roku and Amazon Fire TV, iOS and Android mobile devices, gaming consoles, as well as Smart TVs, including select Samsung and Sony models. You can also stream directly via the Tubi website via your browser.

Is Tubi worth it?

They say you get what you pay for, and that can particularly true in Tubi’s case. While it doesn’t cost you a cent to sign up or watch, the movies on hand are some of the most ridiculous titles you’ve seen, with the likes of Titanic II and Ants on a Plane enticing you in. However, there are a few golden nuggets in there, and even bad movies can make for a good movie night, so if you’re looking to save your money for more popcorn, Tubi might be the streaming service for you.

After some classics? Check out Disney+! With two plans to choose from – a monthly subscription at $11.99 per month, or prepay for a year at $119.99 – both plans include the same features, with unlimited downloads and the ability to stream on up to four screens at the same time. This table includes links to a referral partner. 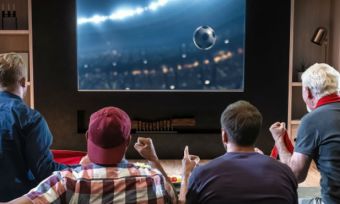 How to watch the FIFA Club World Cup in Australia

How to watch Legendary in Australia

How to watch Voir in Australia