The world of sport is a vast and tricky one to navigate, with fans bombarded by hundreds of options to choose from every day. Even for fans who know what they’re looking for, working out which streaming services show certain sports can be a full-time job in itself. Thankfully, Canstar Blue is here to help you sit back, relax and enjoy the game, listing the upcoming sporting events, seasons and matches – as well as where you can watch them – for the month of October in this article. If you’re ready for kick-off, read on.

Sports to watch in October

October 2021 will see the NRL Grand Final and the Men’s T20 Cricket World Cup kicking off throughout the month, with the MLB World Series also beginning later in the month. The NHL will also kickstart their 2021-22 season, giving Mighty Duck fans something to get excited about, while the NBA will also start a new season. The regular seasons will also continue for the following codes:

Check out where you can watch each sport below. 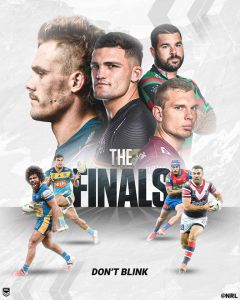 It’s that time of year again – footy finals are here. With the AFL season concluding a week before, the NRL will be reaching its apex on October 3 in Brisbane. At the time of writing it’s between the Melbourne Storm, Penrith Panthers, Manly Sea Eagles and South Sydney Rabbitohs, although as every footy fans knows, it can be anyone’s game.

If you’re an avid League fan, or just wanting to fit in with the festivities, be sure to tune in to the action on October 3. You can watch the final on Kayo, which offers live and on-demand coverage, as well as Fox League on Foxtel and Channel Nine for live coverage.

We’re moving over to the sub-continent as the T20 Men’s Cricket World Cup starts up in India. The West Indies move into the tournament as reigning champions despite being eighth in the ICC T20 rankings, while England will be looking for some silverware to finally come home, as they take the number-one ranked T20 squad into the tournament. Australia sits at an uncharacteristic fifth place in the rankings, but possess a bowling attack that torments even the worlds’ most battle-hardened batsmen.

The T20 Cricket World Cup will be available ad-free on Kayo and Foxtel when it starts October 17. Games will take place in the prime-time slot for Australian fans, however be sure to check your local guides for exact starting times.

Think cricket… but spice it up a bit. That’s most likely how the creator of baseball pitched his sport idea to a board of directors. And what an idea that was, as Major League Baseball fans across the globe once again turn their attention to the World Series. Featuring nations such as America, the World Series has cemented itself as the premier baseball competition worldwide.

Kicking off on October 26, both Kayo and Foxtel will be covering the MLB action, with ESPN being your one-stop-shop on Foxtel for American sports.

Watch the NHL in October 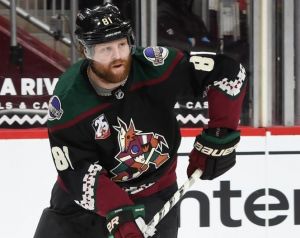 The 2021-22 NHL season will begin on October 12, with this season introducing a new team: the Seattle Kraken. The Tampa Bay Lightning are the reigning champions, and will look to make it another successful season. Multiple games and rounds of the NHL will be played in October, signalling the 105th season of the competition.

Watch the NBA in October

The NBA heads into yet another season in October, as the Milwaukee Bucks head into the season as champions. To catch the NBA action, tune into Kayo or ESPN, with each offering multiple games live and on-demand.

Watch the NFL in October

The season wrapped up about a quarter back, but the NFL will be back in October. If you’re looking to tune in to the gridiron action, or are still trying to understand the rules of the sport (no shame in it), check out Kayo and ESPN on Foxtel. 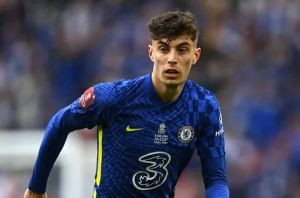 The top flight of English football will be into the swing of things in October , where Manchester City are the reigning champions and Brentford will be getting their first taste of the Premier League. Optus Sport will be the place to be if you’re looking to watch some high-quality football.