While some of us only tune into the Super Bowl half-time show, the NFL (National Football League) is a popular sport both in the U.S. and on a global scale. With an exhibition game played in London every year, and a number of Australians trying their hand at scoring touchdowns, American football appeals to plenty of fans around the world. But like most other American sports, Aussie fans have to contend with time zone challenges when it comes to watching their favourite teams take to the field. So where should you turn to for all your NFL action, and how much will it cost you? In this article, Canstar Blue investigates all your options before kick-off.

Australians can watch the NFL through Kayo, Foxtel, 7mate, and the NFL Game Pass, however each streaming service has varying levels of accessibility and content.

Watch the NFL on Kayo

Kayo offers live coverage of an average of five regular season NFL games per round, along with the NFL’s RedZone broadcast which takes fans ‘behind the scenes’ and offers highlights, potential match-ups and major talking points for every game. Kayo subscribers will also be able to tune into the NFL Playoffs, including the Super Bowl itself, although no on-demand replays will be available throughout the season.

For those who can’t get enough of their gridiron, Kayo also has live and on-demand replay coverage of select NCAA (college football) games, including the Playoffs and Bowl games, allowing you to stay up to date with future NFL stars.

Watch the NFL on Foxtel

Broadcasting via the ESPN and ESPN2 channels, Foxtel’s coverage of the NFL includes both live and on-demand replays of all regular season games, as well as the Playoffs, Pro Bowl and Super Bowl. You can catch the action via Foxtel Now or through the Foxtel App if your team is playing while you’re on the go. As with most Foxtel sports coverage, you’ll also have access to plenty of behind the scenes programs, as well as talk shows and analysis for fans who want to get the inside scoop for their fantasy football team.

Watch the NFL on 7mate

Offering a free-to-air option, 7mate broadcasts three regular-season games live per week, with the network also securing coverage of the Playoffs and a delayed broadcast of the Super Bowl. While the coverage will vary from state to state, if you want to see the NFL free or charge, it’s best to check your TV guide. 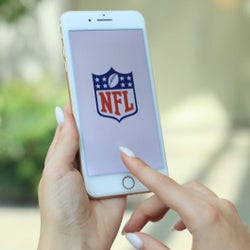 If you’re really looking to get stuck into the NFL season, then the NFL Game Pass may be something to consider, offering a subscription streaming service for games, along with a variety of extras, including condensed highlights for those pressed for time, or action replays of every game since 2009.

You can purchase a full season subscription for $274.99 per year, which is valid until July 31 2022, or there is a free subscription which grants highlights and news coverage of the NFL season. NFL Game Pass are also known to offer discounts and specials for sports fans, with past subscription options including the ‘Follow Your Team’ subscription, allowing you to catch all the action of your favourite team, including pre-season analysis and highlights, meaning if you’re looking for a deal, keeping an eye out will save you a bit of money down the line.

The action technically kicks off on August 6, 2021, where the Pittsburgh Steelers will play the Dallas Cowboys in a pre-season game. The start of the 2021 NFL regular season will kick off on September 10, 2021. Check your local guides for more information on when your team is playing this season.

Here are the fixtures and schedules for the Conference Championships the 2021-22 NFL season: