It’s a good time to be a Star Wars fan. The Mandalorian kept the good times rolling (Baby Yoda 4eva), and Disney announced late last year that plenty more from the universe far far away will be hitting our screens later in 2021 and 2022. And it’s particular good news for fans of The Clone Wars, with Star Wars: The Bad Batch looking to fill that clone-shaped hole in your heart. But where can you catch all the action of Star Wars: The Bad Batch in Australia? Find out in this Canstar Blue article.

How to watch Star Wars: The Bad Batch 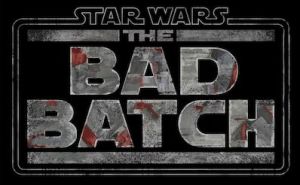 The full series of Star Wars: The Bad Batch will be available to stream exclusively on Disney+, with the series premiering on May 4, 2021.

What is Star Wars: The Bad Batch about?