Since some bloke called George Lucas took a gamble with his ‘epic space opera’ film in 1977, Star Wars has gone on to become a pop-culture phenomenon spanning decades and spawning the most successful film merchandising franchise in history. Whether you’re a die-hard fan or new to the Force, we’ve gone and located all the Star Wars movies on the net available to stream, rent or buy in Australia.

How to watch Star Wars in Australia

The Star Wars movies are all available to stream through Disney+, but they can also be rented or bought via YouTube Premium, iTunes and Microsoft Movies. For sheer convenience, Disney+ is hard to beat at just $8.99 per month.

Disney+ has the exclusive streaming rights to the Star Wars movie franchise, including episodes I to VIII and a number of spin-offs. Disney+ also has Original Star Wars content available to stream, like The Mandalorian, and has more content planned for 2020, including an upcoming series based on Obi-Wan Kenobi. If you’re not already a Disney+ subscriber, check out the plans below.

The existing Star Wars movies, as well as selected spin-off series and shorts, are available to rent or buy individually via YouTube Premium, with renting costing around $4 to $5, while buying costs around $20 to $25, depending on what definition you want.

The existing Star Wars movies and spin-off series are also available to buy or rent from either the iTunes Store or Microsoft Movies, depending on your compatible device.

Is Star Wars on Netflix or Stan?

Star Wars has featured on both Netflix and Stan in the past, but as Lucasfilm is now operating under the Disney brand, Star Wars content is no longer available on either streaming platform.

What Star Wars content is available to stream on Disney+?

As the sole streaming platform for Star Wars content in Australia, Disney+ has a variety of exclusive content plus your old favourites, including:

Disney+ also has a Star Wars Through the Years tab which lists all of its available Star Wars content in order of release, starting from Episode IV: A New Hope in 1977 through to The Mandalorian in 2019.

How to watch the Star Wars in chronological order?

The Star Wars films have been released as three trilogy installments over the years, in addition to the two standalone movies. The order of release, however, is not necessarily the order in which the events occur in the Star Wars universe.

Here is the chronological order of the Star Wars films and spin-offs: 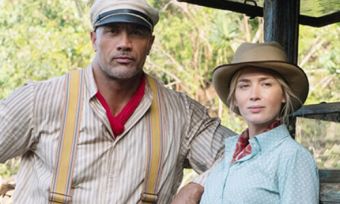 How to watch The Jungle Cruise in Australia

How to watch See in Australia