Probably best known for laptop sleeves and skins for smartphones, Belkin also offers a comprehensive range of wireless routers. All finished in a piano back colour, Belkin’s wireless routers range from the budget-friendly to the uncompromising, high performance models with gigabit speeds and dual-band capability. Compare the range of Belkin wireless routers below.

Belkin has a pretty comprehensive range of wireless routers, suitable for nearly any budget. But to get the latest and greatest, you usually have to spend over $200, but many cheaper options are available. 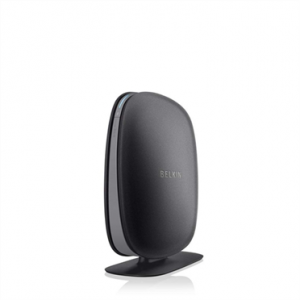 Belkin produces three routers boasting gigabit wireless speeds, and each has a few small yet important differences. The models are:

Prices for these routers are upwards of $200, ranging from about $220 up to $250. For the latest and greatest in what Belkin has got to offer, these routers may be a good option, but the brand does have some more budget-friendly options. 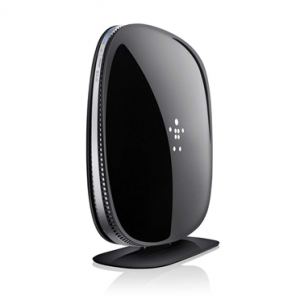 Belkin produces a fairly large range of ‘N’ routers, which are usually cheaper than the gigabit ones found above at the compromise of reduced maximum link speeds. Models in the series are:

The two N600 routers boast dual-band speeds, split 300Mbps/300Mbps between the 2.4Ghz and 5.0Ghz spectrums. They also come with one USB port for external hard drives, printers and media sharing. The two N300 models come with the 2.4Ghz spectrum and a maximum wireless speed up to 300Mbps, while the N150 provides speeds up to 150Mbps.

N600 models can be found for under $200; the N300 models under $100 and the N150 can be found under $80. While not many internet connections in Australia can fetch speeds higher than 100Mbps, it may be a good time to ‘future proof’ your router in time for the NBN, as improvements over the years mean your router could soon be outdated!

Is a Belkin Wireless Router Worth the Money?

Compared to other brands, Belkin produces a relatively concise range of routers, but it is a strong range. Belkin’s routers are all finished in a slick piano black, and boast class-leading technology such as gigabit speeds, USB ports and dual-band spectrums. Belkin routers also tend to be cheaper than other brands at the top-end, such as Netgear, as most routers are priced under $250.

In any case, Belkin represents a solid option if you’re in the market for a new wireless router – it may not possess the largest range, but there should be something for most budgets.