Whether you prefer the hum of tropical rainforests or the vast spectacles of the country’s arid centre, the trip to ‘The Tip’ from Cairns has it all. This lush paradise, where two World Heritage Areas – the Great Barrier Reef and the Daintree Rainforest – meet, has it all, from red dirt tracks and ancient Indigenous rock art to humid tropics and crocodiles galore. If you’re heading to the most northern point of Australia, here are some detours along the way to make it the trip one to remember.

Best places to stop between Cairns and Cape York

Starting from Cairns, here are 10 must-see attractions on your road trip up to Cape York: 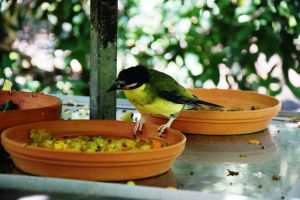 The Port Douglas Wildlife Habitat features a stunning array of native Australian animals, from the endangered Southern Cassowary to Lumholtz’s Tree Kangaroo, all in their own recreated natural environments. One of the Habitat’s most popular attractions is a tropical buffet breakfast with the birds at the Curlew Cafe and Bar, ideal for fueling up for the drive ahead while also getting close with Australian wildlife. 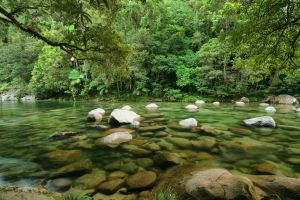 The Mossman Gorge, carved out of the World Heritage-listed Daintree Rainforest by the Mossman River, contains the oldest, continuously surviving rainforest on Earth. If that doesn’t impress you, the abundance of ancient flora and fauna combined with centuries of rich Indigenous history is sure to win you over. 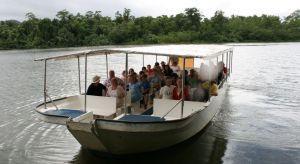 If you’d rather not trek through the Daintree to find hidden gorges, you might prefer to experience the rainforest and its wonders from a boat on the Daintree River. Daintree River Cruises boast sightings of rare wildlife, from crocodiles to a myriad of weird and wonderful insects, in one of the most densely populated mangrove estuaries in the world. 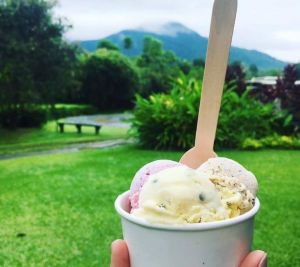 Established in 1993, the Daintree Ice Cream Company prides itself on using organically grown, seasonal fruits picked from the local orchard to be made into an exotic selection of ice cream, sorbets and gelatos onsite. Some of the deliciously unique flavours on offer include Mamey Sapote, Jackfruit and Mangosteen, although flavours vary depending on what’s in-season. 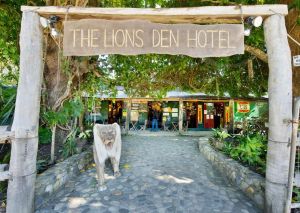 Established in 1875, the quirky Lions Den Hotel is a tourist favourite for the trip to the tip, and is considered an icon of Far North Queensland. Catch a break and stretch your legs here with a cool drink and a swim in one of the few safe water holes in the area, or stay overnight and enjoy the facilities on offer in the nearby campground, with live entertainment on weekends! 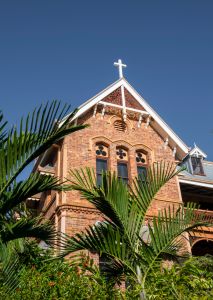 Not only does this museum chronicle the 48 days that Lt. James Cook and his crew were stranded after their ship ran aground on the Great Barrier Reef, it also houses an extensive collection of local Guugu Yimithirr artefacts. The museum tells the fascinating history of the interactions between Cook and the local indigenous people and their eventual reconciliation over turtle meat. If you have a few days to spare, there’s plenty more to see and do around Cooktown before you continue on your way, including the Black Mountain (Kalkajaka) National Park. 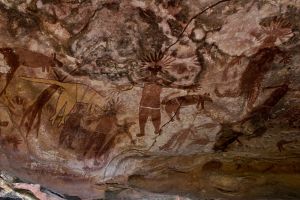 The Quinkan region is famous for its extensive body of prehistoric rock paintings, identified as being at least 15,000 and up to 30,000 years old! The guided tours provide a range of options of varying durations and difficulties, from a one hour easy walking tour of Split Rock to a three hour long tour of Giant Horse and Mushroom Rock for those a bit more adventurous. 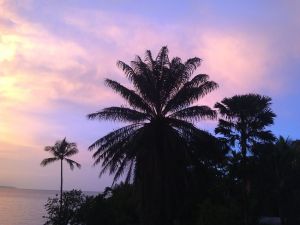 The tiny coastal community of Portland Roads sits adjacent to the Kutini-Payamu (Iron Range) National Park (CYPAL) and is famous for the dense forestry which falls away to reveal stretches of pristine white sands and crystal water. The nearby Chili Beach, located within the national park, is also a favourite for campers, however all camping in the park must be booked in advance, so be sure to plan ahead. 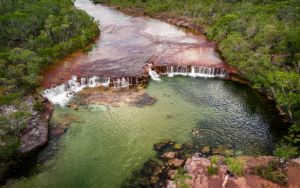 The Jardine River National Park in the remote northern tip of Australia is home to an abundance of natural wonders, including Alito Falls, Captain Billy Landing and Fruit Bat Falls. Unlike the majority of waterways in the Cape York Peninsula – which are infested with crocodiles – Fruit Bat Falls is a gorgeous swimming hole that will be a welcome reprieve from the car as you near the end of your trip. 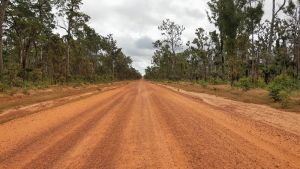 The final leg of the trek to the pointy end is not for the faint of heart. While you can meander up the Peninsular on the Northern Bypass Road, you can choose to take the Old Telegraph Track, considered the crème de la crème for many 4WD enthusiasts. The northern section between Bamaga Road and the Jardine River Ferry is especially known for sheer drops, steep creek crossings and slippery river banks, giving you a chance to end your journey with a thrill ride.

How long does it take to drive from Cairns to Cape York?

If you’re sticking to the highway, driving from Cairns to Cape York will take you around 13 hours, with the distance just over 1,000 kilometres. Many of the attractions however, are off of the main highway, meaning you may want to give yourself a bit more time to check out all the sights up north.

How to travel between Cairns and Cape York? 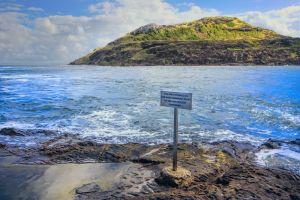 You can travel from Cairns to Cape York (and vice versa) by car or plane depending on your interests, budget and how long you want to spend travelling. Of course, if you want to visit the places above, driving is the only option, although you’ll have to decide whether you want to take your own wheels, or hire a car for the journey.

It’s worth keeping in mind that the majority of the roads to the above attractions require, or highly recommend, a 4WD, with many car hire companies not allowing a 2WD car to be taken further than Cooktown, meaning you’ll have to think ahead if you want to drive the whole way.

Is it worth driving from Cairns to Cape York?

With plenty to see and do along the way, the journey from Cairns to the tip of Cape York should be on everyone’s road trip to-do list, regardless of whether you’re looking to explore the natural World Heritage wonders or delve into Australia’s rich indigenous and colonial history and culture. Just be sure to give yourself plenty of time to see – and enjoy – the sights!